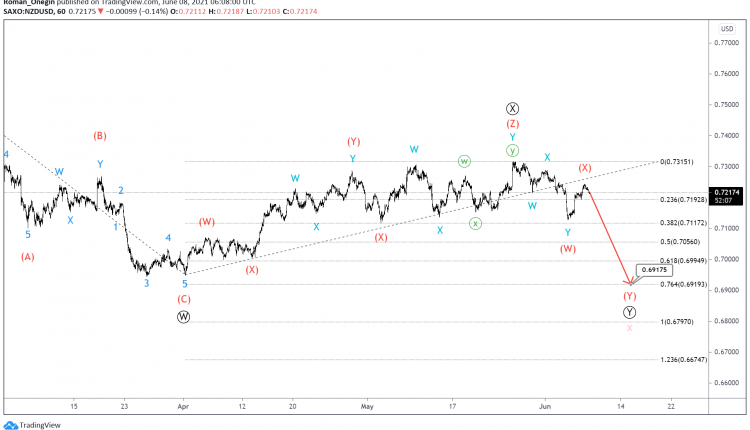 The current NZDUSD structure hints at the formation of a cycle intervening wave x. This is part of a large double zigzag.

The primary wave Ⓨ, suggests a double combination (W)-(X)-(Y) of the intermediate degree.

In the near future, we could see a decline in the intermediate final wave (Y) to 0.691. At that level, primary wave Ⓨ will be at the 76.4% Fibonacci extension of wave Ⓦ. 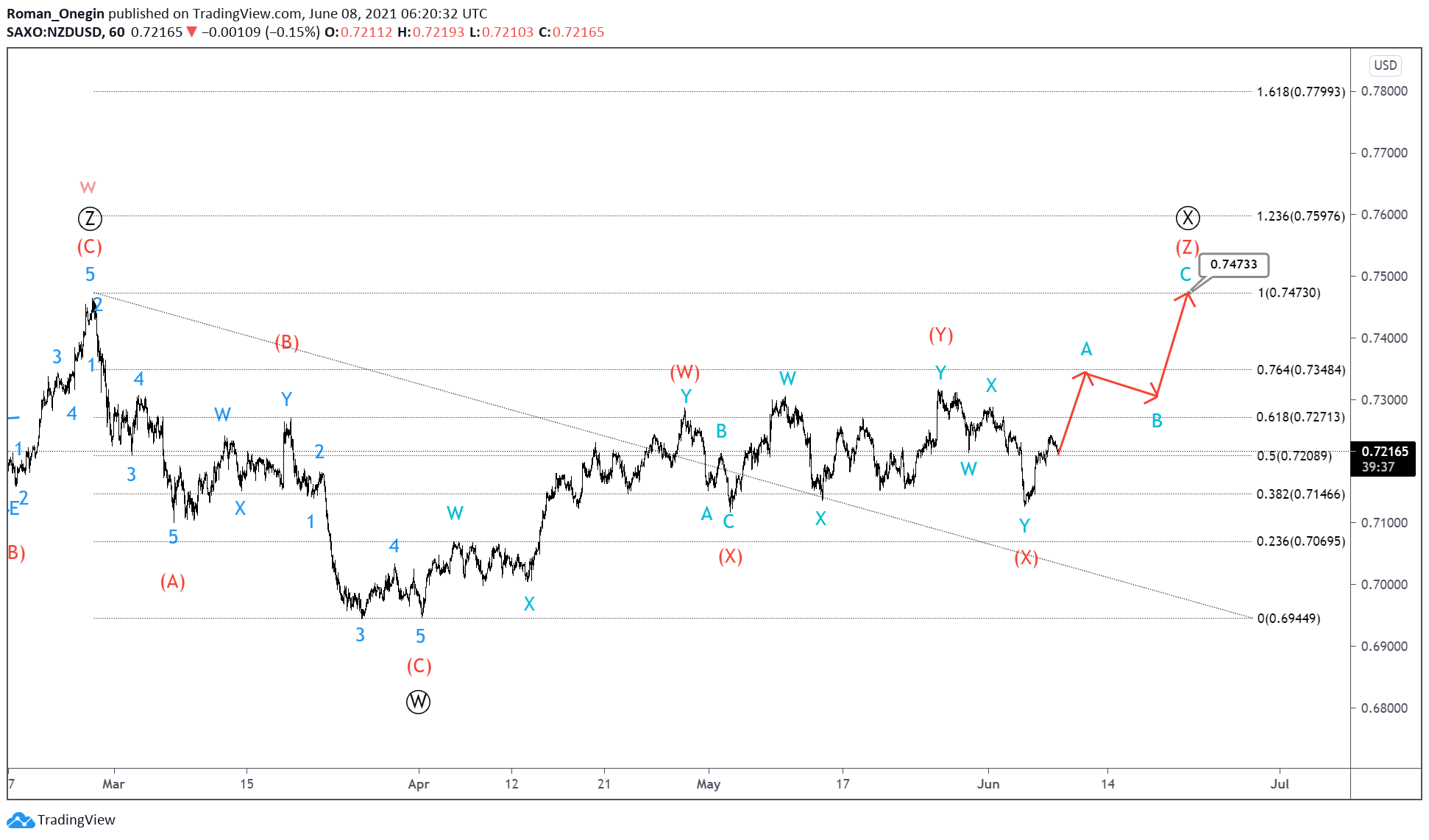 An alternative scenario shows that the primary intervening wave Ⓧ has not yet completed its pattern.

Judging by its internal structure, it is an intermediate triple zigzag, in which the second intervening wave (X) has recently ended. The wave (X) hints at a minor double zigzag.

Thus, at present, the market can form the initial part of the final actionary wave (Z). It seems that it can be a simple bullish A-B-C zigzag since the initial part is similar to the impulse.

The entire wave (Y) could complete at the level of 0.747, at which, primary sub-waves Ⓦ and Ⓧ will be equal.