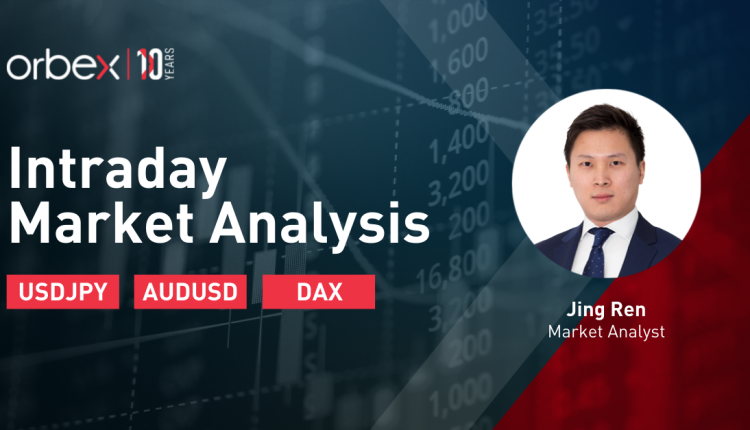 The Japanese yen bounces back after a rise in April’s retail trade figure, while the US dollar struggles to consolidate its gains above the psychological level of 111.00.

Yesterday’s bullish momentum above 110.85 has faded. This suggests a lack of commitment from the buy-side. Short-term price action could become vulnerable if 110.40 fails to hold. The pair may retest 109.80 should that happen.

The Australian dollar pulls back as risk appetite abates earlier this week. The pair has met resistance at 0.7610, previously a demand zone now turned into a supply zone.

Sentiment remains mixed after the mid-June sell-off. Indeed, buyers are likely to test the water before committing themselves.

The Dax 30 inches up, thanks to the support from last week’s recovery momentum.

Price action has spent the past week consolidating gains after a V-shaped rebound. The narrowing range indicates stiff pressure from both sides and a breakout would dictate the direction for the days to come.

The bulls are striving to push back to the previous high at 15800. Then the psychological all-time high of 16000 would be within reach. On the downside, a drop below 15500 would prolong the correction to 15400.