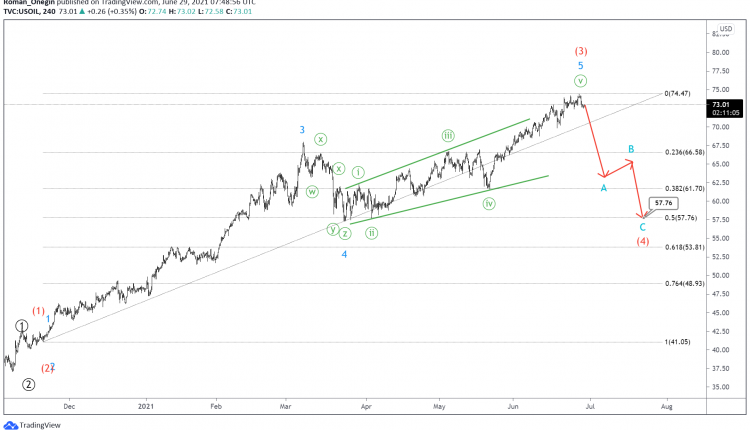 The current structure suggests that USOIL is forming a bullish impulse trend. After the end of the primary sub-waves ① and ②, the market continues to rise in the primary third wave. Wave ③ consists of sub-waves ①-②-③-④-⑤ of the intermediate degree.

The intermediate wave (3) has most likely come to an end. The last wave of which has taken the form of an ending diagonal. 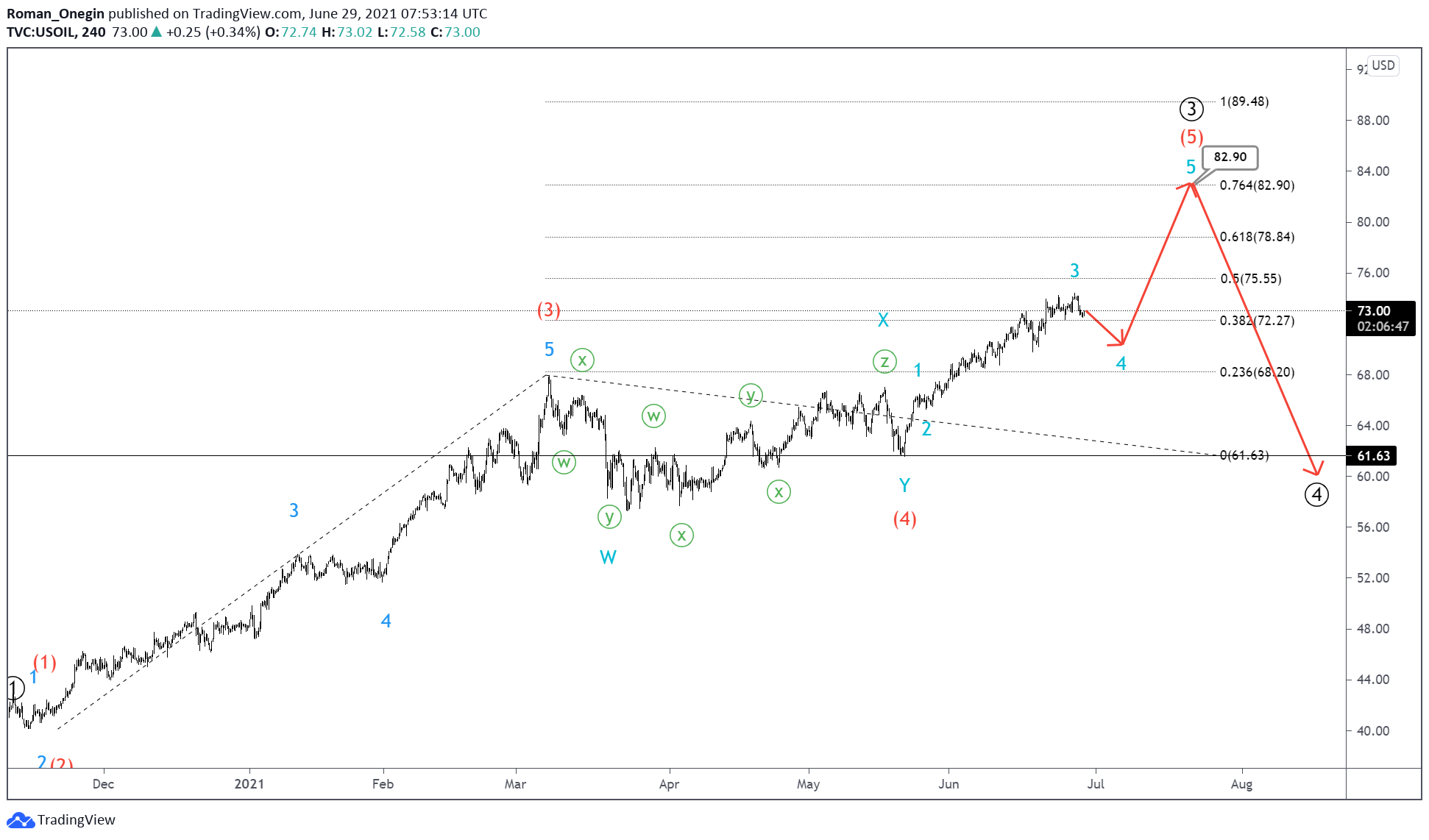 Let’s consider an alternative scenario in which the formation of the primary impulse wave ③ is already close to the end.

After the end of the entire primary wave ③, a move below the primary correction ④ is likely.