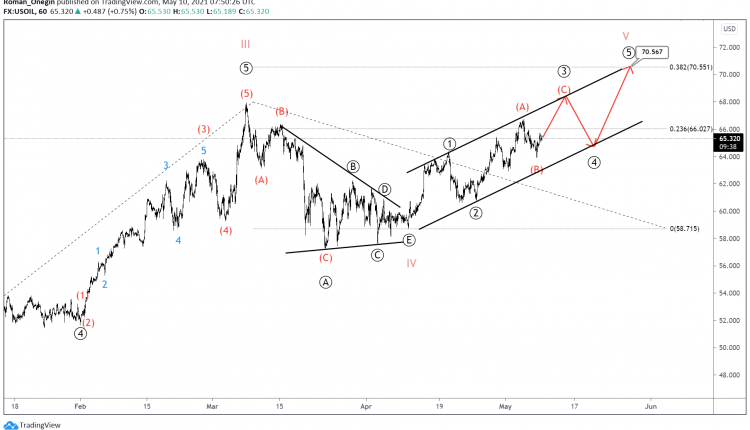 USOIL is forming a major impulse of a cycle degree, which has recently completed the horizontal correction IV.

Correction IV took the pattern of a contracting Ⓐ-Ⓑ-Ⓒ-Ⓓ-Ⓔ triangle of the primary degree. Then the price started to rise in a cycle wave V. It seems that wave V will take the form of an ending diagonal because we see a powerful corrective wave ①, which is typical for diagonals.

In the near future, we could expect the development of the primary corrective sub-waves ③-④-⑤ inside the channel, as shown in the chart. 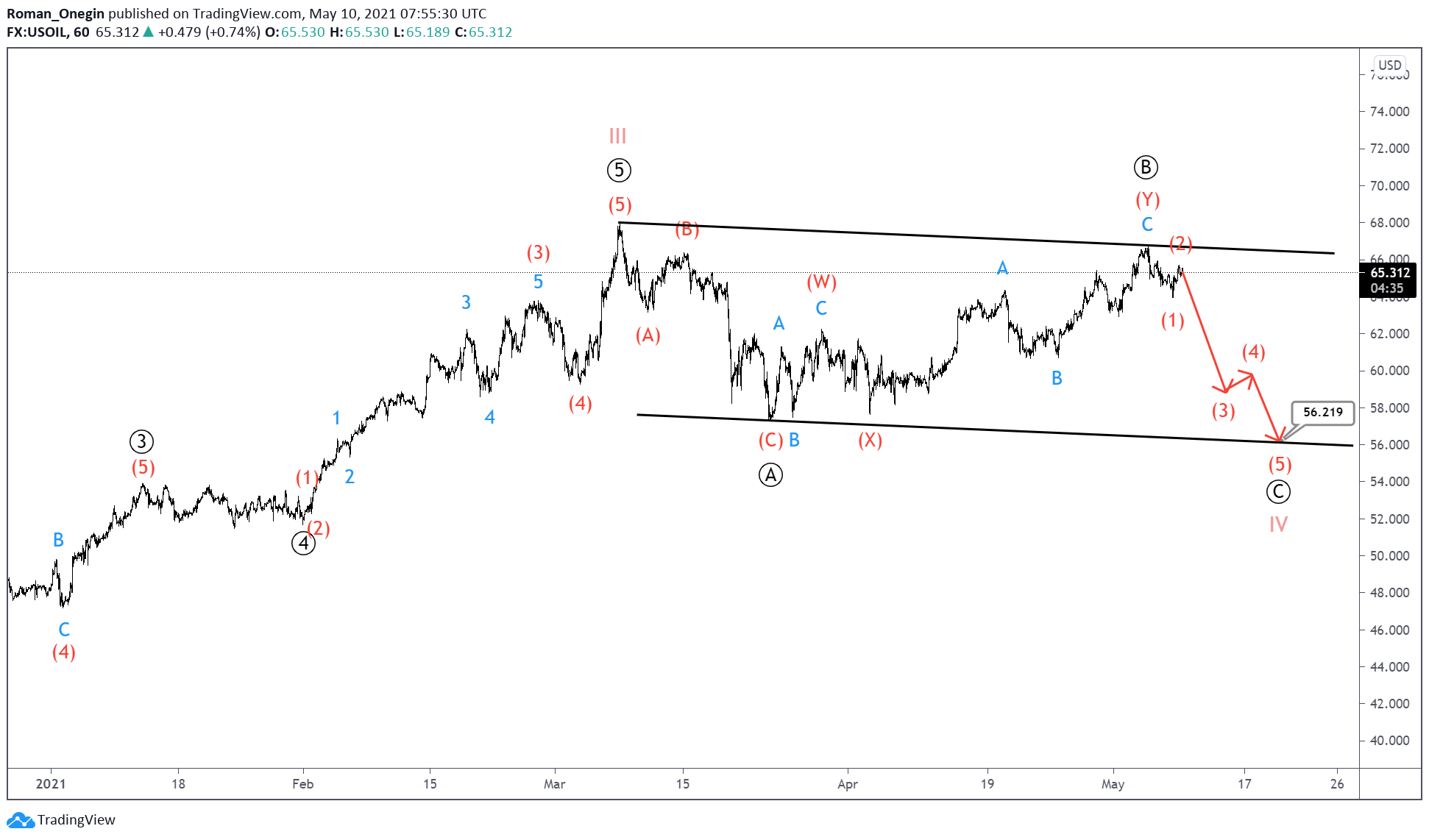 An alternative scenario suggests an incomplete cycle correction IV. In this view, it can take the form of a flat Ⓐ-Ⓑ-Ⓒ.

Most likely, the first two corrective waves Ⓐ-Ⓑ are formed. The final wave Ⓒ, which will take the form of a 5-wave impulse, has just begun. Like all impulses, it will have five sub-waves. We have schematically shown its possible structure by intermediate waves (1)-(2)-(3)-(4)-(5).

Thus, in the near future, we can expect a decline in the price to 56.21, which is on the support line.