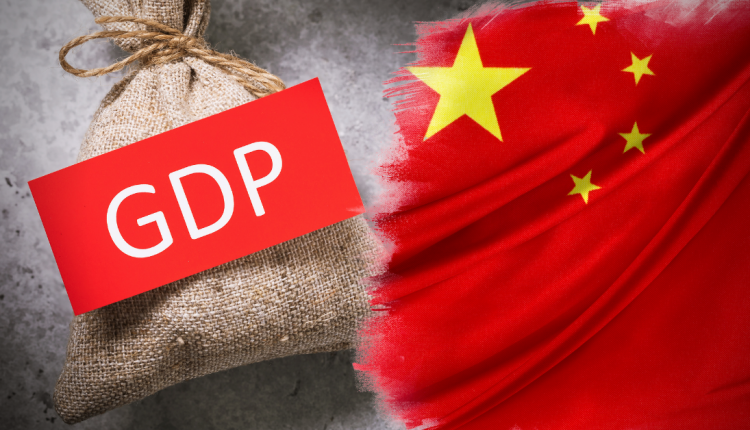 The markets are on tenterhooks ahead of the release of the first GDP figures from one of the world’s major economies for the first quarter.

Most of the world saw a second wave of covid cases far exceeding the first, with a return of extended lockdowns. Europe is projected to slip back into a technical recession.

But, China is expected to once again be the stand-out and exception. Which is not surprising, because the country has been engaged in massive spending on infrastructure to support its domestic market.

It’s this investment that has been propping up commodity prices.

Getting a precise figure is somewhat difficult, but we do know that the Chinese Treasury issued 70% more bonds last year than the prior, suggesting a significant increase in spending.

The state of play

Officially, China’s economy took a major hit in the first quarter of last year, shrinking by 9.7%.

However, it recovered completely in the second quarter and subsequently grew at twice the pace prior to the pandemic. This allowed the Asian Giant to close out 2020 with 6.5% GDP growth, an improvement over the prior years.

The government targets growth of 6.0% this year; but international economists are more optimistic, forecasting growth of around 8.5%.

The consensus is that China will have higher results at the start of the year, compared to the prior. But the back half will see a generalized slowing of the trend, as the global economy normalizes.

Quarterly change in GDP for Q1 is projected to come in at +1.5% compared to +2.6% in the prior quarter. Although a nominal slowing of the pace of growth, this is still higher than the average growth in the pre-pandemic period.

What’s likely to grab the headlines is the annual growth, comparing Q1 of this year to one year ago. That’s projected to come in at a whopping +18.9% compared to 6.5% last quarter.

However, that’s mostly explained by the economic impact of covid during the first quarter last year. So, it might get media attention, but the real growth rate is still within a “normal” (for China) range.

The other potential market shakers

Also at the same time, we have the release of other key data which under the circumstances, might be just as market moving.

Retail sales are expected to show a slowing of the pace of growth to +28% compared to +33.8% prior. With most of the rest of the world locked down, China has had to rely more on its domestic market.

If consumers are spending less, then there could be a slowing of the economy later in the year. Also, that implies less future demand for imported goods from Japan, New Zealand, and Australia.

Concurrently, we also have industrial production for March, expected to nearly half its growth rate to 17.2% compared to 35.1% prior.

Of course, February saw uncharacteristically high growth because of the comparison in the middle of the pandemic. So, again, it might get some headlines and some shaky moves in the market but is still likely to be in line with the general trend seen so far.