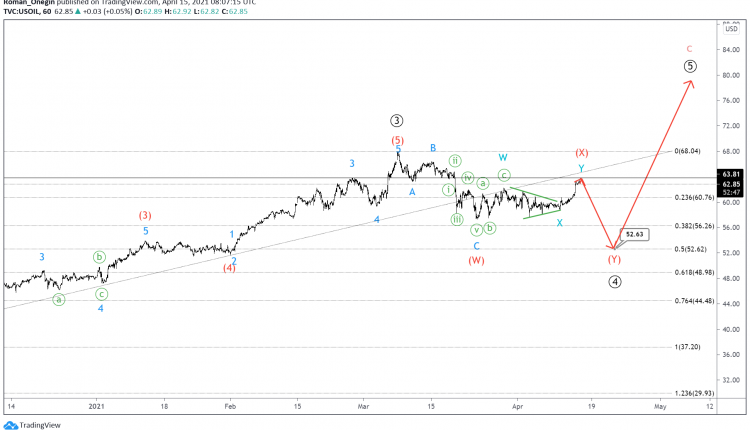 Wave ④ is still under development at the time of writing. This is the penultimate wave in the cycle impulse c.

The correction ④ consists of intermediate sub-waves (W)-(X)-(Y). The middle part of the intervening wave (X) is similar to a triangle.

Most likely, in the next few hours, the price will still rise slightly to the 63.81 area. At that level, minor waves Y and W will be equal by 100%. Then bears could send prices lower in the intermediate wave (Y) to the level of 52.63.

At that level, corrective ④ will be at 50% of impulse ③. 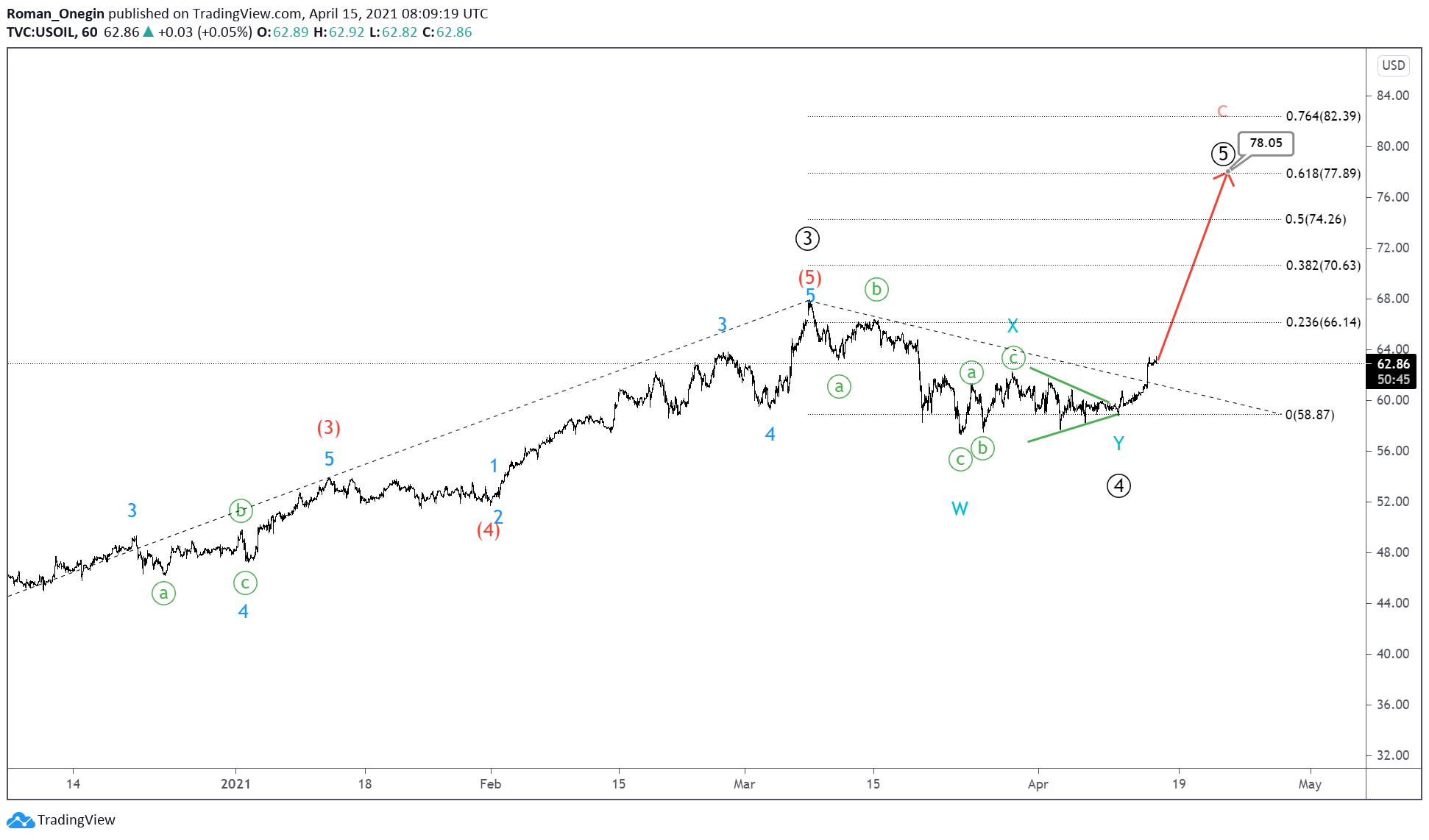 However, according to the alternative scenario, we can assume that the correction ④ is completed as a double three.

We are now in the initial part of the final primary wave ⑤. It is possible that this wave will end near 78.05.

At that level, it will be at 61.8% of impulse wave ③. The most popular coefficient found in impulses.

The Week Ahead: Market expects Hawkish Shift from ECB

The Week Ahead: Market expects Hawkish Shift from ECB