The Week Ahead: New Deal Version 2021

Dollar assets rise along US optimism 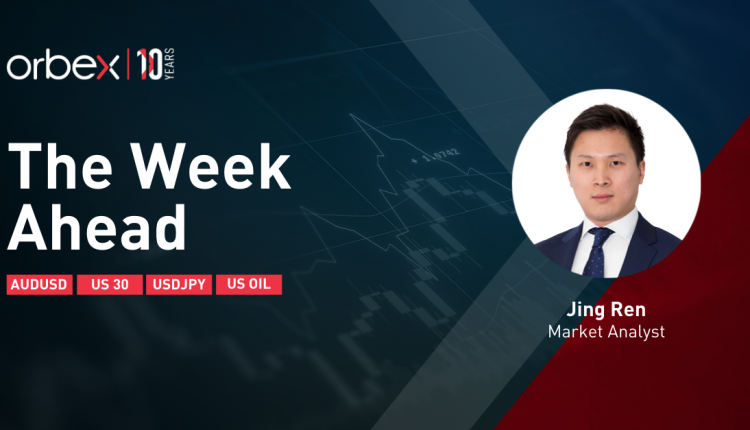 Sentiment for the dollar remains upbeat as the pair bounces back to its pre-pandemic level from a year ago.

The US labor market showed solid growth again in March with 916k jobs added. The combination of economic optimism and higher Treasury yields is likely to carry the buck in the weeks to come.

The short side reversing their trades could be the last cornerstone in the dollar’s turnaround.

The pair is heading towards March 2020’s high at 111.70. Though the rally may have over-extended and a correction would not be a surprise. If so, 108.50 around the 30-day moving average is the immediate support.

AUDUSD tanks as the US spearheads recovery

This search for higher risk-adjusted return may have shifted sentiment in favor of the greenback now that the US recovery is gaining momentum.

Nevertheless, an upbeat outlook from this week’s RBA meeting, backed by a resilient labor market may close the gap as the Aussie goes into consolidation under 0.7800.

A bearish breakout below 0.7590 could trigger more buyers to bail out of the year-long rally. 0.7340 would be the target if the current correction deepens.

US 30 rallies on stimulus plan

Despite a rise in the corporate tax rate to 28% from 21% which would hurt shareholders’ pockets, the prospect of avoiding a recession seems to outweigh a shortfall in profitability.

Big industrial and financial names within the Dow Jones 30 are positioned to benefit from an as ambitious plan as Roosevelt’s New Deal.

The index is grinding higher along the 30-day moving average with 34000 as the next mark. In the case of a retracement, 30600 is support where trend followers are likely to buy the dip.

US crude is clinging to its recent gains as traders weigh the balance between supply and demand.

Though OPEC+ has decided to gradually increase oil output over the next three months, it may not be a bearish factor if it is a reaction to heightened demand.

With the US spearheading the economy reopening in the western hemisphere, the world’s oil consumption might have bottomed out.

What this means is that the current sideways action could be a mere consolidation before another round of rallies above 67.90.

In this case, 52.00 would be a key support to maintain the uptrend.