The Week Ahead: Grass is Greener on the Other Side 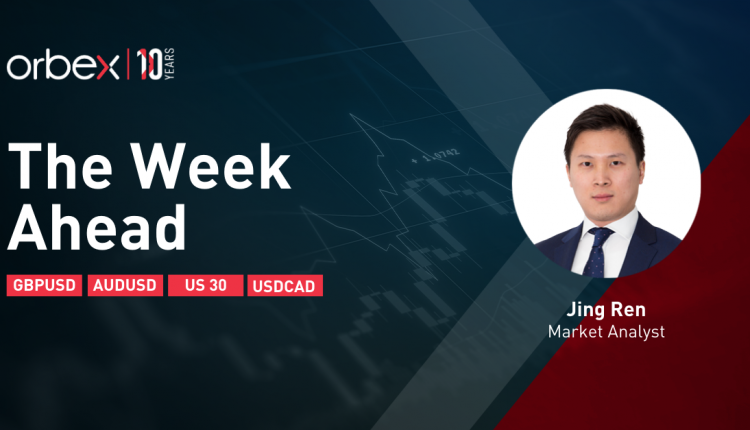 The Canadian dollar continues to outperform its southern neighbour as their central banks’ attitudes diverge. The BoC’s hint at normalizing its monetary policy next year, sooner than the US Fed has put the loonie on the launchpad.

Traders would like to see resilience in the labour market to back the central bank’s confidence. A rise in hourly wages, a proxy for inflation would further lift the loonie.

Besides, higher oil prices have a knock-on effect on the commodity-linked currency. The pair’s downtrend remains intact as long as 1.2650 stays put. September 2017’s low at 1.2060 would be the next target.

The pound recovers from a combination of a softer US dollar and traders’ repositioning ahead of this week’s BoE meeting. After benefiting from the vaccine rollout, Sterling will need a new catalyst to maintain the lead.

Markets would pay close attention to the impact of the UK’s lockdown easing measures, and most importantly, how the central bank would tweak its policy accordingly.

An upbeat outlook may provide enough impetus to push through the psychological level of 1.4000. This could trigger an extended rally beyond 1.4200.

On the downside, 1.3670 remains a critical support.

The Australian dollar shows a steady recovery backed by strong tailwinds. Growth in China and rising iron ore prices push up demand for the commodity-linked currency.

A weaker US dollar across the board also gives the Aussie the opportunity to reclaim the spotlight. This week’s RBA meeting could be the straw that breaks the greenback’s back should the central bank adopt a more hawkish tone than the Fed.

An upbeat outlook could propel the Aussie above the supply zone around 0.7830.

The rally would then gain impetus towards the psychological level of 0.8000. 0.7550 remains a major support in case of a pullback.

US 30 grinds higher on upbeat earnings

Equity markets stay buoyant as robust corporate earnings solidify investors’ confidence. While concerns of high valuation have not dissipated, they would only be a problem if earnings fall short of expectations.

Strong performance from big industrial and consumer names like Caterpillar and McDonald’s is an indication that the US economy is picking up steam. This is mirrored in the Dow Jones’ climb along a rising trendline.

A temporary pullback is likely after the latest episode of rallies. The demand area between the line and the 30-day moving average is the immediate support.

A deeper retracement would test 32300.