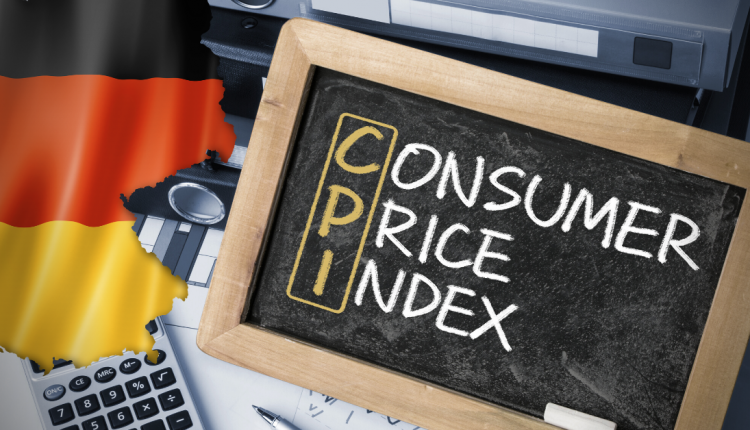 So far this year, inflation from Europe’s largest economy has been above expectations, providing something of a wrinkle in euro forecasts.

The euro area has spent a smaller amount as a percentage of GDP to support the economy through the pandemic. This led many analysts to suspect they were less likely to have higher inflation than their major trading partners such as the US, the UK, and Japan.

Inflation has been muted through most of last year. However, even as lockdowns were tightened during the second wave of the pandemic, German CPI took an excursion higher.

Of course, part of that might be explained by the increased cost of logistics due to the pandemic itself.

The safety measures to slow the spread reduce efficiency. This means that the cost of production has increased.

As consumer confidence remains steady, those increased costs can be easier to pass on to customers. The rise in inflation over the last three months might be explainable by a short-term phenomenon related to the pandemic.

In that vein, producer prices have been on the rise since December. In fact, they are now 3% higher than they were at the end of last autumn.

The increased cost of goods leaving the factory has to be compensated for somehow. With retailer margins already under massive pressure, it is probably inevitable that those costs will simply be passed on.

Tomorrow we get the revised figures for German inflation.

The market is mostly focusing on the Harmonized Consumer Price Index (HCPI). The general expectation is that there will be a confirmation of the preliminary figures. But, if there is a deviation, we could see some reaction in the market. Especially if there is a revision to the upside.

Expectations are for German March HCPI to come in at 2.0% annualized, confirming a substantial acceleration from the 1.6% reported in February.

We should remember that normally the ECB targets annualized harmonized inflation of 2.0%. So, we are close to when the ECB will have to address the issue.

The rise in HCPI is driven by a monthly jump of 0.5% projected, compared to 0.6% in February.

First-quarter CPI has risen by over 2.4% cumulatively, should the figures be confirmed. Let’s not forget that during that period, Germany re-entered lockdowns and economic activity has fallen into negative territory.

Were it not for the expectation of the “short term” effect of the pandemic, Germany would meet the criteria for “stagflation”. And there would be alarm bells in all the regulatory agencies. However, the ECB is likely to stick to current policy to support the economy, even if at the cost of higher inflation.

The question is how the market will react when ECB members finally have to address the issue. That could lead to some increased strength in the shared currency.