German CPI Tomorrow: Why the Euro Might Need Inflation 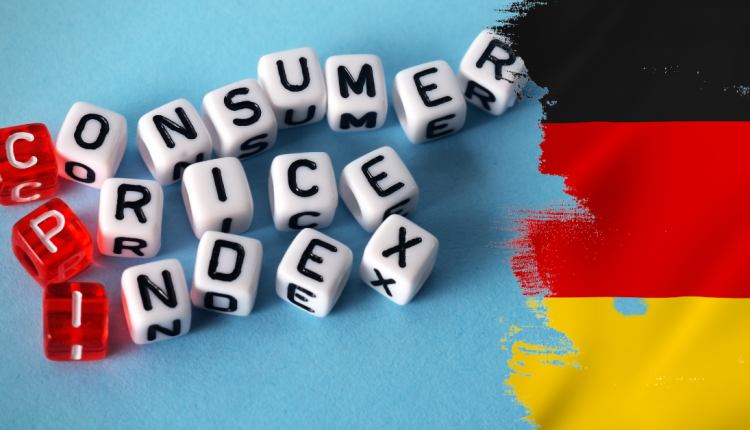 Tomorrow’s big event for euro traders is likely to be the release of German Consumer Price Index data for March.

While the data itself is important enough to move the markets, there are some underlying trends that could affect European markets. Specifically, there is a chance for European assets to disconnect from the world trend, opening a few trade opportunities.

Let’s start with the expectations for tomorrow. Of all the different inflation data coming out, the one we want to focus on is the Harmonized Index of Consumer Prices (HICP).

This is basically Germany’s inflation, adjusted to track with the rest of Europe. Projections are for it to slip to an annualized rate of 1.6% compared to 2.0% in the prior measurement.

However, expectations are for the underlying monthly CPI to rise to 0.7% in comparison to 0.5% prior. Inflation in Germany was negative through the latter half of last year. It only jumped back to above pre-covid levels in January and February.

That said, even in the worst of the first covid wave, inflation was still relatively high. It was only when Germany reopened in the summer that inflation turned to deflation.

Around the world, there is concern about potential inflation.

Governments have put massive amounts of cash into the economy. Meanwhile, central banks have dramatically expanded the monetary base, and economic activity is anticipated to grow as the economy reopens.

If we consider those three elements for Europe, and Germany in particular, they are in a unique situation different from the rest of the world.

For starters, the EU has spent the least in covid relief as a percentage of GDP of all the major economies. This is understandable, because it’s not, in itself officially, a country.

But the constituent countries were already above debt targets. They had limited capacity to spend. More importantly, the spending isn’t directed primarily at consumers, but into infrastructure.

But bond yields have increased in Europe?

One of the signs the market expects inflation to go up is that bond yields rise. And that happened at the start of the year, with the roll-out of the vaccines.

There was a pretty strong consensus that Europe had a better chance of outperforming its peers, as it had more recovery to do. But by February, it became pretty clear that Europe was lagging far behind in the vaccine rollout, and new lockdowns would be necessary.

Even before the latest announcements on confinements, bond yields had been moving lower, with the euro following suit.

With Europe not expected to vaccinate enough people until after the summer, the region could remain under economic stress. Low inflation could be a sign for bond yields to stay negative.

As other countries see their yields rise, the euro could remain under pressure for some time. It’s a good reason to keep an eye on CPI figures for now.