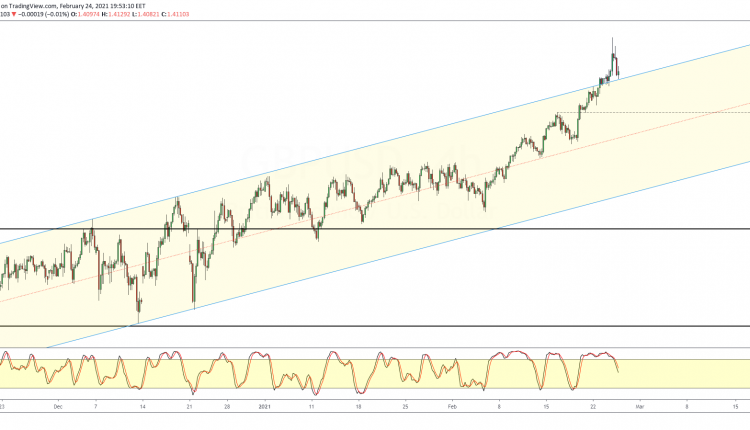 The British pound sterling rose to a fresh three-year high at 1.4140. But prices were rejected intraday with the currency pair likely to close bearish or flat.

Given that this pattern comes near the top end of the rally, it could potentially signal the start of a correction in the GBPUSD.

The cable has not made any decent pullbacks so far. Therefore, a close below Tuesday’s low of 1.4055 could spell trouble.

For the moment, prices might test the support area near 1.3950. This would mark a short-term correction in price action.

The Stochastics has also moved out from the overbought levels but could signal a reversal once again.

Euro Trades Subdued but Supported by the Trend-Line