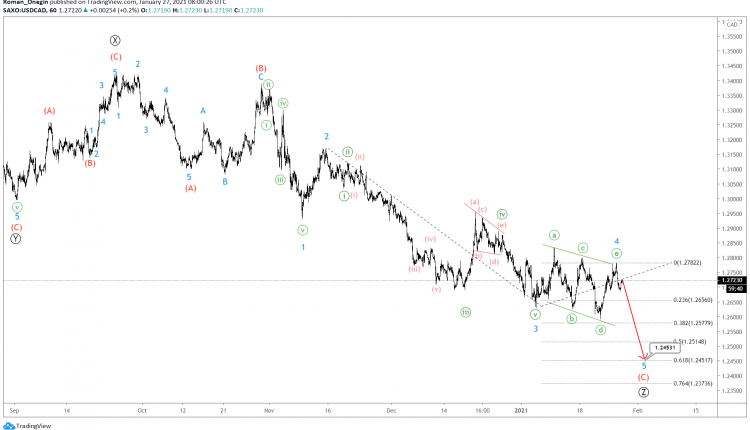 The USDCAD currency pair forms a primary wave Ⓩ which is part of a global triple zigzag.

The bearish wave Ⓩ takes the form of an intermediate (A)-(B)-(C) zigzag, with the final impulse wave (C) under development.

Minor corrective wave 4, which has taken the form of a skewed triangle, has ended.

In the short term, we expect USDCAD to devalue in wave 5 to the 1.245 area. At that level, it will be at the 61.8% Fibonacci extension of minor impulse 3. 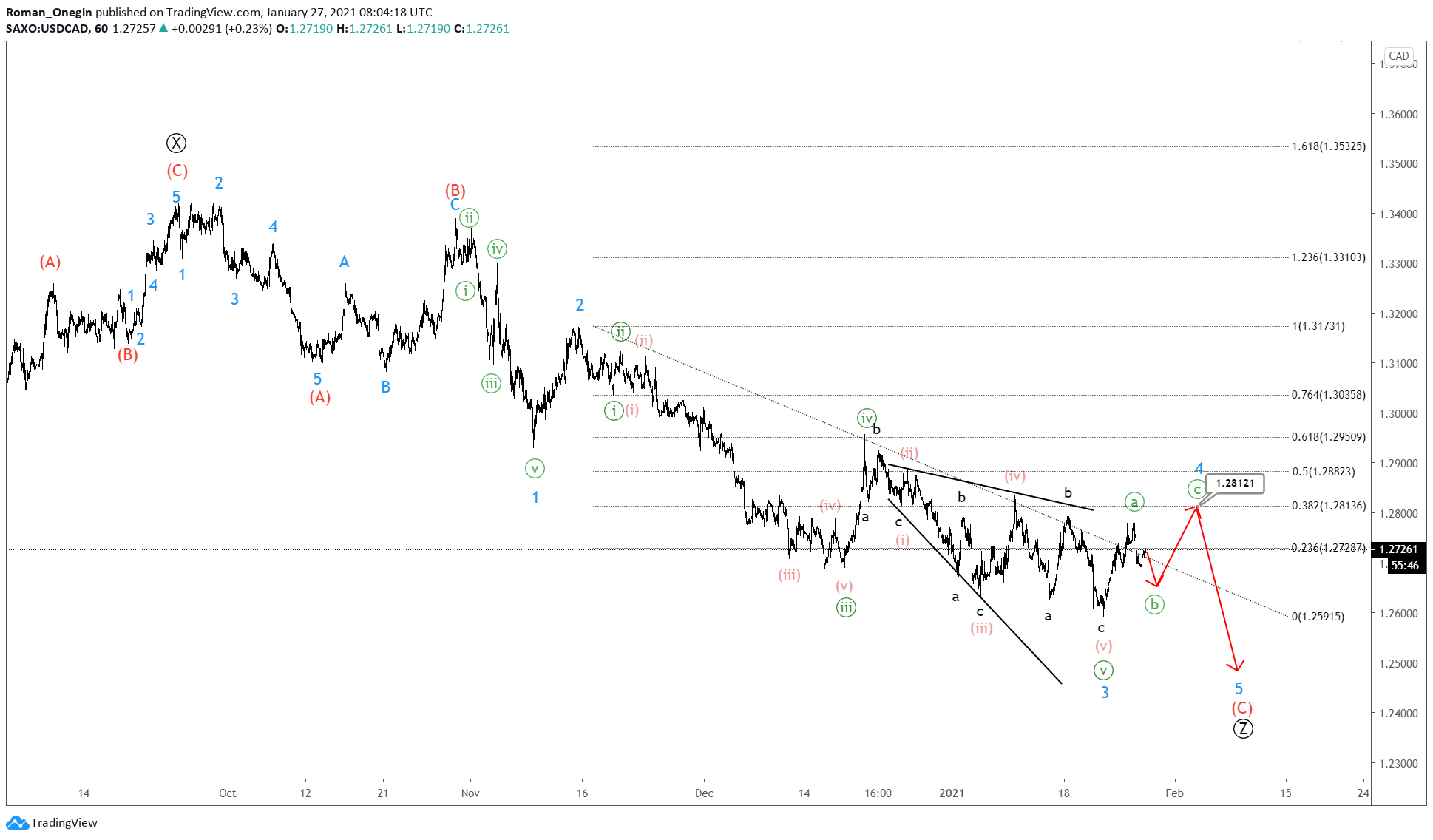 An alternative scenario shows that the minor correction wave 4 is still under construction.

The fifth-minute wave of the bearish impulse 3, which took the form of an ending diagonal, has completed.

In the near future, we could see the completion of correction wave ⓑ, after which an increase in the impulse ⓒ to the 1.281 area is possible. At that level, minor wave 4 will be at 38.2% of impulse 3.

Then we expect a bearish impulse decline in wave 5, as shown in the chart.

DXY Correction IV a Double Zigzag Or a Flat?

DXY Correction IV a Double Zigzag Or a Flat?