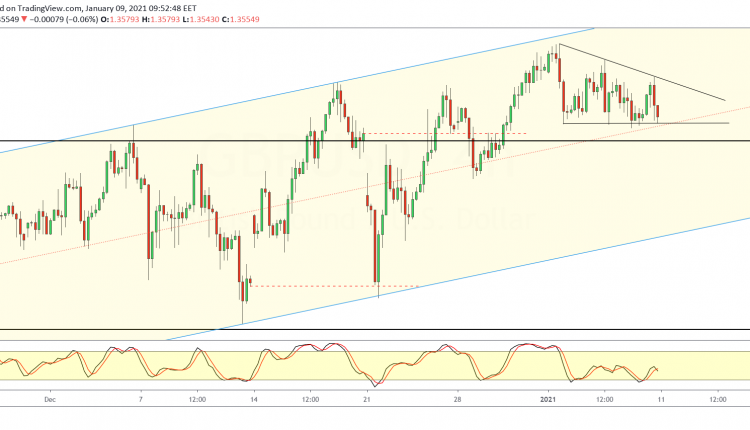 The British pound sterling is seen trading flat as the consolidation near the top end of the rally continues.

The cable has been in a strong volatile ride since late last year due to the Brexit trade talks. This has pushed the currency to test highs above 1.3650.

However, following the gains, price has been trading rather flat. On the short term charts, we see the consistent lower highs forming.

This could result in the descending triangle pattern likely to emerge. If the GBPUSD closes below the 1.3500 level of support, then we expect to see further declines lower.