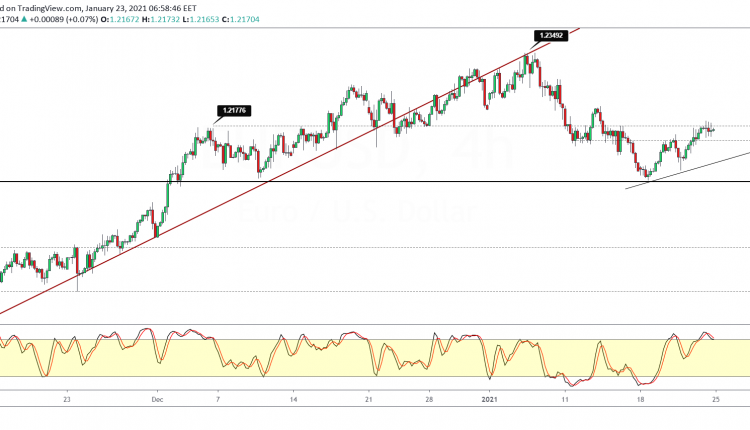 The euro currency continued its attempts to break out from the resistance area near 1.2177 and 1.2144.

However, price action closed somewhat flat, resulting in a Doji close on Friday. The Doji pattern in the resistance area could see a possible reversal.

However, the sentiment remains mixed for the moment. A strong bullish close could see the euro currency rising above 1.2177.

This will open the way forward for the EURUSD to retest the 6th January highs of 1.2349. Alternately, a bearish close following the Doji could signal a possible move back toward the 1.2050 level of support.

There is also an ascending triangle pattern emerging near the resistance area. A successful upside breakout puts the near term target toward the 6th January highs, if not closer.