Citi Rally Continues Ahead of Earnings 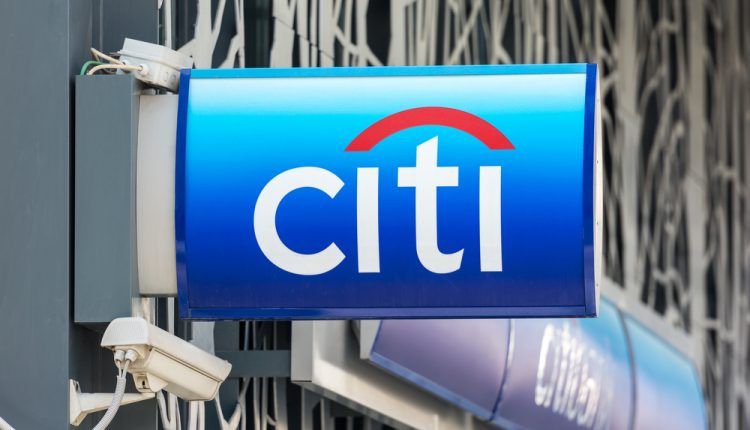 Shares in US banking giant Citi, the 3rd largest US bank by assets, are trading a little higher pre-market on Tuesday.  Citi shares have been on a firm rally over recent months, trading higher by 70% off the November lows.

The recent rally has been boosted by better than expected third-quarter earnings. Citi posted a 3Q EPS of $1.40, beating estimates for a $0.91 EPS. This result came on the back of an upside surprise in Q2 also. The bank posted second-quarter earnings per share of $0.50, beating estimates for a $0.36 EPS. Citi is due to report fourth-quarter results on Friday with Wall Street looking for a $1.32 EPS.

This week, Citi announced that its United Arab Emirates wealth-management business is planning to triple its assets over the next five years from $5 billion to $15 billion. The move is part of Citi’s push to strengthen its foothold in the Middle East.

Strategically, the bank is increasing its efforts as rivals begin scaling back their operations amidst global restructuring in response to the pandemic. Citi has been making a concerted effort to broaden its client base in emerging market economies such as Russia and South Africa, among 30 other countries.

The bank also announced this week that it will be pausing federal political donations in the US for the first three months of 2021 in the wake of the violence seen at Capitol Hill last week.

Citi is among a number of big names, such as Goldman Sachs, Google, Airbnb, Exxon who have confirmed they will be pausing donations, particularly to the 147 Republicans who opposed the results of the Electoral College count. 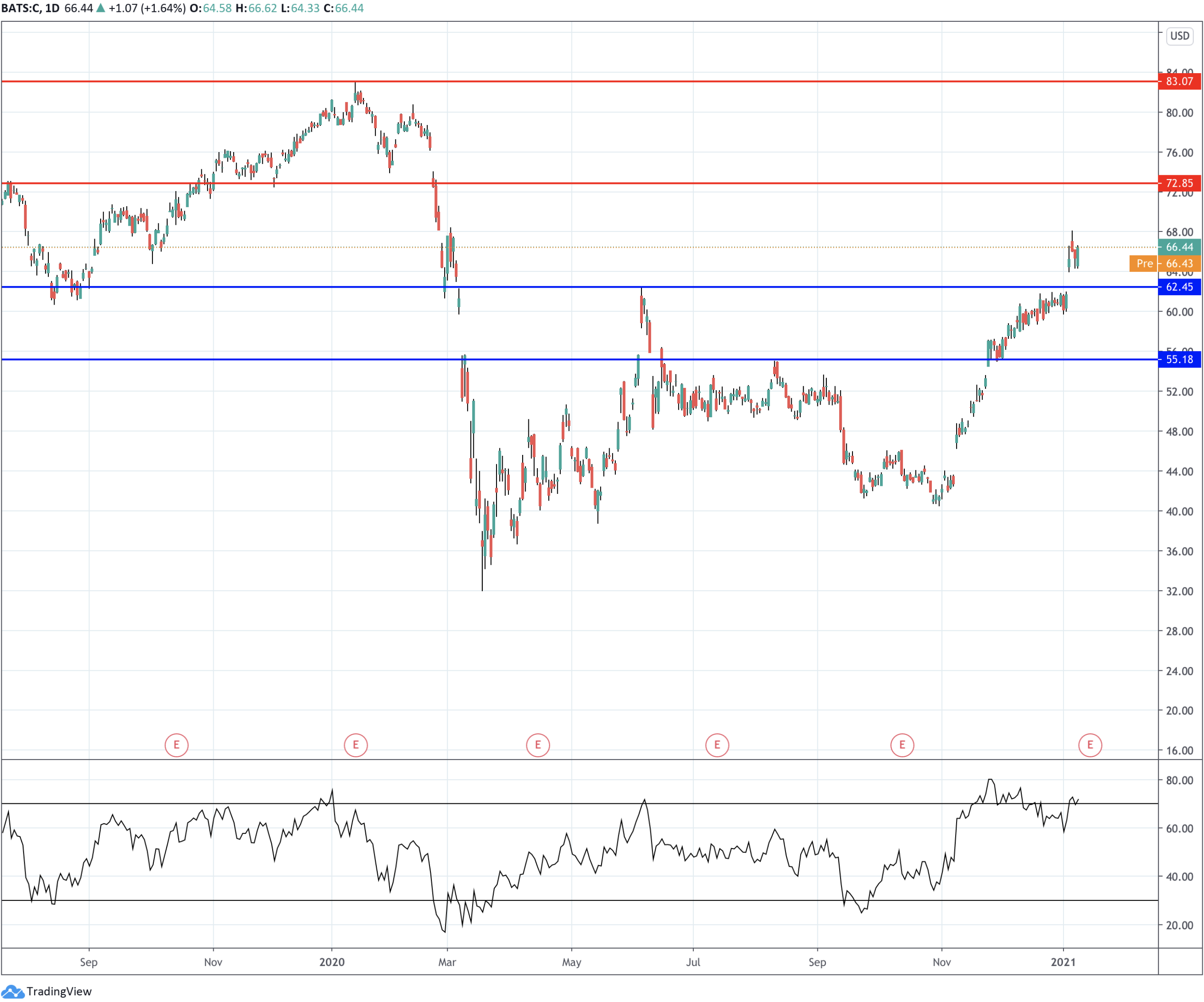 Shares have recently broken out above the 62.45 highs posted during the first recovery from the Q1 lows. While price remains above this support, the focus is on the continued upside and a test of the 72.85 level next.

Shares have rallied firmly off the November lows though momentum studies are flagging bearish divergence. Should price correct back beneath the 62.45 level, 55.18 is the next key support area to note. To the topside, a break of the 72.85 level will put the 83.07 highs back on the radar.