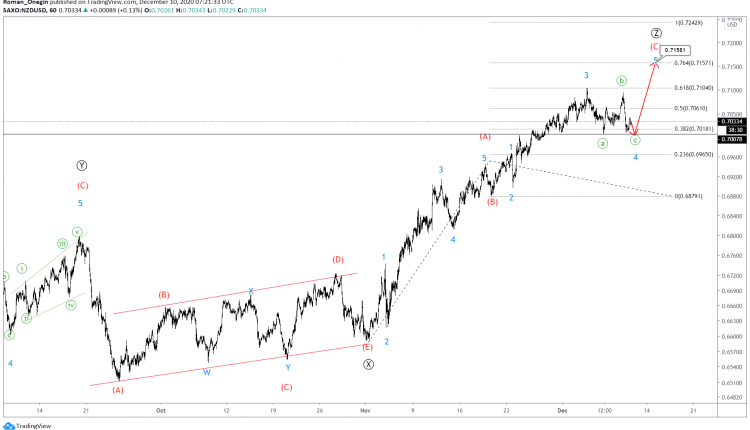 NZDUSD hints at the final part of the bullish triple zigzag formation.

After the completion of the primary intervening wave Ⓧ, which is a skewed triangle, we saw a rapid rise in the price in the last primary wave Ⓩ.

We could then see the final minor correction 4 near 0.700, which is the previous minimum formed by minute ⓐ. 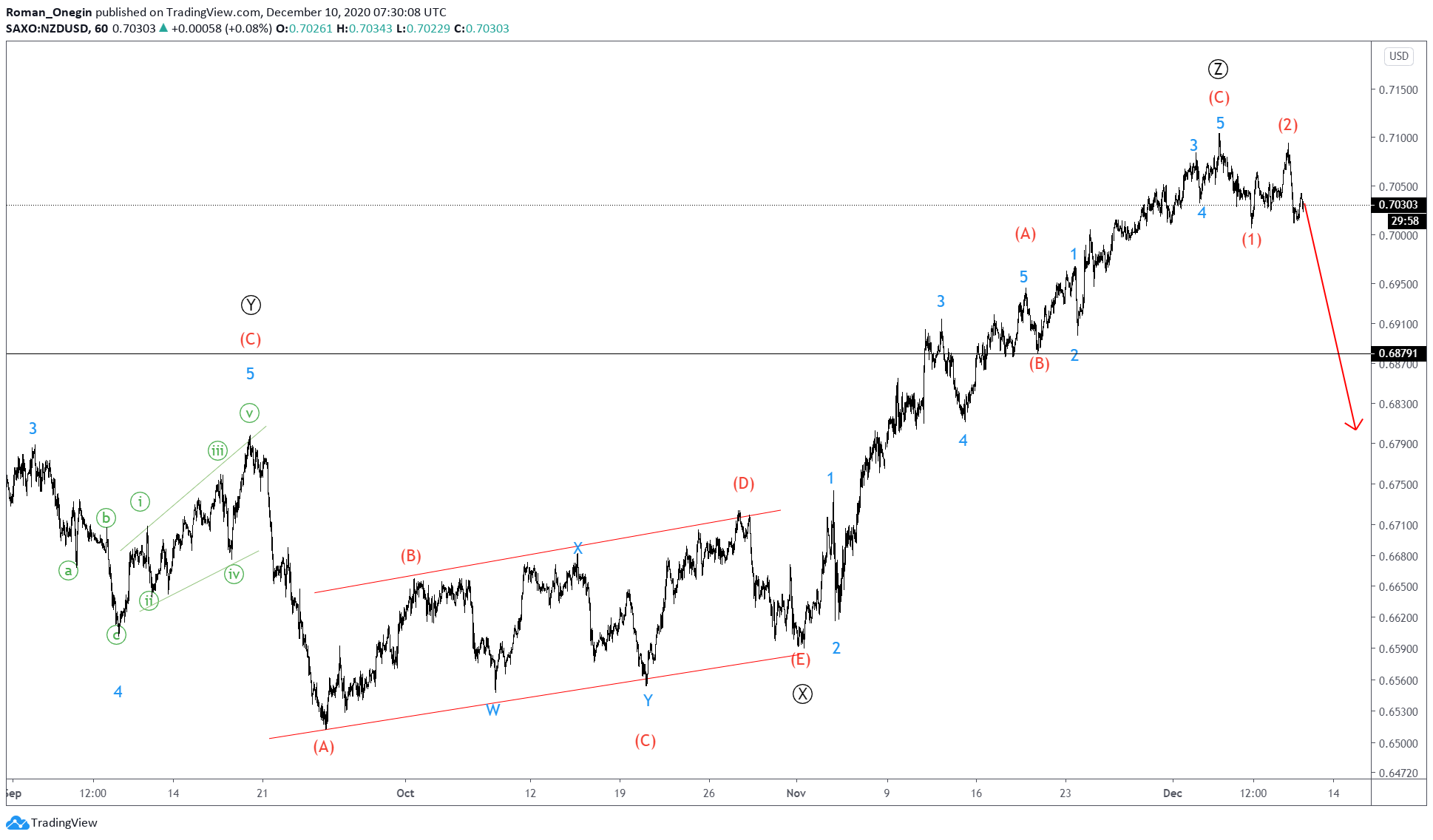 An alternative scenario shows the primary triple zigzag has ended, with the beginning of a new bearish trend.

An intermediate impulse is forming, which includes wave (1) and wave (2).

In the next coming trading days, we could see the price drop in wave (3) below the end of the intermediate correction (B), below 0.687.