Weekly Fundamental Bulletin: A Busy Week Ahead of the Holidays 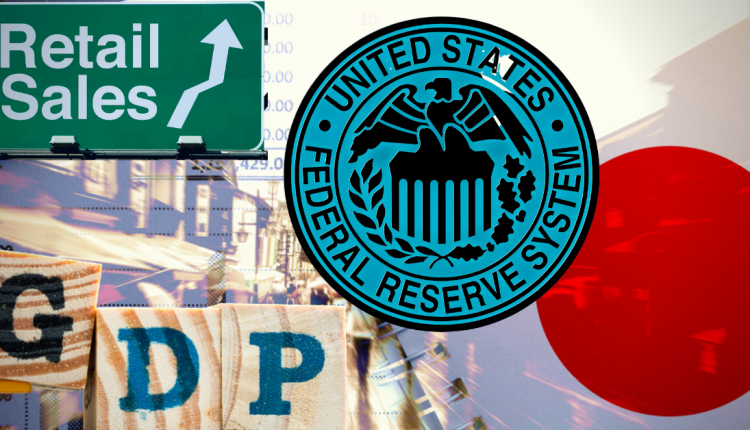 The latest inflation data from China showed a drop in consumer prices. This was the first drop in headline CPI since 2009, according to official data released last week.

Inflation in China fell by 0.5% on a year over year basis in November. This followed a 0.5% increase in the month before.

The decline came noticeably on the back of weaker pork prices which fell by 2% annually.

Core inflation data, which strips out the volatile food and energy prices, came in at a 0.5% increase from the year before.

The latest GDP report from the UK showed a six-month continuous expansion. However, the pace of economic expansion slowed considerably in October.

Data from the UK’s Office for National Statistics showed that the economy rose 0.4% on a month over month basis. This was slower compared to the 1.1% increase in September.

Construction output grew one percent on the month after a 2.9% increase in the previous month. Meanwhile, manufacturing growth improved from 0.5% in September to 1.3% in October.

US consumer prices rise by 0.2% in November

The latest inflation data from the United States showed a modest increase in consumer prices.

Official data from the Labor Department showed an increase of 0.2% in November. This follows a flat reading for October.

The uptick in consumer prices was in line with the estimates. The core inflation rate, which excludes volatile food and energy prices, rose by 0.2% in November. This follows a flat reading in the month before.

Economists had forecast that the core inflation rate would rise by 0.1%.

As widely expected, the central bank left interest rates unchanged. It also kept its forward guidance unchanged at the meeting.

In the statement, the BoC said that it expects the new wave of infection to hurt recovery in the global economy.

The central bank said that it would continue to maintain an accommodative monetary policy.

The BoC said that rates would remain near the current levels until inflation rises back to the 2% inflation target set by the central bank.

The European central bank, as widely expected, increased its asset purchases at its meeting last week. The central bank held the key rates in place.

The main refinancing operations, the marginal lending facility, and the deposit facility remained at 0.00%, 0.25%, and -0.50% respectively.

The central bank expanded its bond purchases by an additional 500 billion euros amid a second wave of infections in Europe.

While the euro initially slipped ahead of the meeting, it managed to rebound after the central bank’s decision.

The monthly retail sales report from the US will be coming out this week. Data from the Department of Commerce could essentially show the resilience of US consumers.

The month of November is also marked by the annual Black Friday sales. However, given the current pandemic, a lot of retail sales could have shifted to online purchases.

The estimates are a bit conservative. Economists forecast that retail sales excluding autos could rise by 0.2%, marking the same pace of increase as the previous month.

However, headline retail sales are forecast to shrink by 0.2%, after rising 0.3% in October. The report is likely to show more conservative spending during the month.

Investors look to the Fed meeting this week

Heading into the year-end, the Federal Reserve meeting will be the highlight.

The central bank will also be issuing its economic projections at this week’s meeting. The general market consensus is that the Federal Reserve will keep its stimulus unchanged.

Given the current deadlock in US Congress, the central bank may ramp up its rhetoric on more fiscal stimulus.

Overall, the central bank is unlikely to make any tweaks at the December meeting. It might, however, maintain a dovish stance in the market.

In terms of economic projections, the GDP projections might be due for an upgrade. The unemployment rate projections could also be tweaked to the hawkish side.

New Zealand’s third-quarter GDP report is due this week.

Economists forecast a rebound in the economy on the lines of a 12% – 13% increase. This follows a 12% plunge in the second quarter.

The third-quarter economic performance is bound to recover almost all the losses from the previous quarter. The rebound would put New Zealand’s GDP almost close to pre-pandemic levels.

However, on a sub-sector basis, the differences are large. This includes sectors such as transport, hospitality, and administrative services.

The GDP report this week also includes revisions to the previous data going back several years.

The Bank of Japan will be meeting amid a rather busy week.

The week kicks off with the fourth quarter Tankan surveys. Both the manufacturing and non-manufacturing indexes are forecast to rebound from the third quarter.

On Friday, the BoJ is widely expected to extend its corporate aid. But the central bank could keep its interest rates and the yields on the JGB’s unchanged at this week’s meeting.

The measures to support the economy are due to expire in March. As a result, the BoJ could be looking to expand it into the second half of 2021.

The Bank of Japan eased monetary policy in March and April this year as it ramped up asset purchases, creating a new channel for lending for financial institutions.

S&P500 Pulls Back from a New All-Time High

The Week Ahead: Extra Time