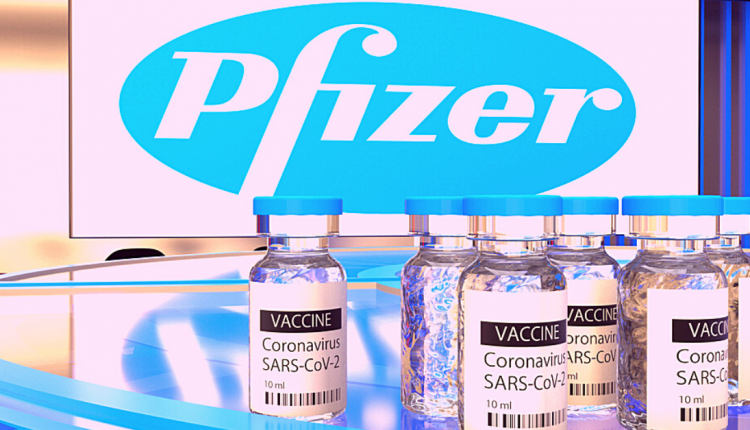 Shares in US pharmaceutical company Pfizer have seen plenty of action over the last week. The company announced last week that itself and its German partner BioNTech had successfully proven their candidate COVID vaccine to be over 90% effective during months of clinical trials.

The two firms have been testing their drug on a large number of test patients (tens of thousands). They confirmed that the drug was seen to be effective (above 90%) and delivered no serious side effects.

Pfizer said that the drug will now be passed on for US approval. It expects to receive approval by the end of the month and will then be rolled out to governments.

The US and UK governments have both outlined plans to begin rolling the drug out ahead of the end of the year. Governments have a view to return their countries to normal by spring of 2021.

Pfizer’s shares were initially seen shooting higher in response to the news with the company’s stock price jumping 15% before reversing. Despite the positive initial reaction, there are still question marks hanging over the drug. Questions include how long the drug provides immunity for, and what the cost of the drug will be.

Furthermore, since that announcement, three rival firms have also announced successes with their COVID vaccines. These are all scheduled to be released and made available on a similar timeframe.

US company Moderna announced this week that its drug has shown to be 94.5% effective. This makes it more effective than the Pfizer drug. Since then, Pfizer has come back with updated trial data showing its drug to be 95% effective in treating over 65-year-olds.

Pfizer has tested its drug on 43,000 patients of varied ages, and ethnicity and established a 95% effectiveness level. The company now expects to receive FDA approval by the middle of December. This is slightly later than initially projected, though did say that the drug will be ready for roll-out immediately. 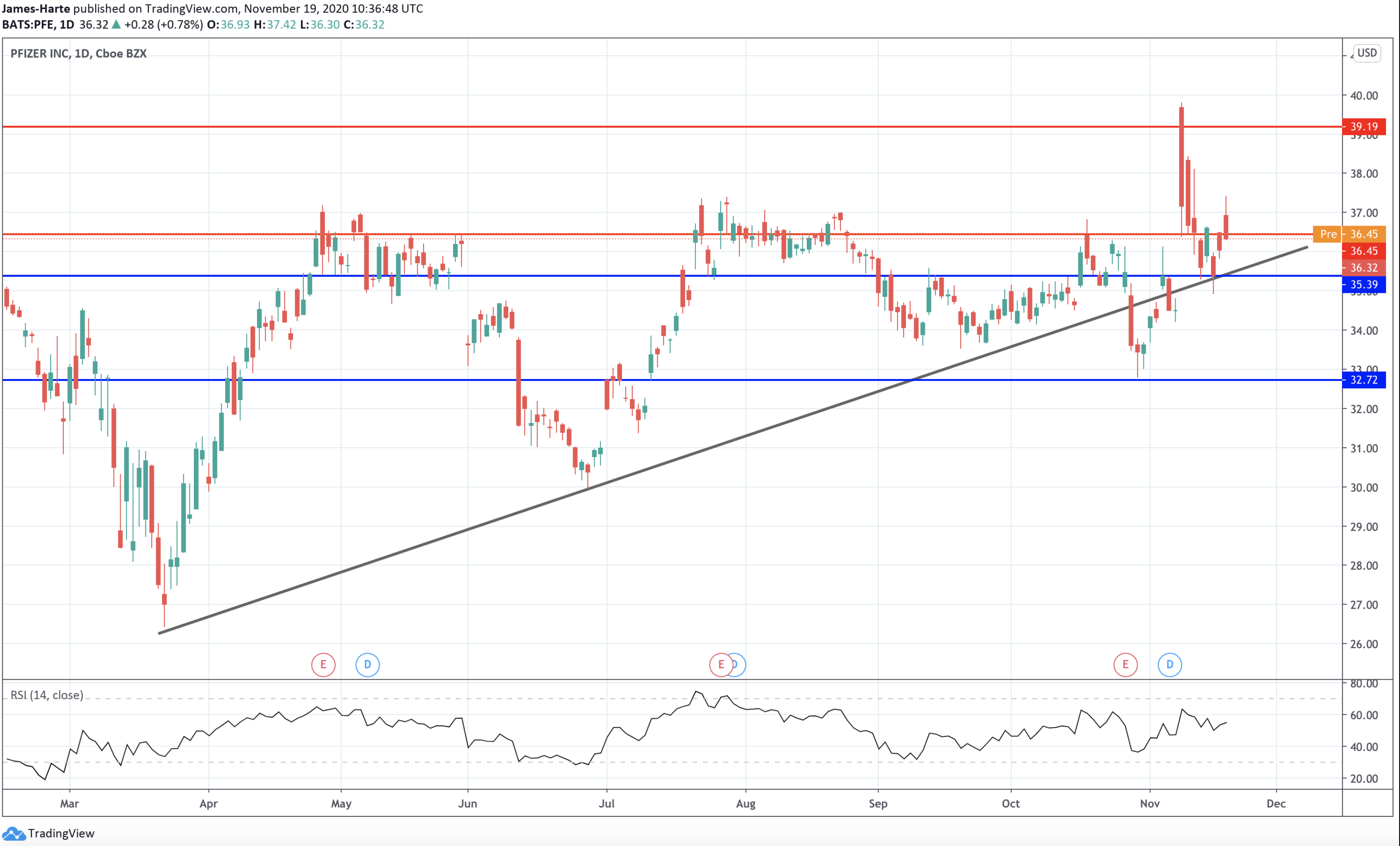 Shares in Pfizer has retreated firmly from the recent highs printed above the 39.19 level. However, the correction has so far found support into the rising trend line from year to date lows and the 35.39 level.

While the trend line holds, the focus is on further upside. A break below the trend line, however, will open the way for a test of deeper support at the 35.72 level.

Another Crash in Retail Sales? Up Next: UK, NZ, Australia & Canada