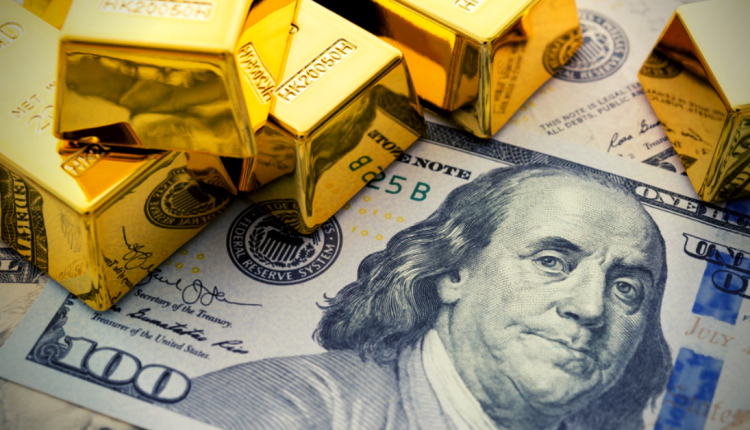 Gold prices have continued lower this week despite weakness in both equities markets and the US dollar.

It’s been a tricky week for traders. Establishing a directional grasp on the markets has been difficult given the mix of themes that are fighting for dominance at the moment.

Recently, concerns over the growing second wave of COVID had given way to optimism in response to the news regarding COVID vaccines.

Over the last two weeks, a number of firms have announced success in their COVID trials.

Firms such as Pfizer, Moderna, and AstraZeneca all announced claims of over 90% effectiveness in their drugs.

However, it has become clear that the vaccines won’t present quite the immediate solution to the pandemic that many were hoping for. As a result, the markets have corrected against initial rallies.

Traders are now awaiting further details regarding the approval of the drugs and their rollout by various governments.

Meanwhile, the US elections continue to exert an impact on price action.

Despite Trump still not having conceded, Biden has secured the victory. Therefore, traders are now focusing on the prospects of a stimulus deal coming in the near term.

However, it seems unlikely that such a deal will be agreed upon until after Biden is sworn in on January 20th. 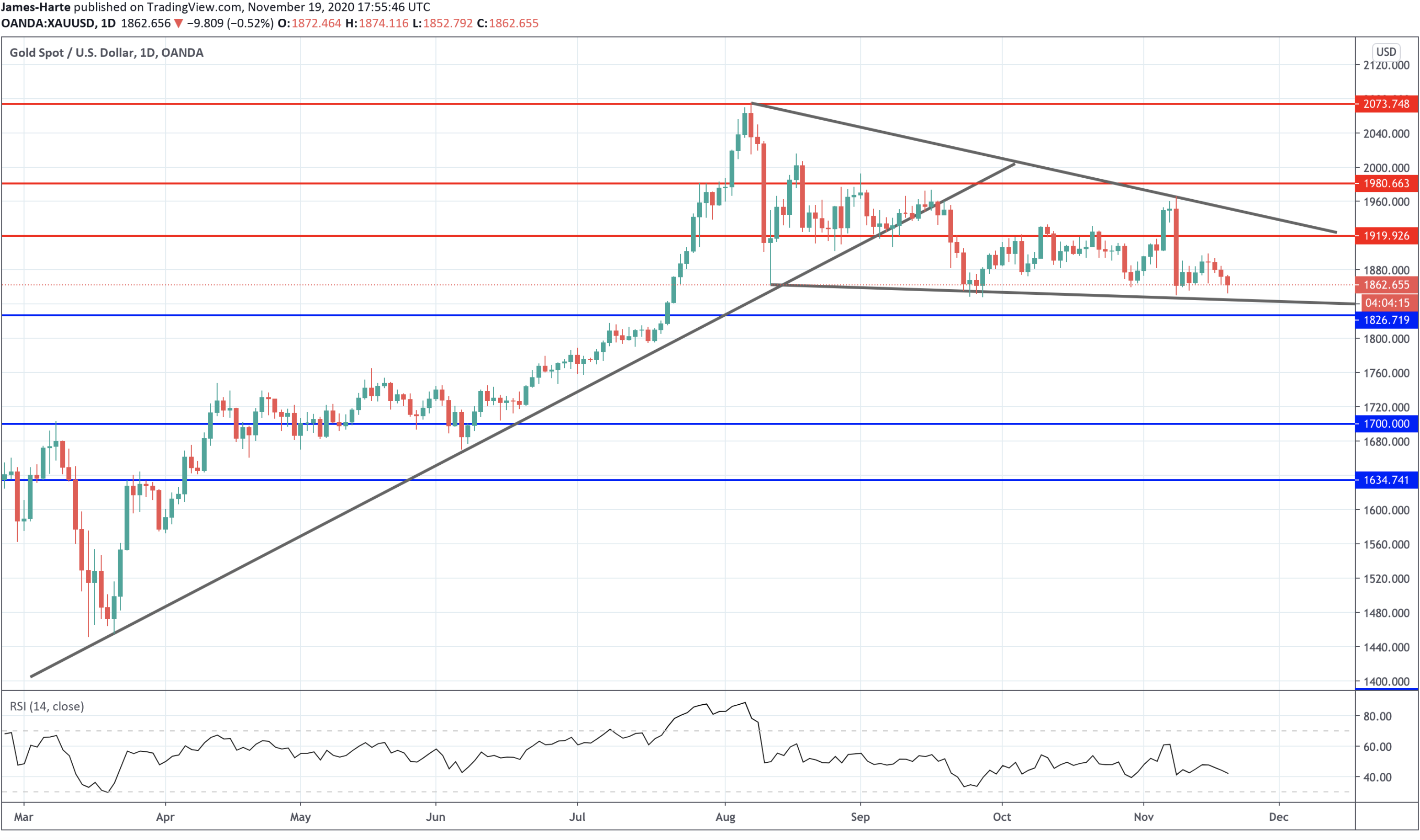 Following the reversal lower from the 2073.74 level and the breakdown through the rising trend line from 2020 lows, price continues to trade lower within a falling wedge pattern.

This structure can be viewed as a corrective bull flag while price holds above the 1826.71 keeping the focus on an eventual break higher.

Silver prices have traded broadly in line with the gold market this week, falling lower across the week.

As well as the downward pressure from lower gold prices, silver has been unable to capitalize on a weaker US dollar this week.

This comes as a result of the simultaneous fall in equities prices which have added further downside pressure for silver.

The recent vaccine news had helped boost silver prices on expectations of an increase in industrial demand.

However, the subsequent fall back in equities prices has hampered this move for now. 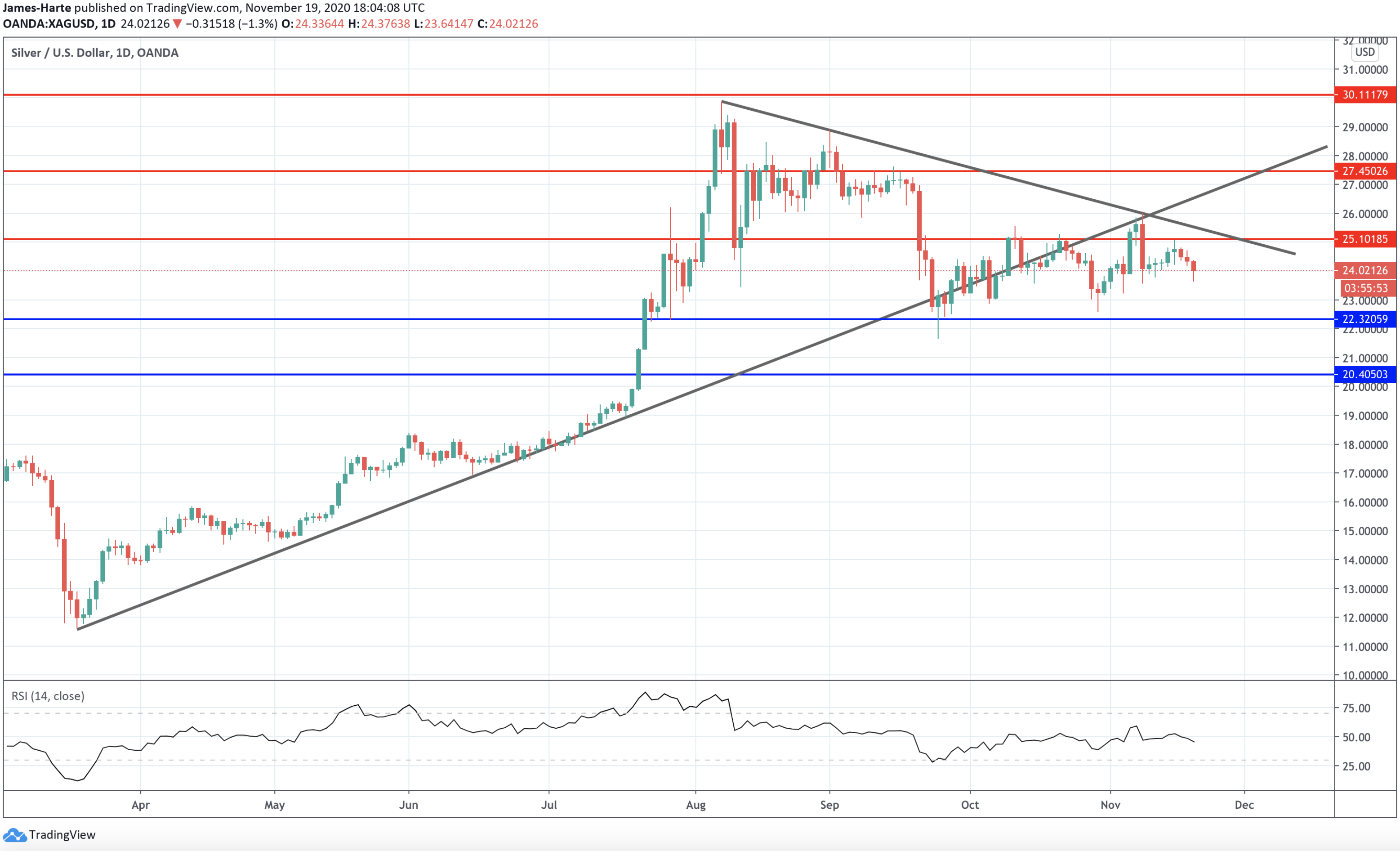 For now, while price holds above the 22.3205 level, the focus remains on an eventual break higher.