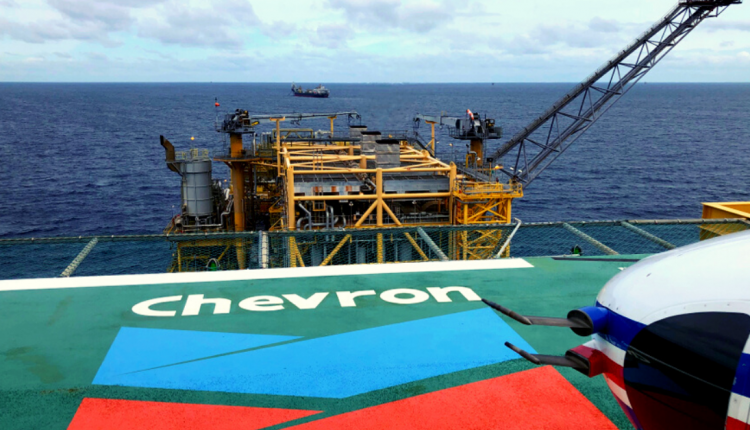 Shares in US energy company Chevron are trading a little higher pre-market on Monday.

The company reported its third-quarter earnings on Friday. The headline earnings-per-share figure was better than expected at $0.11, beating estimates of a -$0.27 EPS.

However, revenues were lower than expected at $24.45 billion, undershooting estimates of a $25.8 billion figure.

Notably, Chevron reported its second straight quarter of losses, suffering $207 million in losses over the quarter as a result of the COVID-19 pandemic.

Q3 results were starkly different from those during the same period last year when the company reported earnings per share of $1.36 on revenues of $36.12 billion.

“Third-quarter results were down from a year ago, primarily due to lower commodity prices and margins resulting from the impact of COVID-19. The world’s economy continues to operate below pre-pandemic levels, impacting demand for our products which are closely linked to economic activity.”

The sharp drop in oil prices this year has been a major negative factor for energy companies across the board.

Amidst this environment, Chevron noted that capital spending had fallen 48% year on year while operating expenses were down 12%.

Chevron has undertaken a significant cost-cutting operation as part of a drive to reduce its exposure given the current climate.

Chevron reported that over the quarter, its net oil-equivalent production had fallen 7% to 2.38 million barrels. This comes as it continues to reduce its operations given the current reduced demand and lower oil prices.

Looking at the breakdown of the earnings report, US upstream operations saw just $116 million in revenues, marking an 84% decline year on year.

Chevron reported that its cash flow operation over the first nine months of 2020 hit $8.3 billion, down sharply from the $21.7 billion figure reported during the same time frame last year.

Chevron Holds At Support For Now 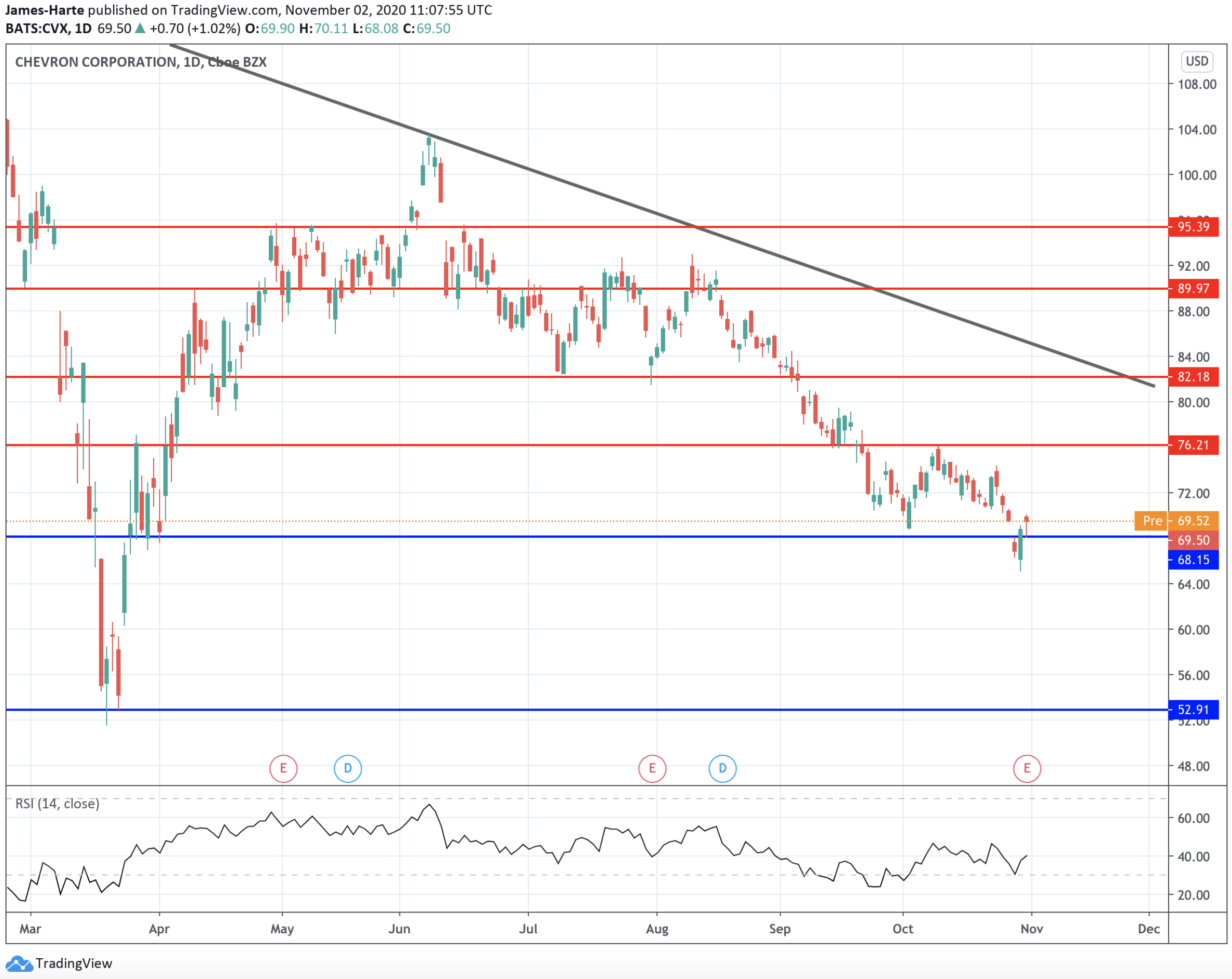 Shares in Chevron are now down over 30% from the post-recovery highs achieved over the summer. They are also down over 40% on the year as a whole.

Shares recently tested the 68.15 level support. And, despite dipping below the level briefly,  they have now climbed back above.

Bulls will need to see price quickly back above the 76.21 to alleviate the near-term bearish bias and turn focus back to the bearish trend line and 82.18 level resistance.

Should price fall back below the support level, the next key support to note is down at the 52.91 2020 lows.