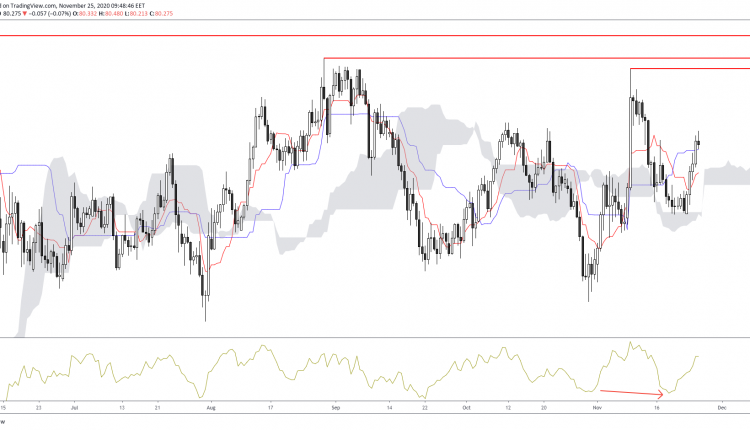 Another two peaks during this period had led prices to the mid-$78 region, with the Ichimoku cloud acting as a mean.

However, a recent hidden bullish divergence now hints at the bias returning to the upside. Another attempt at the previous peak of $81.41, could lead to further preceding test levels.

A look at the intraday chart shows that momentum could be slowing, with a bearish divergence possibly leading prices down in the short-term.

The 50% and 61.8% will be the next tests, with the latter acting as a current support level. If this support is broken, then monthly lows could ensue.