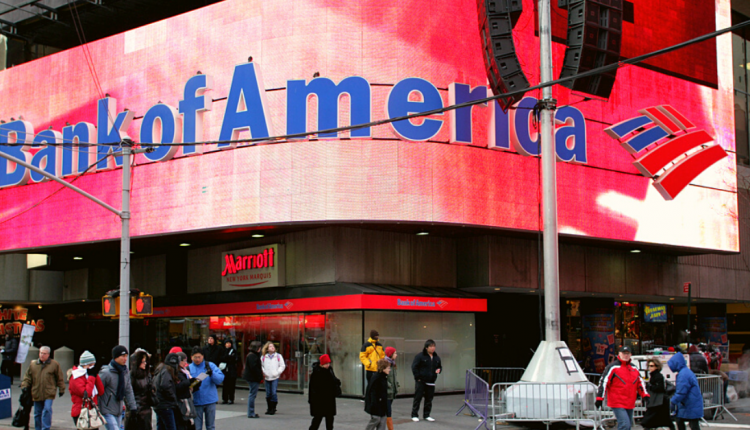 Shares in Bank of America are trading a little higher pre-market on Friday. The company’s share price continues to extend its impressive rally off the October lows. BAC has benefitted sharply from the broad upturn in risk assets sparked by the recent COVID vaccine news. Shares are now set to break out to their highest levels since March 2020, the height of the pandemic.

Bonuses to be Capped?

There has been an interesting Bloomberg report this week citing the bank’s deliberations around this year’s bonus payouts to trading staff. Following the 20% jump in sales and trading revenues this year, traders have been expecting to receive bumper end-of-year payouts.

However, according to sources from the bank who spoke with Bloomberg, the bank’s management is considering keeping bonuses capped at last year’s levels.

The decision is still in the early stages and has not yet been confirmed. But, if it does come to pass, it would likely signal similar moves across the big Wall Street names.

One of the reasons behind the proposed move is that, despite the gains in sales and trading, the bank has suffered losses elsewhere. These mainly include its consumer division, as well as in credit and loans. Retaining some of the capital inflow from sales and trading would help offset these declines.

Additionally, senior executives are reportedly concerned with the negative PR the bank might invite through paying generous bonuses to already well-paid staff during a pandemic which has caused global recession and misery for so many people.

BAC shares have enjoyed a strong comeback over the last two months following a solid Q3 earnings report. The bank posted Q3 earnings per share of $0.51, beating estimates of a $0.49 EPS.

However, while revenues were also higher than expected at $20.3 billion, they were down 11% on the same period a year prior.

“As the economy continued to recover, we generated nearly $5 billion in earnings this quarter. This reflects the diversity of our business model, our industry-leading market position and digital capabilities, and our adherence to responsible growth.” 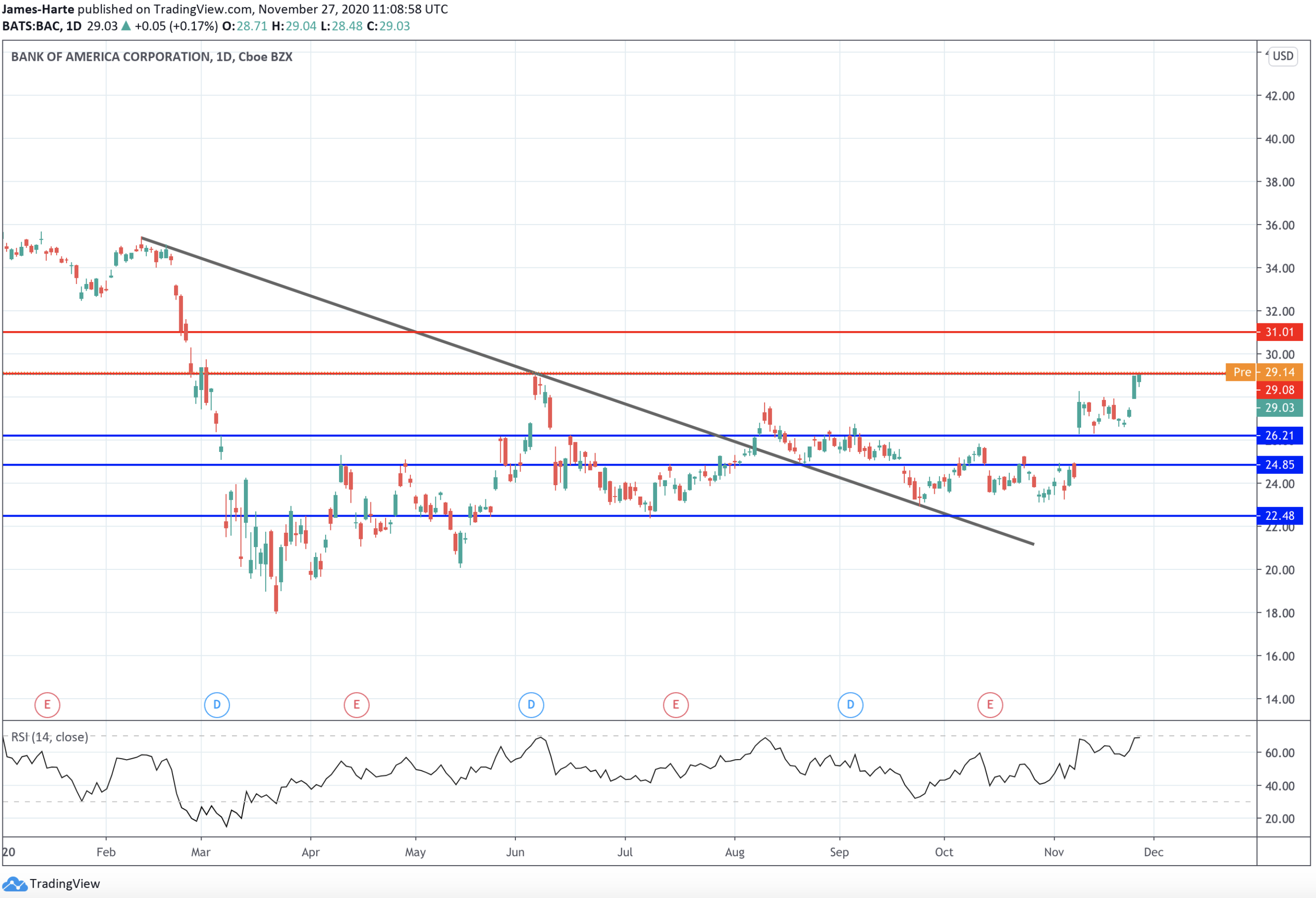 BAC shares are now testing the summer highs of 29.08, if price can sustain a breakout above this level, focus will be on a test of the next key structural resistance at the 31.01 level next.

To the downside, any correction lower from here will turn the focus back to support at the 26.21 level.