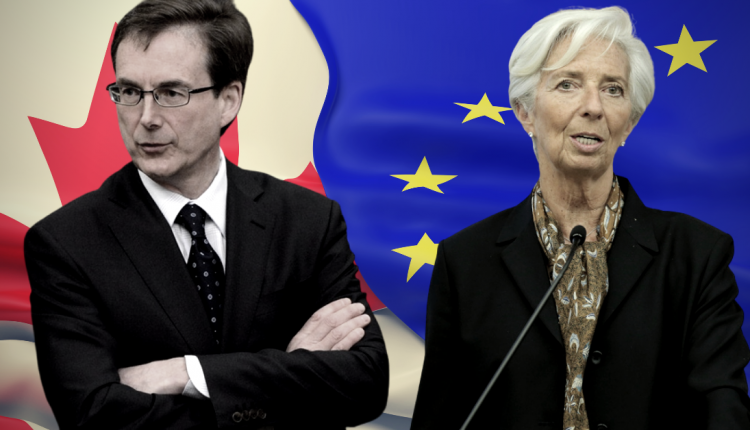 China’s third-quarter gross domestic product rose 4.9% on the year. The increase in the GDP puts China’s growth trajectory, back to pre-pandemic levels.

The third-quarter increase fell short of expectations. But, on the other hand, it brings the GDP closer to the previously set target growth rate of around 5.5% – 6%.

The increase comes on the back of a 3.2% growth registered in Q2 of the year. China is one of the few economies posting a strong rebound. In comparison, the US GDP is forecast to contract about 4% this year.

Economic sentiment in Germany fell to a five-month low in October, according to data from the ZEW institute. The declines come on the back of uncertainty around the Brexit trade talks and the US elections.

The economic sentiment index fell to 56.1 from 77.4 in September. This was more than the forecasts of a decline to 73.0. The current conditions index improved from -66.2 to -59.5 for October.

Retail sales in the United Kingdom beat expectations once again, rising for the fifth consecutive month in September.

Retail sales were supported by an increase in food and online purchases. On a volume basis, sales rose by 1.5% from a month ago, beating estimates of a 0.4% increase.

Data for August was also revised higher from 0.8% to 0.9%. Excluding fuel, sales grew 1.6%, once again beating forecasts of a 0.5% increase for the month.

The increase was up from 0.5% in the previous quarter but fell shy of a 0.9% increase on estimates.

On a seasonally adjusted basis, New Zealand’s inflation rose 0.3%. The gains came from a rise in food prices which increased by 3.7%, while household utilities rose 2.6%.

Existing home sales in the US saw a larger than expected jump in September.

Data from the National Association of Realtors showed that existing home sales rose by 9.4% on a monthly basis. The increase comes amid record-low interest rates.

The report also showed that the median prices for existing homes also rose vy 0.5% and was up about 14% from a year ago.

The Bank of Canada will be holding its monetary policy meeting on Wednesday this week.

As widely expected, the central bank is unlikely to tweak its monetary policy anytime soon. This leaves the benchmark interest rates steady at 0.25%, marking a record low.

Canada’s economy has been showing signs of modest improvement over the past few months. Indicators such as retail sales and inflation picking up amid a fall in the unemployment rate are some of the factors showing optimism.

Still, officials are unlikely to go easy and could maintain a dovish tone on policy.

Australia inflation to rise by 1.5% in Q3

Australia will be releasing its third-quarter inflation report this week.

Following a 1.9% plunge in consumer prices in the second quarter, estimates are pointing to a rebound. As a result, economists forecast inflation to rise by 1.5% in the three months ending September 2020.

The rebound in inflation comes on the back of a price increase in childcare costs and fuel prices. However, the decline in the construction sector could offset some of the gains.

US Q3 GDP to recover

The initial estimates of the third quarter GDP reports from the United States will be coming out this week on Thursday.

Economists forecast a sharp recovery in economic activity, with the GDP poised to rise by 32% on an annualized basis. This will reverse the 31.2% decline in the second quarter period this year.

The data is unlikely to move the markets much. But the report gains significance as the US heads into the election week.

Later in the week, data on personal income and spending will also be coming out, shedding a light on consumer spending patterns.

ECB meeting comes at a crucial time for eurozone

The European Central bank will be holding its monetary policy meeting this week.

While no changes are expected, the central bank’s meeting comes at the height of the second wave of the pandemic. This could potentially open the door for the ECB to announce more stimulus.

The second wave has hit Europe just as a recovery in the private sector was showing signs of a rebound. This also raises the risk of a double-dip recession.

As a result, investors will be closely watching the ECB this week for further policy moves.