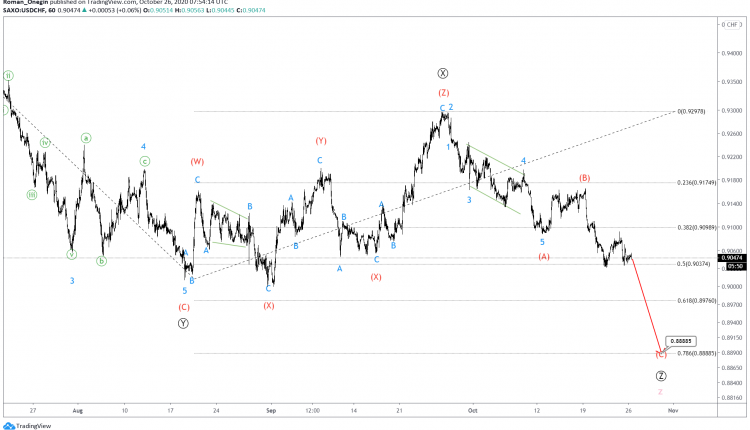 The current USDCHF formation hints to a bearish triple zigzag.

The 1-hour time frame shows the final wave Z of the cycle degree pattern which is also a triple zigzag. The primary degree pattern consists of sub-waves Ⓦ-Ⓧ-Ⓨ-Ⓧ-Ⓩ. We currently see the development of the last wave in this construction.

We could expect that in the near future, intermediate wave (C) will end near 0.888. 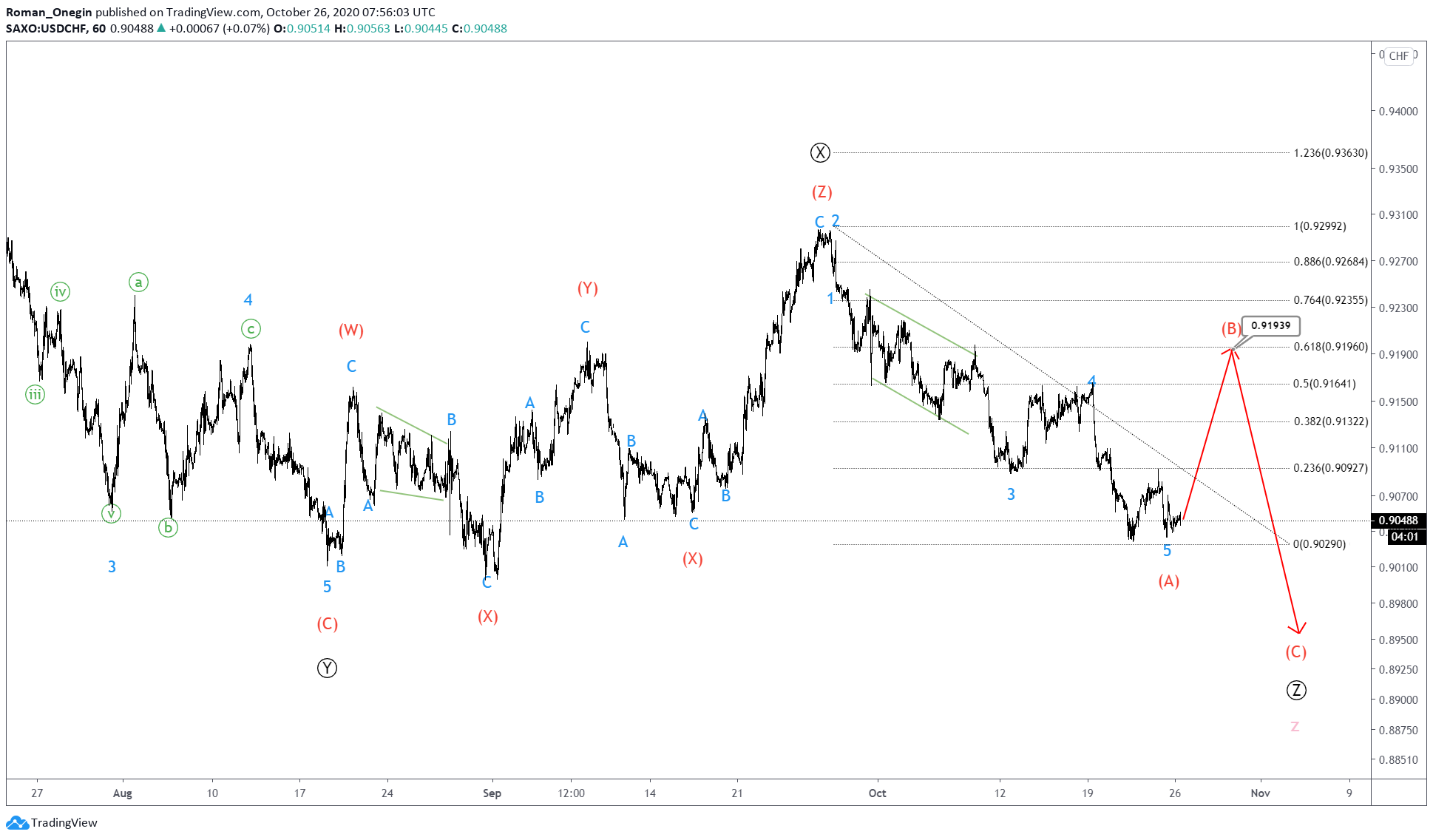 In the near future, we will see an increase in the price in the intermediate correction (B).

Finally, the market is expected to decline in the impulse wave (C).

Test your strategy on how the CHF will fare with Orbex - Open Your Account Now.
analysis_enElliott WaveUSDCHF
0 222
Share FacebookTwitterGoogle+LinkedinPinterestTelegramWhatsAppEmailPrint