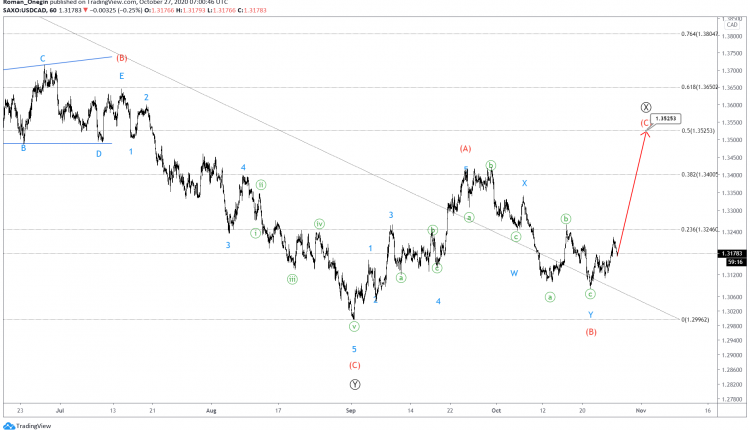 The USDCAD structure shows a large triple zigzag of the primary degree, consisting of sub-waves Ⓦ-Ⓧ-Ⓨ-Ⓧ-Ⓩ.

Wave (A) is a 5-wave impulse, whereas correction (B) is a minor double zigzag W-X-Y. The impulse wave (C) has just begun its construction and is likely to reach the level of 1.352.

At the specified level, intervening wave Ⓧ will be at 50% of zigzag Ⓨ. 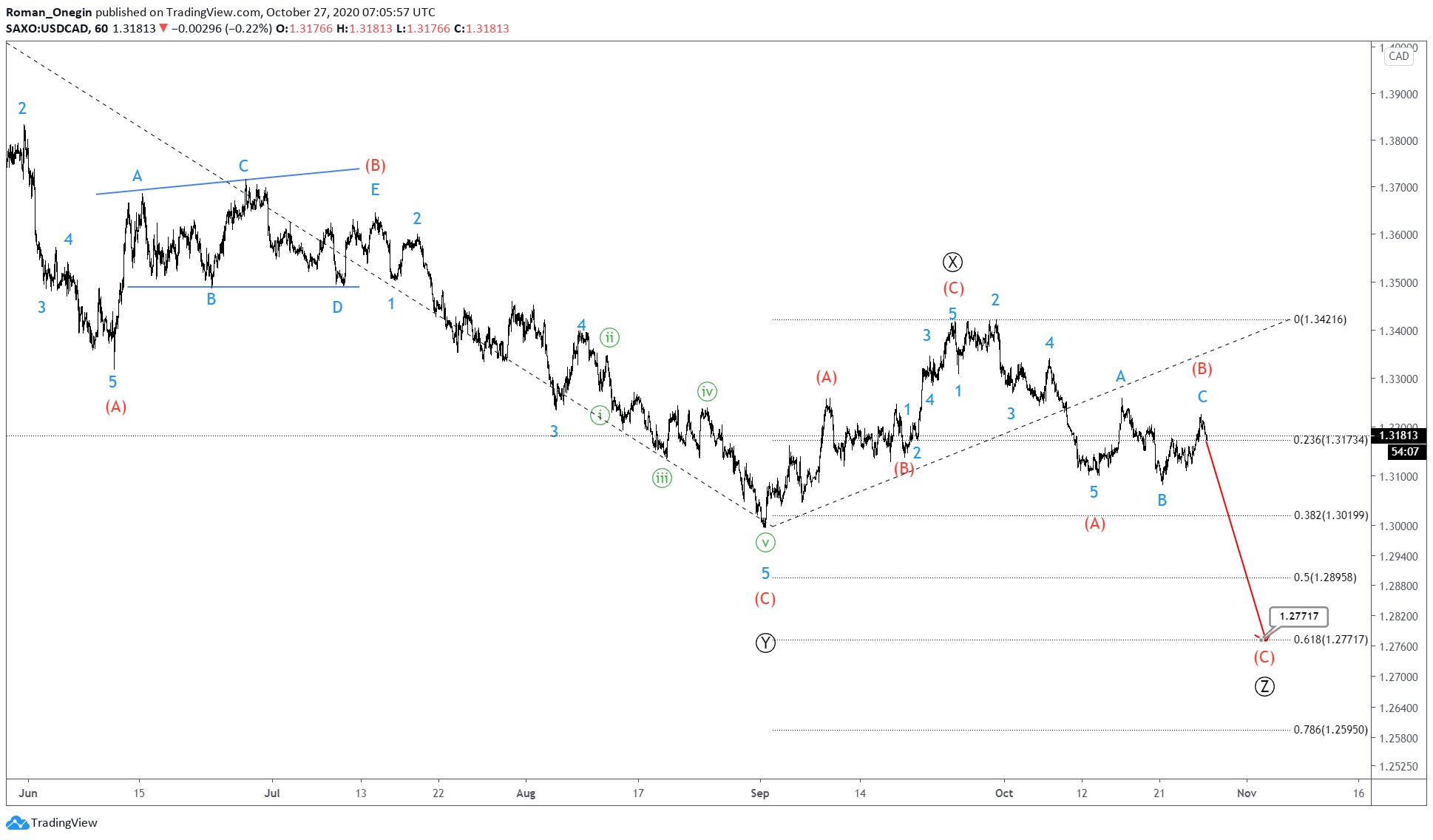 An alternative scenario shows that intervening wave Ⓧ has ended.

Bearish wave Ⓩ is currently under development, which consists of sub-waves (A)-(B)-(C). Impulse wave (A) and correction wave (B) are already complete.