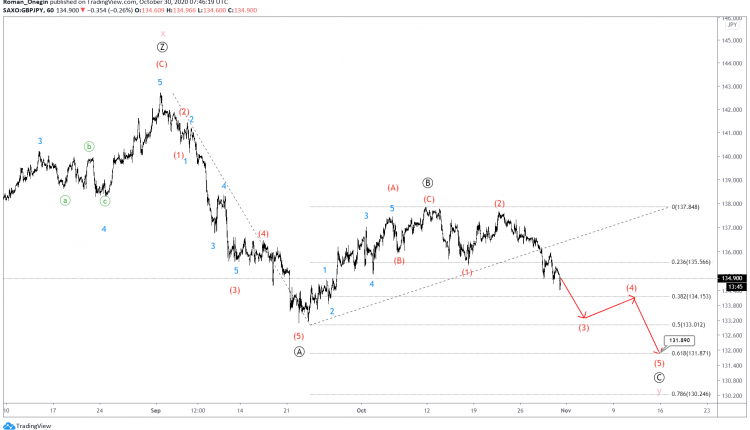 The GBPJPY structure shows a cycle degree double zigzag w-x-y.  At the time of writing wave y is under development.

It consists of three sub-waves Ⓐ-Ⓑ-Ⓒ of the primary degree. Impulse wave Ⓐ and bullish correction Ⓑ have fully completed their pattern. Impulse wave Ⓒ is still under construction.

With the first two parts of impulse Ⓒ formed, namely, intermediate waves (1)-(2) and (3) half-built we expect the bearish move to continue. 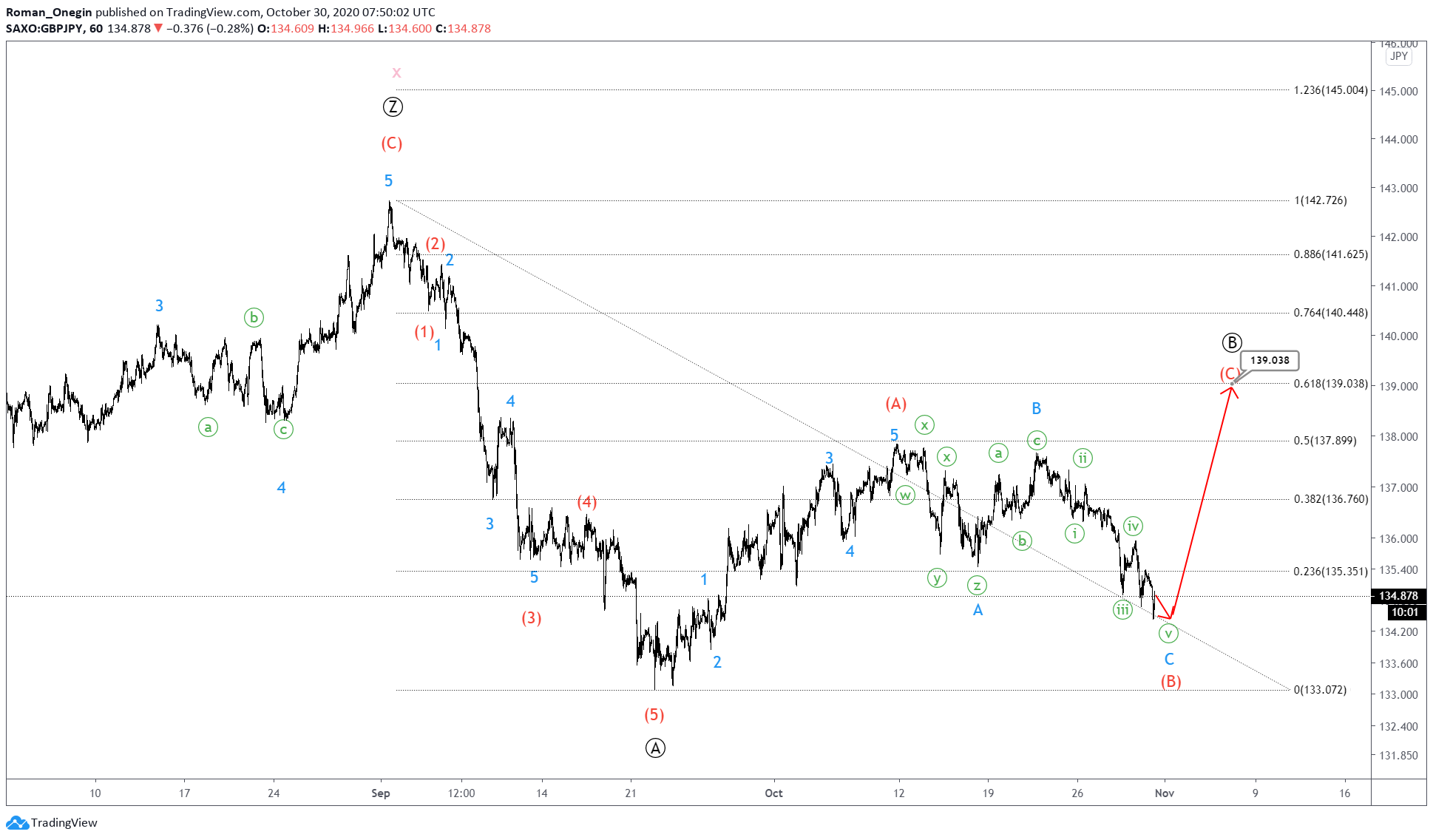 An alternative scenario indicates that correction wave Ⓑ is not yet complete.

It could turn out to be a bullish zigzag consisting of intermediate sub-waves (A)-(B)-(C). At the moment we see the completion of correction (B), and soon impulse wave (C) could begin.

The intermediate wave could rise to 139. At that level, correction wave Ⓑ will be at 61.8% of wave Ⓐ.