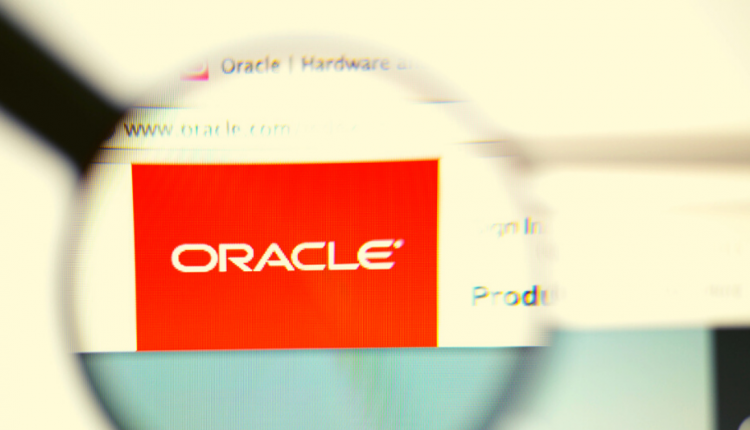 Shares in US multinational computer technology company Oracle are trading over 3% higher pre-market on Thursday.

Shares have recovered firmly off the $40 yearly lows seen during the height of the pandemic in March. They are now trading at around the $56 level, sitting just off year to date highs as of writing.

The rally comes despite disappointing news for Oracle that it has lost its appeal regarding the loss of a $10 billion contract to gain a portion of the US Department of defense’s JEDI cloud computing contract.

The contract was awarded to Microsoft last year leading to Oracle filing a suit that claimed that the pentagon had acted in breach of government rules by awarding the contract to a single vendor.

However, the appeals court found in favor of the Pentagon. They claimed that Oracle could not have suffered harm as a result of losing out on the contract as it didn’t meet the correct requirements to gain the contract in any event.

Oracle is due to report earnings later today for the period ending August 2020. The market is looking for an EPS of $0.86.

Last time around in June, Oracle reported earnings per share of $0.99, undershooting expectations of a $1.14 EPS.

Looking at the breakdown of the earnings release, the company’s top line benefitted from the ongoing growth in its cloud business. Cloud services and license support revenues were higher over the quarter. These accounted for 71% of total revenue while marking a 3% increase on the same period last year.

Services revenues moved lower also by 1% on the same period last year. The category, which accounts for 8% of total revenues, came in at $806 million on the year. 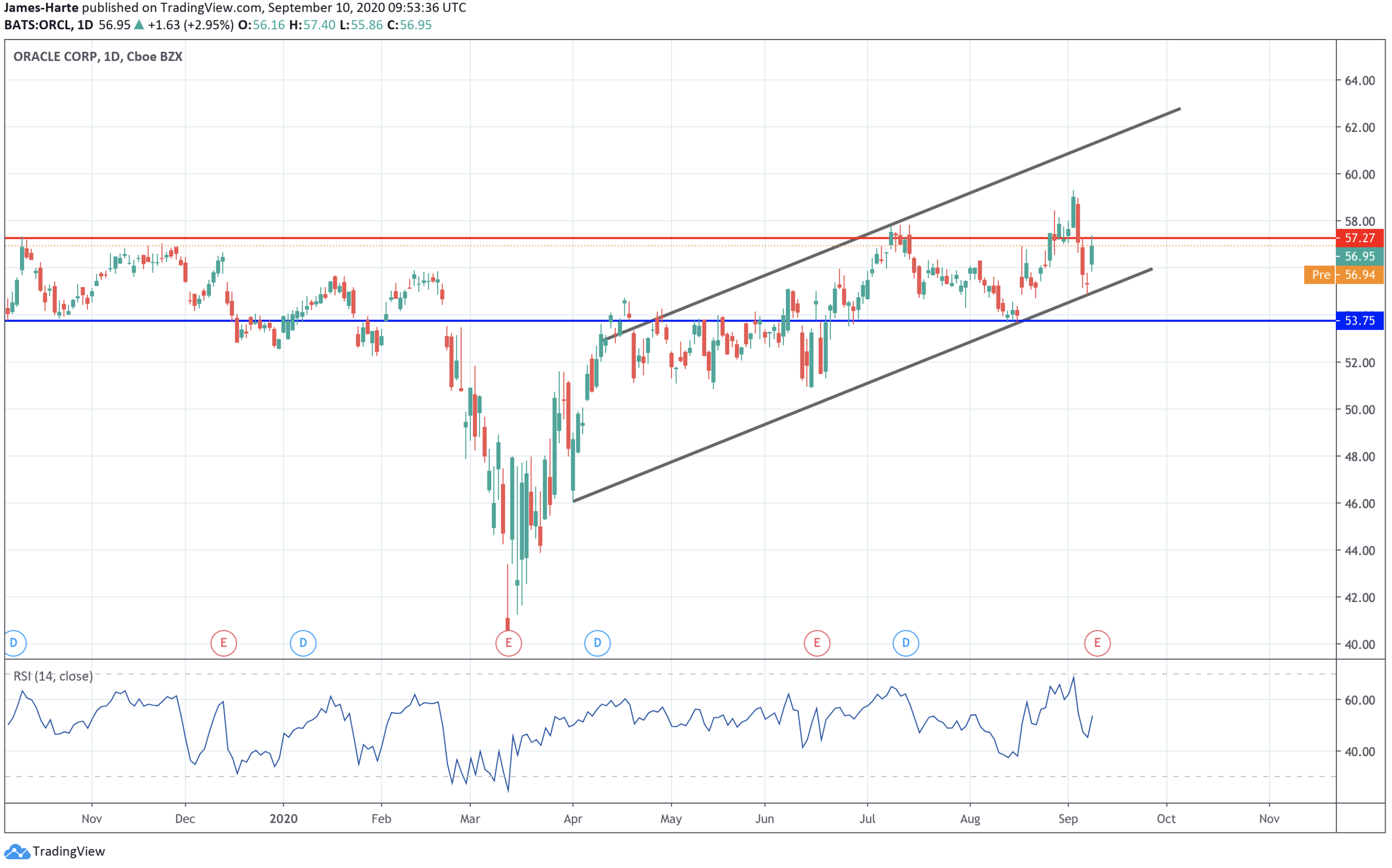 Shares in Oracle continue to trade within the bullish channel which has framed the recovery off the year to date lows.

For now, price remains capped by resistance at the 57.27 level. However, while the 53.75 level support remains intact, focus is on a continued push higher in the near term. A move above the current 59 level highs is the target.