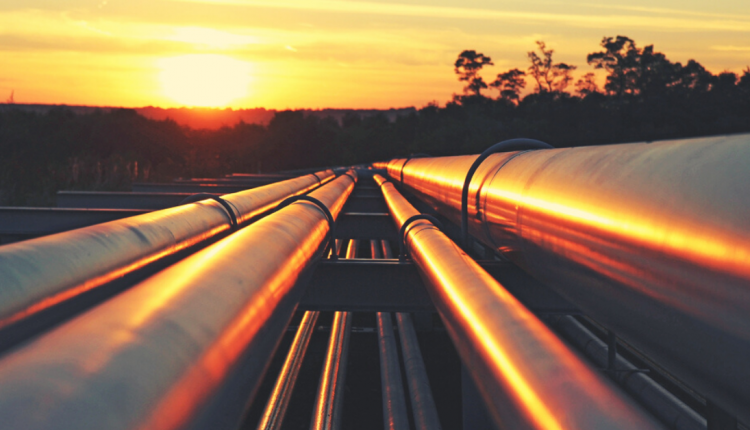 Crude oil prices have seen steady selling this week, fuelled in part by a bearish report from the Energy Information Administration.

The EIA reported that in the week ending September 4th, US crude oil inventories rose by 2 million barrels. This was in stark contrast to the more than 3 million barrel decline the market was looking for. It takes the total inventory level back up to 500 million barrels.

At this level, US crude stores are roughly 14% above their five-year average for this time of the year.

Over the last four weeks, crude oil imports averaged around 5.5 million barrels per day. This is 17.9% above the same four-year period last year.

Despite the increase in headline crude stores, gasoline inventory levels were lower over the week. These fell by 3 million barrels and are now sitting only 3% higher than the five year average for this time of year.

Distillate inventory levels, including diesel and heating oil, were lower by 1.7 million barrels over the week. This takes the total level of stockpiles down to 20% above the five-year average for this time of year.

In terms of gauging demand, the total products supplied figure over the last four weeks averaged at 18.1 million barrels per day, marking a 16% contraction on the same period last year.

Oil prices have come off quite firmly this week as the market reacts to several key developments in the fundamental landscape. The main news this week has been that Bloomberg reported a drop in Chinese oil imports over the last two months, falling across July and August from the record highs posted in June.

Additionally, Saudi Arabia announced this week that it is reducing the official selling price of its crude.

These two developments have seen the Central Bank of Russia this week warning that crude oil prices could fall below $25 over the coming months unless more effort is made to support prices. 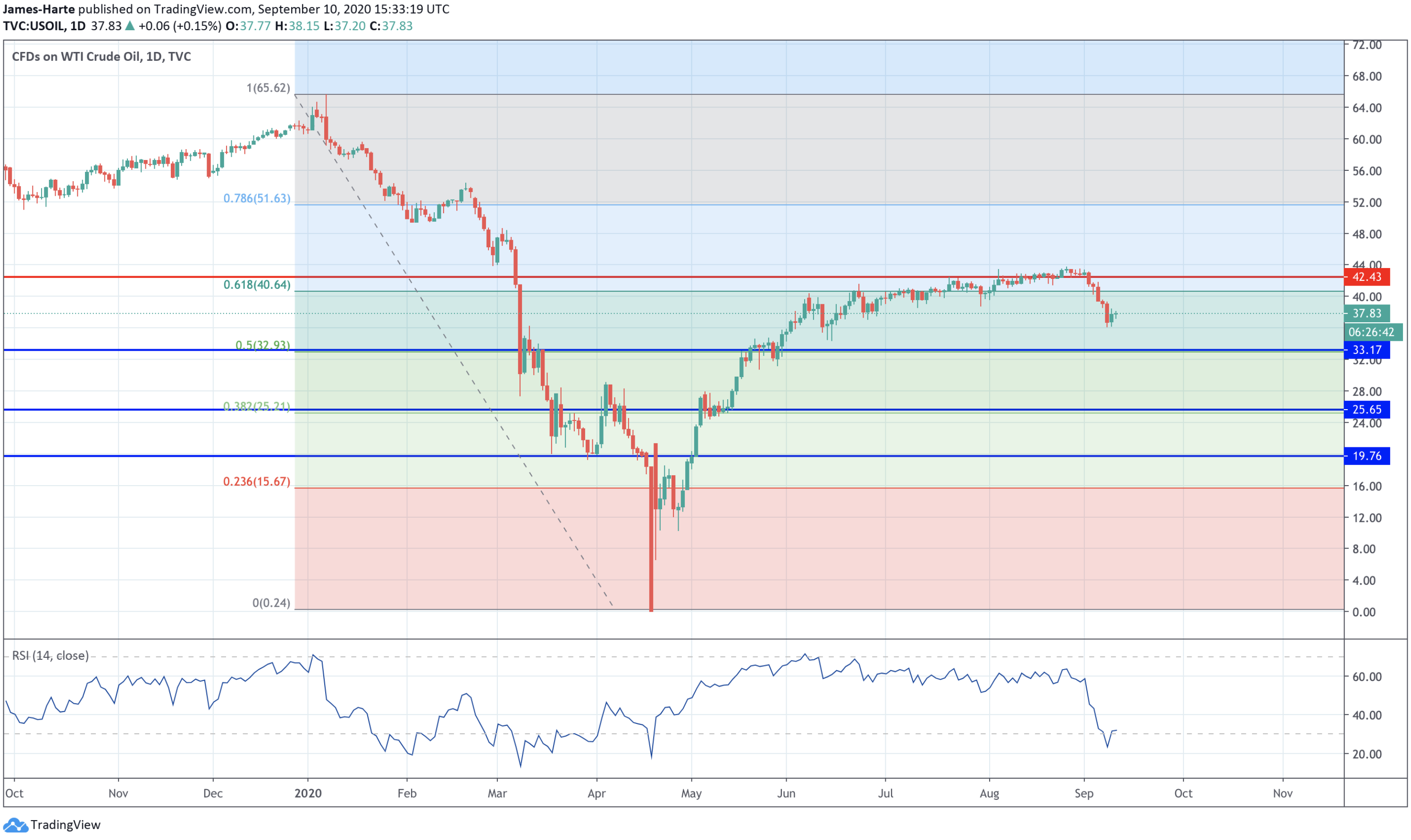 Crude oil prices have made a firm break lower this week with price retreating further back under the 42.43 level.

Price has seen sustained selling this week and is now not far off testing the next big support level at the 33.17 mark, which also holds the retest of the broken 50% retracement from 2020 highs.

Should price slip below here, the next support zone to note is down at the 25.65 mark.