GBPJPY At False-Break Outside Channel? 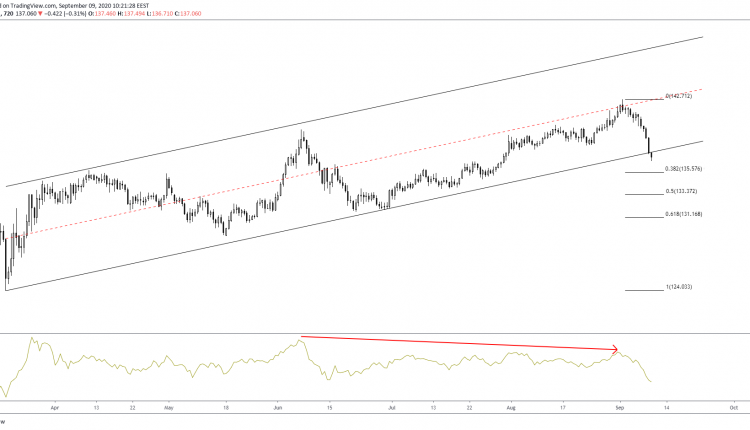 GBPJPY opened the month on a bearish tone as prices trade at a 6-week low.

An ascending channel created from March has seen a test at the upper region. However, since then a bearish divergence on the momentum indicator has triggered a move towards 38.2% of the 124.03/142.71 Fibonacci leg.

Weak demand for the pound has seen a break at the lower channel as we eye the next tests at 50% and 61.8%. We wait on the momentum indicators for further clues of a false break and another move towards the median regression area. 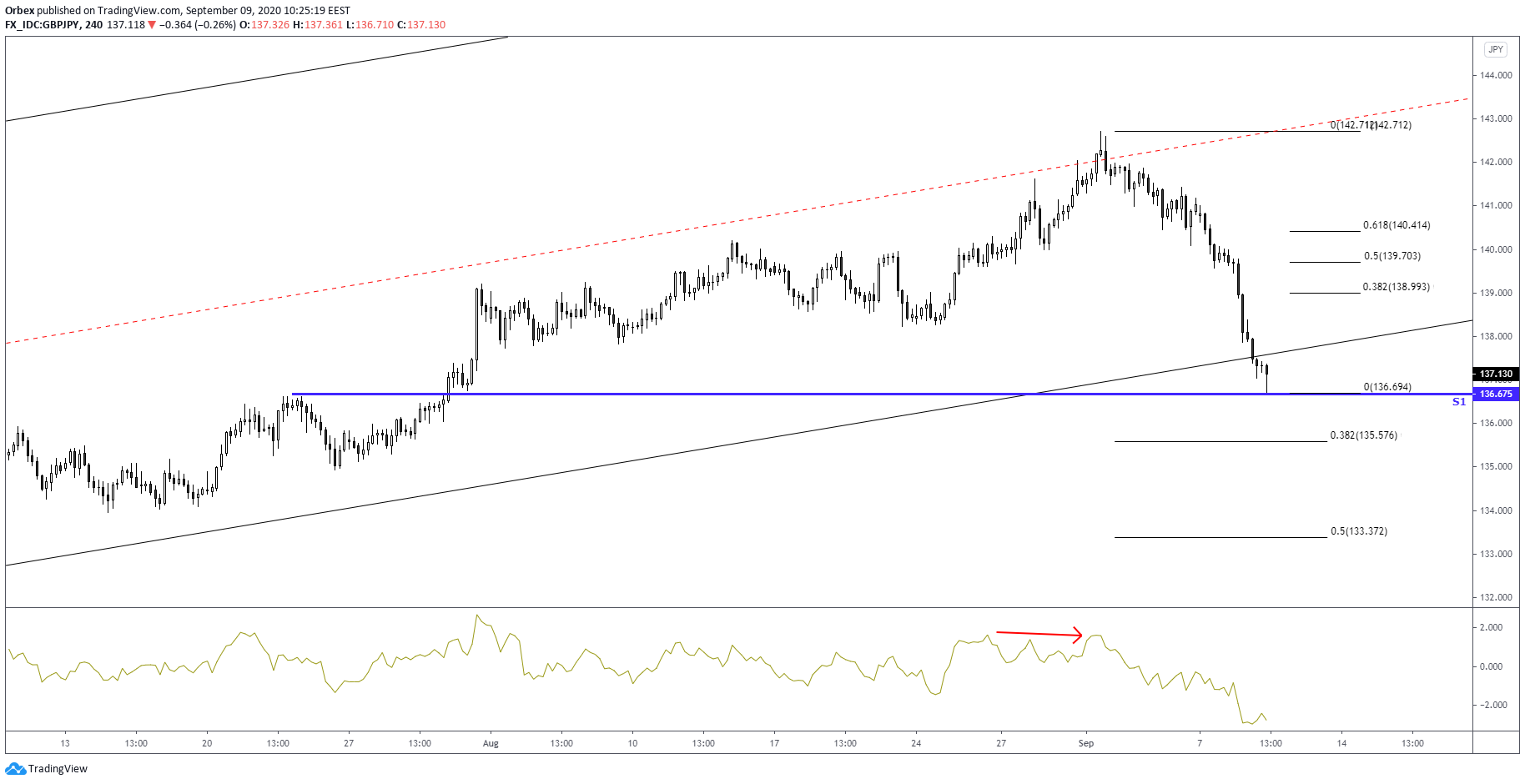 The 4-hour chart highlights the bearish bias which has driven prices to the 136 area.

The current price is now acting as a support to a previous resistance level at 136.69. The bearish divergence on the momentum indicator triggered a downside move starting at the median regression to the lower ascending channel.