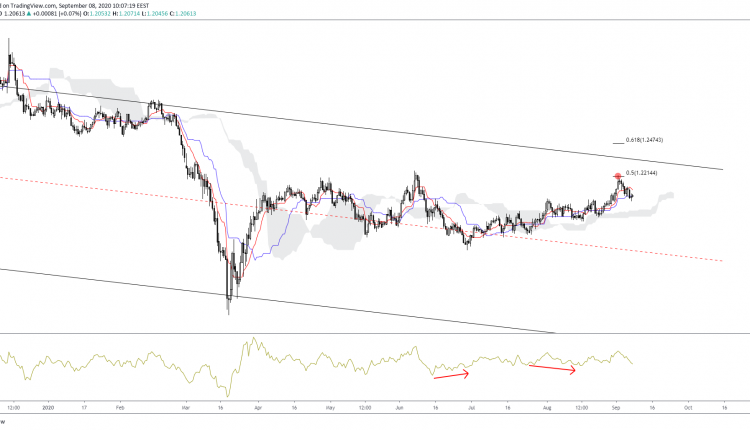 A descending channel currently sees prices pulling back towards the median regression. The top of the Ichimoku will be the next target should we see further weakness.

However, a look at the momentum indicator suggests that bias remains on the upside. A hidden and standard bullish divergence could see the start of a trend reversal outside the channel.

Another attempt towards the top of the descending channel can be expected. A break at this level could see prices hitting the 61.8% Fibonacci, at 1.2474. 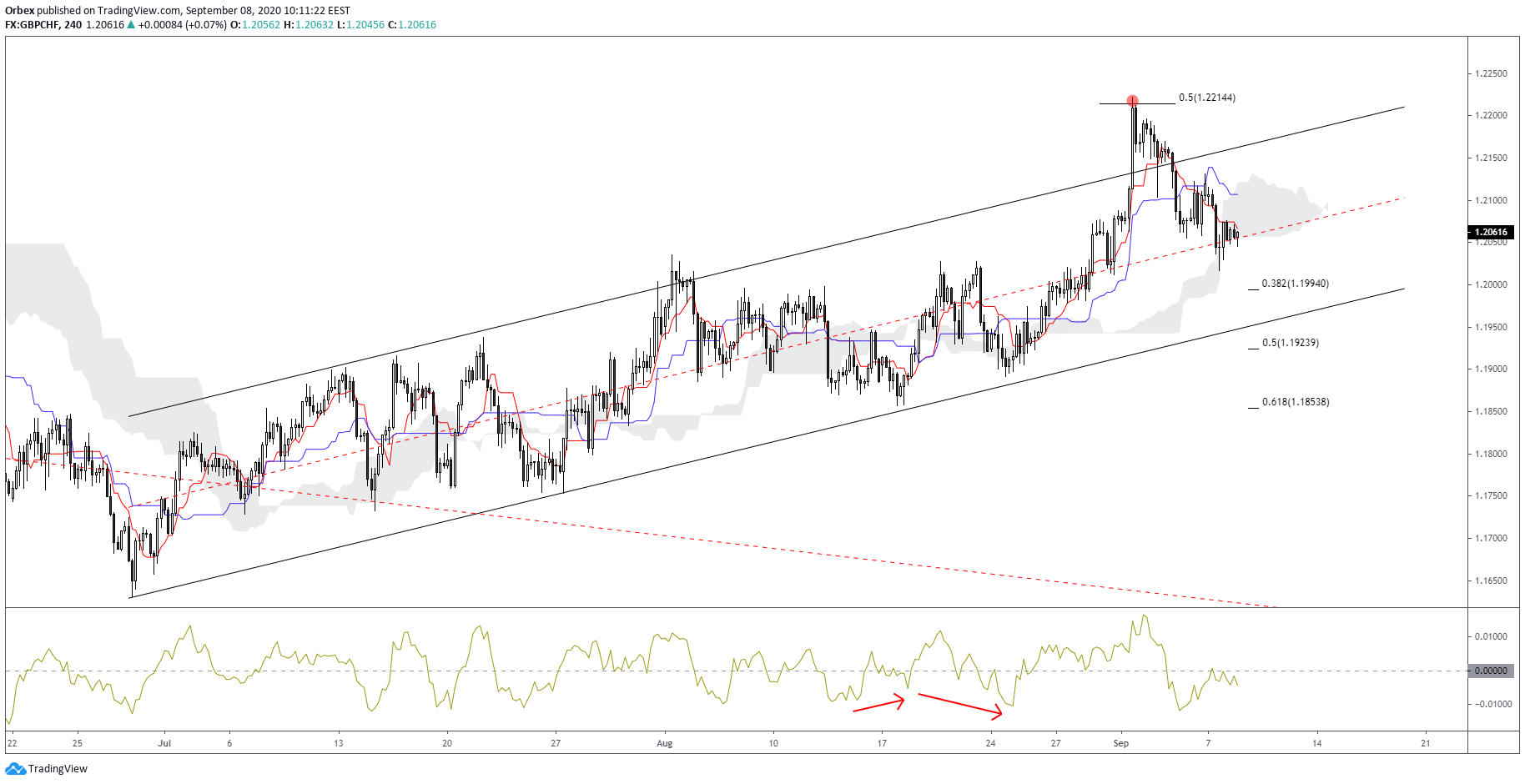 The 4-hour chart looks at an ascending channel. The recent false break outside the top of the ascending channel led to a retracement towards the median regression. The Ichimoku cloud also played a part in engulfing prices as we now look at the 1.20 area as the next target.

The bullish divergences are also evident in the shorter-term. A bounce towards the lower channel is likely to bring prices back up to the Tenkan and Kijun lines.

Once a move away from the cloud has occurred, then the next target of the 1.22 region could be expected.

UKOIL has the Bullish Correction Ended?