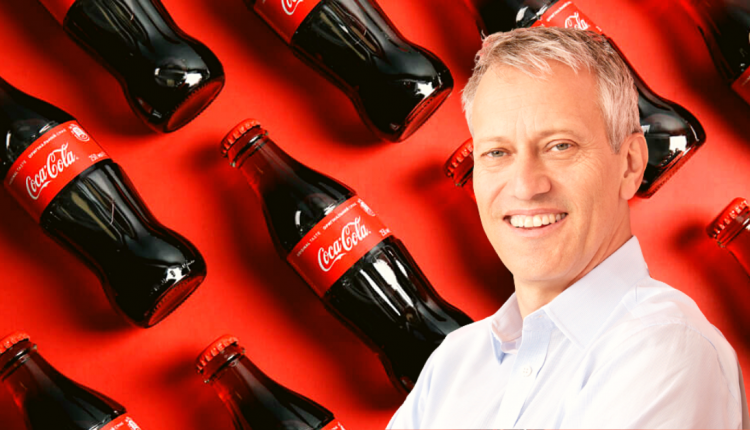 Coca Cola shares are trading slightly lower pre-market on Tuesday. This is despite news that the company is expanding its operations in China.

The US beverage giant announced that it is increasing its production in China with plans for at least 6 new facilities. The company has taken the move in response to a solid set of Q2 sales figures in China.  The company reported that sales in China were seen growing firmly over the period amidst a solid Q2 earnings report globally,

“In China, we placed a big emphasis on our sparkling portfolio during the height of the lockdown.” As a result, the category grew 14% in volume this quarter, led by trademark Coke with strong growth in Zero Sugar offerings.”

Coca Cola confirmed that the expansion should be complete by the end of the year, with plans to expand further in 2021 also cited. The new facilities are expected to cost around $36 million and should help the company increase production in China by around $244 million annually.

COFCO, another of Coca Cola’s bottling partners has confirmed that it is planning to open new facilities in Southern China next year. The planned capacity is for 187,000 bottles.

Construction and operation of the facilities are to be accrued out by Swire Pacific, a partner of Coca Cola’s.

Swire is predominantly an aviation firm but also has a construction arm that Coca Cola will utilize. Commenting on the new facilities, Swire’s chairman Merlin Swire said:

“The long-term success of Swire Pacific will reflect the continued growth of the Chinese mainland and Hong Kong, and we are well placed to take advantage of new opportunities.”

However, volumes improved by 10% in June, following a 25% fall in April. 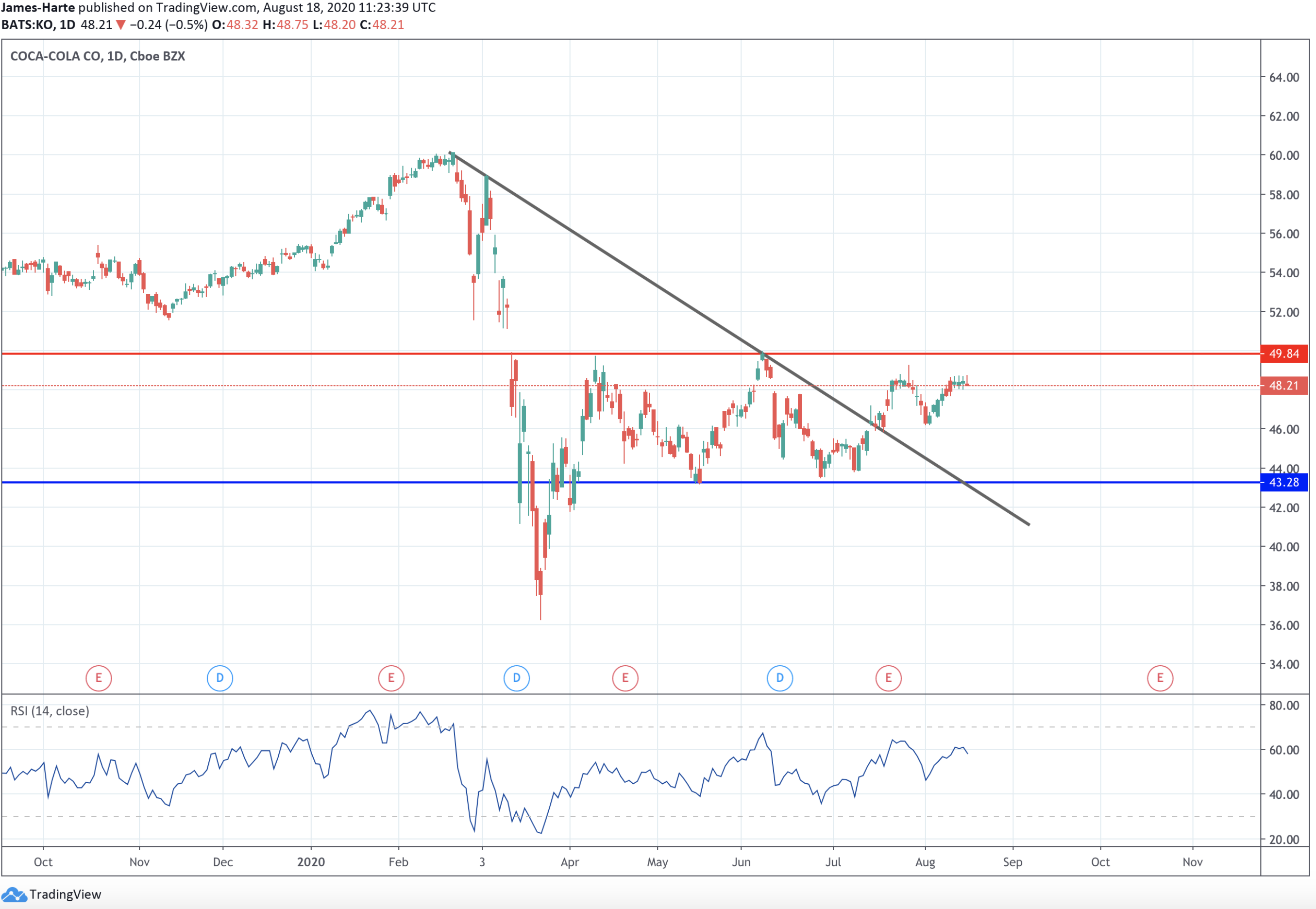 Despite breaking above the bearish trend line from 2020 highs, Coca Cola shares have failed to follow through. For now, price remains within the upper end of the 43.28 – 49.84 range. This channel has framed price action over the three months. While above the broken trend line, sentiment remains positive though momentum has waned significantly.