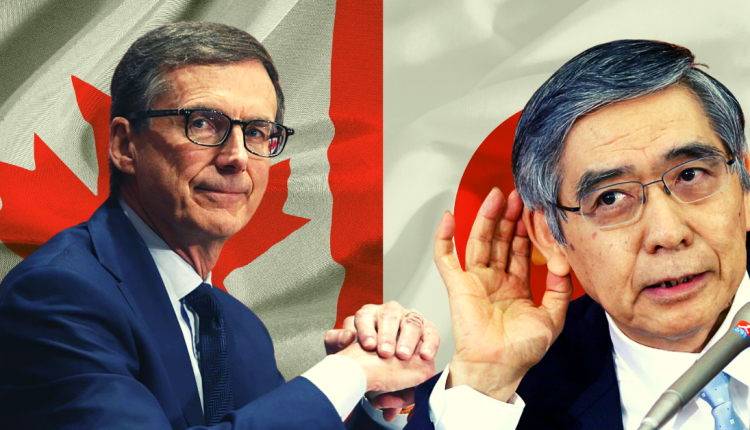 After a few months of crisis mode, central banks are returning their focus to fundamentals for policy decisions.

We ought to expect data like inflation to have a larger impact on the markets as governments hold off on new measures to combat COVID.

In the meantime, June economic figures are still pivotal for the market to see if the recovery continues, or if we roll over into a second downturn.

The focus remained on technical aspects, such as the yield curve. Therefore, there isn’t much expectation that the CPI change from June will have a major impact on BOJ policy.

The number of COVID cases has been ticking up lately, particularly in and around Tokyo. However, despite the governor of the prefecture issuing a warning, the central government continues to press ahead with a travel subsidy to begin next week.

Mobility trackers show that Japanese people have largely not altered their habits since the rise in cases. Visits to groceries and workplaces remain stable at levels similar to late May when new cases bottomed out.

Although a change in activity can’t be ruled out, the popular perception is a lot more relaxed compared to the last time cases rose at the same rate in late March.

The market generally focuses on the core figure, since that’s what the BOJ tracks. But unless there is a major deviation from expectations, the market reaction looks like it will be muted.

Projections indicate that core June CPI will come in at -0.3% compared to -0.2% in May. This would be the third consecutive month of deflation.

Adding back the more volatile elements, expectations are for CPI to come in flat for June, compared to just 0.1% in the prior month.

Canada hasn’t experienced a significant upsurge in cases in July, unlike many countries around the world.

But they are up for their next hurdle, as OPEC+ seems set to let its record production curbs lapse at the end of the month. As economic activity increases, it’s harder for members to stay in agreement.

On top of that, on Sunday, Libya once again declared force majeure on its supplies, as conflicts in the country flared up again.

We can expect retail sales to take a further plunge, foreshadowing that we shouldn’t expect a significant recovery in inflation in Canada.

Projections indicate that Canada’s June monthly core CPI will come in at 0.3% compared to -0.1% in May. Analysts attribute the difference to an increase in the cost of imported goods.

Projections for nominal monthly CPI are at 0.1% compared to 0.3% in the prior month.