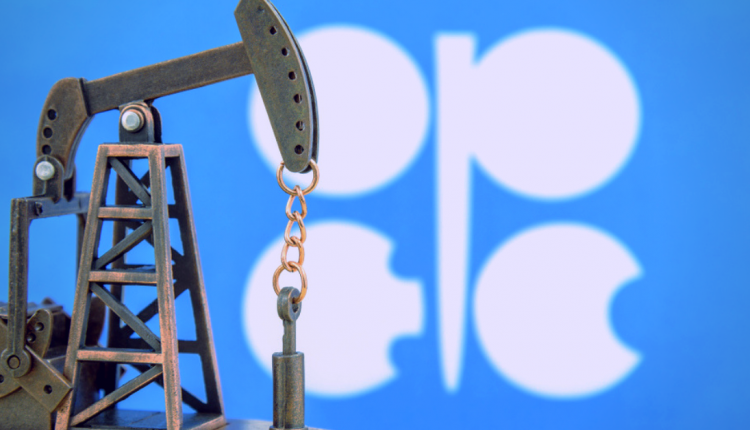 Oil prices have seen renewed buying this week, driven in part by a positive release from the Energy Information Administration.

In its latest report, covering the week ending July 10th, the EIA confirmed a 7.5 million barrel decline in US crude oil inventories. This latest decline takes the total inventory level to 531.7 million barrels.

This decrease was far deeper than the 2.1 million barrel drop the market was looking for. It reflects a large increase in activity and demand as lockdown measures continue to ease in the US.

Looking at the breakdown of the data, the decline was predominantly driven by the drop in imports. These fell by 2 million barrels per day over the week.

Crude oil imports have continued to trail off in the US following the end of the receipt of Saudi oil shipments booked during the Saudi/Russia driven price crash earlier in the year.

Movements in gasoline stores over the week created further upside pressure with the EIA reporting a 3.1 million barrel decline. This, again, was far beyond the 643k barrel drop the market was looking for and supports the view that economic activity in the US is continuing to rebound.

The summer is typically the highest period of demand for gasoline due to the “summer driving season.” Recent data is suggesting that demand is picking up firmly, reflected in these lower inventories figures.

Distillate stockpiles, which include diesel and heating oil, were also lower over the week falling by 453k barrels. This was in stark contrast to the 1.5 million barrel increase forecast and has helped further support crude oil prices.

Broadly speaking, the fundamental backdrop for oil remains supportive. As countries around the globe continue to move out of lockdown and industrial output and trade levels begin to rise again, demand for crude is expected to continue rising.

As we move through this month, the main focus will be on whether OPEC+ looks to extend its current production cuts or if it begins to ease out of them at month-end.

Given how fragile the global economic environment is, and the risks and uncertainty around the potential for a second wave of the virus, oil prices might reverse recent gains if further production cuts aren’t secured.

Crude Continues To hold at 61.8% Retracement 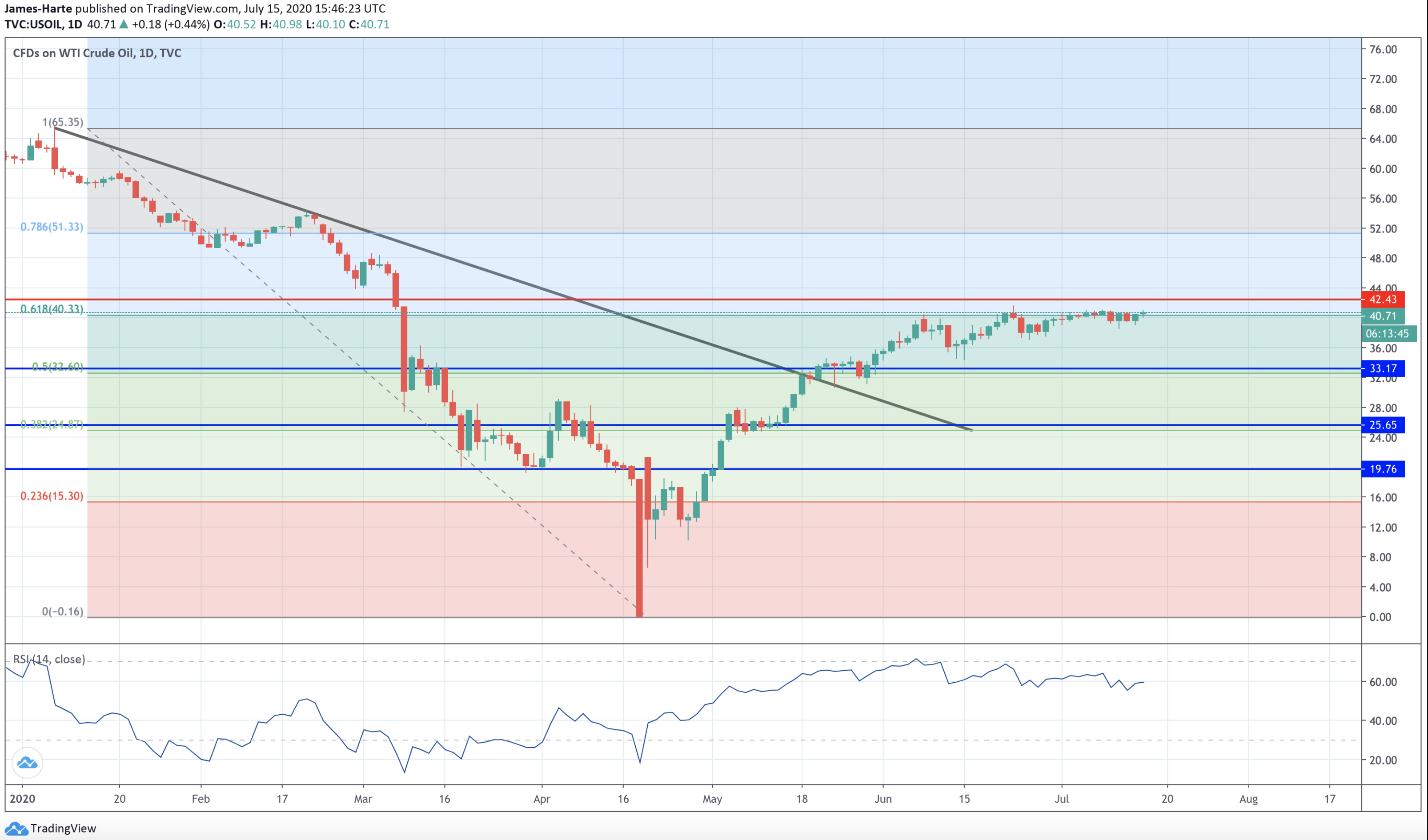 For now, crude oil remains capped by the 61.8% retracement of the decline from 2020 highs. However, having broken above the bearish trend line from earlier 2020 highs and while above the 33.17 level, the focus remains on further upside and an eventual break above the 42.43 level.

With bearish RSI divergence noted, however, there are downside risks. A break below the 33.17 level will affect a change in view.