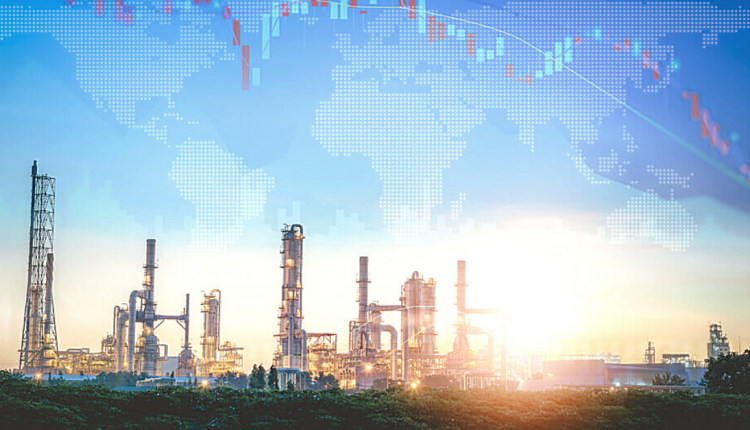 Crude oil prices continued to trade with very little momentum this week. The latest data from the Energy Information Administration this week have added to fears over the health of the post-lockdown recovery.

The EIA reported that in the week ending July 17th, US crude inventories rose by a further 4.9 million barrels. This increase was in stark contrast to the -2.1 million figure the market was looking for. It takes the total inventory level back up to 536.6 million barrels.

At this level, inventories are around 19% above the five-year average for this time of year.

Despite the rise in the headline crude inventories figure, gasoline stocks were seen continuing their recent downward trend, falling by 1.8 million barrels over the week. However, this decline marks a far shallower drop than we have seen in recent weeks. This suggests that demand for fuel is not increasing as much as first thought.

Gasoline products supplied, a proxy measure of gasoline demand, was seen averaging 8.6 million barrels per day over the past four weeks. This marks a 9.5% decline on the same period last year.

Distillate stockpiles were higher over the measured period also, with inventories increasing by 1.1 million barrels per day. With this latest increase, US distillate inventories are now around 27% above the five-year average for this time of year.

The theme of this latest report from the EIA has been a loss of demand. The report shows that the total products supplied category over the last four-week period averaged just 17.9 million barrels per day. This marks a decline of 14.6% on the same period last year.

Rising fears regarding the risks of a second wave of the virus in America have moved back to the forefront this week. This comes following an address from President Trump. He told the nation that the pandemic would likely “get worse before it gets better”.

This marks a departure from Trump’s usual dismissive tone and has raised fears over the prospect of renewed lockdowns in the US. If seen, would pose significant downside risks to US crude demand. 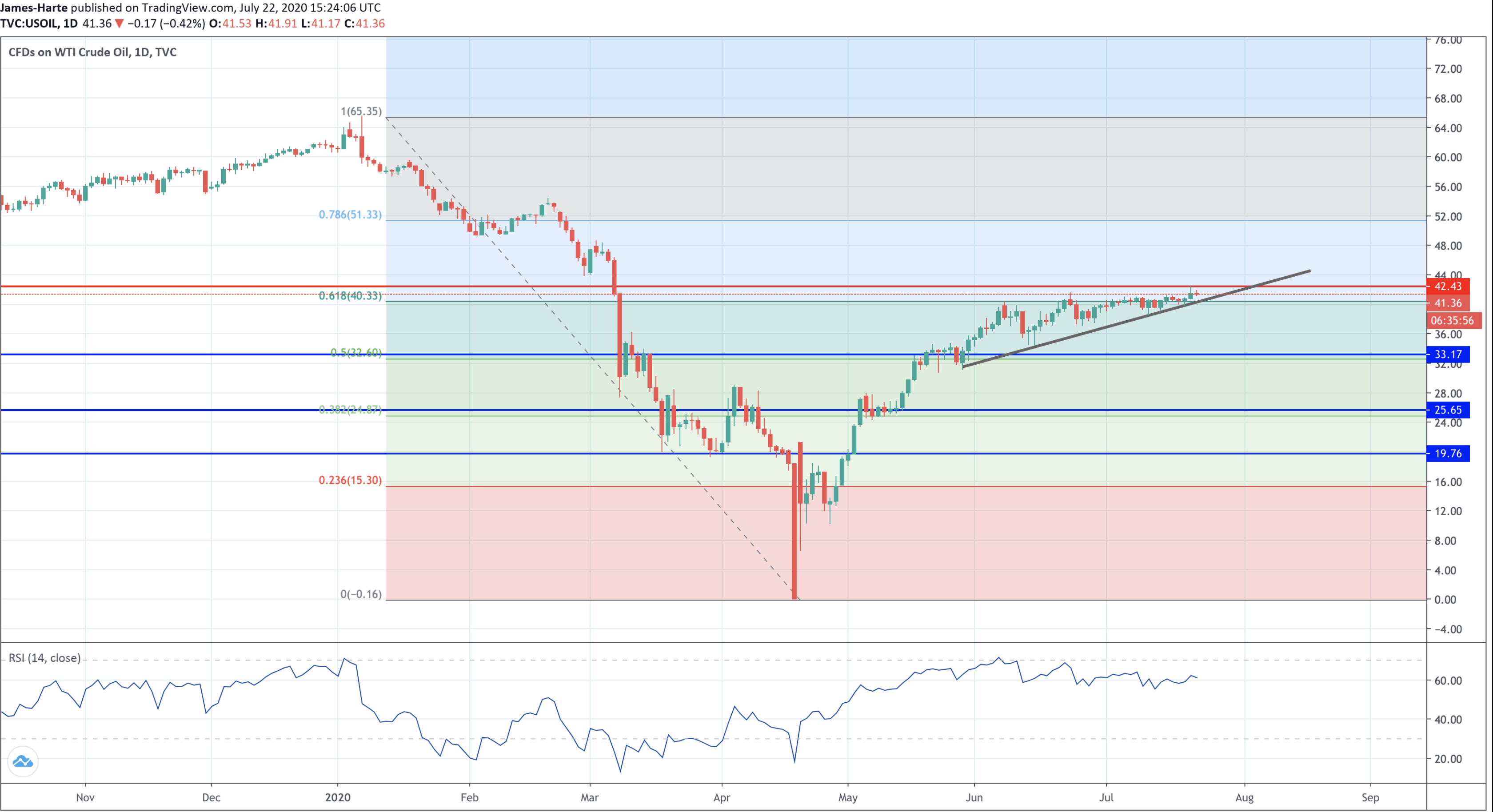 The technical picture in crude oil looks much the same as it has over each of the last eight weeks with price continuing to trade just ahead of the 42.43 level, around the 61.8% retracement from 2020 highs.

Supported by the local rising trend line, which is forming an ascending triangle pattern against the level, the focus is on a further grind higher and an eventual breakout.

However, the RSI indicator is flagging bearish divergence and downside suggesting the risk of a reversal lower.