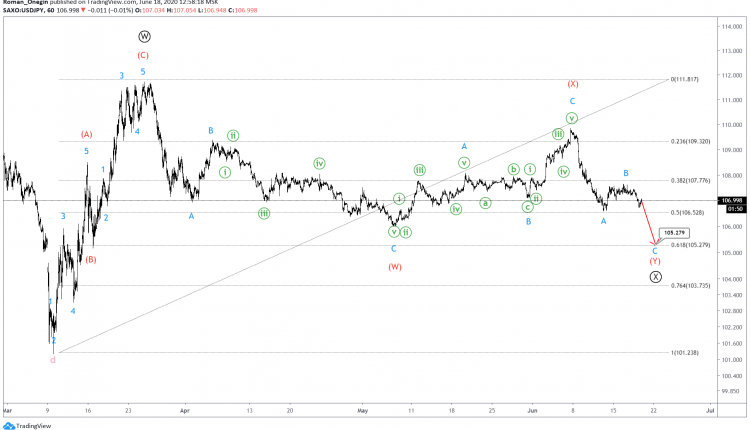 We talked about the bullish double zigzag pattern forming on USDJPY a couple of weeks ago. It consists of primary sub-waves Ⓦ-Ⓧ-Ⓨ.

The primary wave Ⓧ is on its way to completion. Its formation resembles a bearish double zigzag (W)-(X)-(Y) and it is of the intermediate degree. Currently, wave (Y) is being constructed. 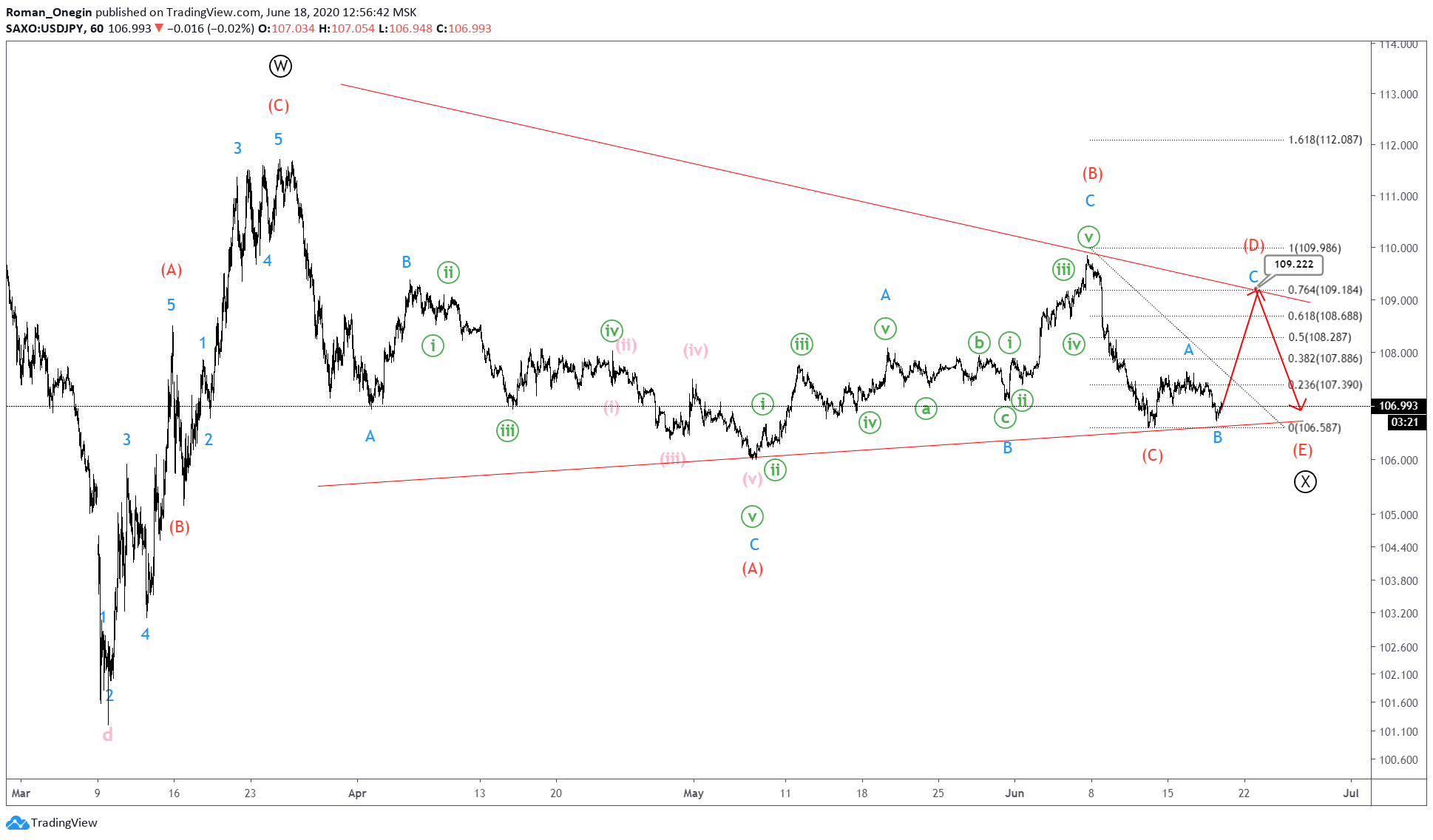 An alternative scenario suggests that intervening wave Ⓧ could take the form of a triangle. This would consist of intermediate sub-waves (A)-(B)-(C)-(D)-(E).

This scenario assumes that USDJPY has formed its first three sub-waves and it is on its way up in wave (D).