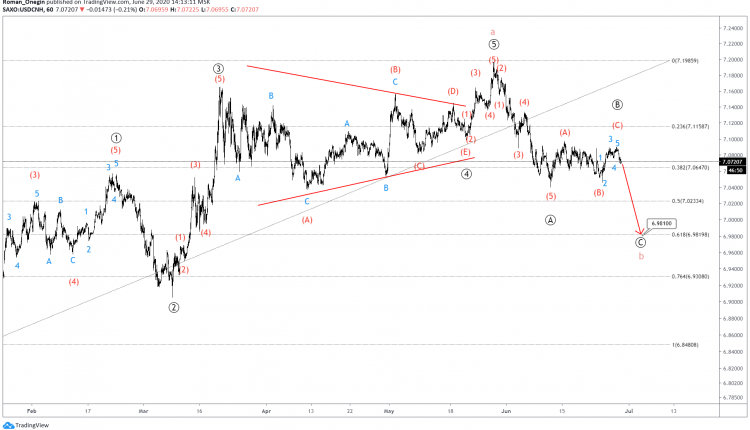 The current USDCNH structure shows a completed bullish impulse consisting of primary waves ①-②-③-④-⑤. The 5-wave pattern is part of wave a of a cycle degree a-b-c formation.

Cycle wave b is a bearish zigzag consisting of waves Ⓐ, Ⓑ, and Ⓒ. Waves Ⓐ and Ⓑ are fully complete, whereas wave Ⓒ has just begun. 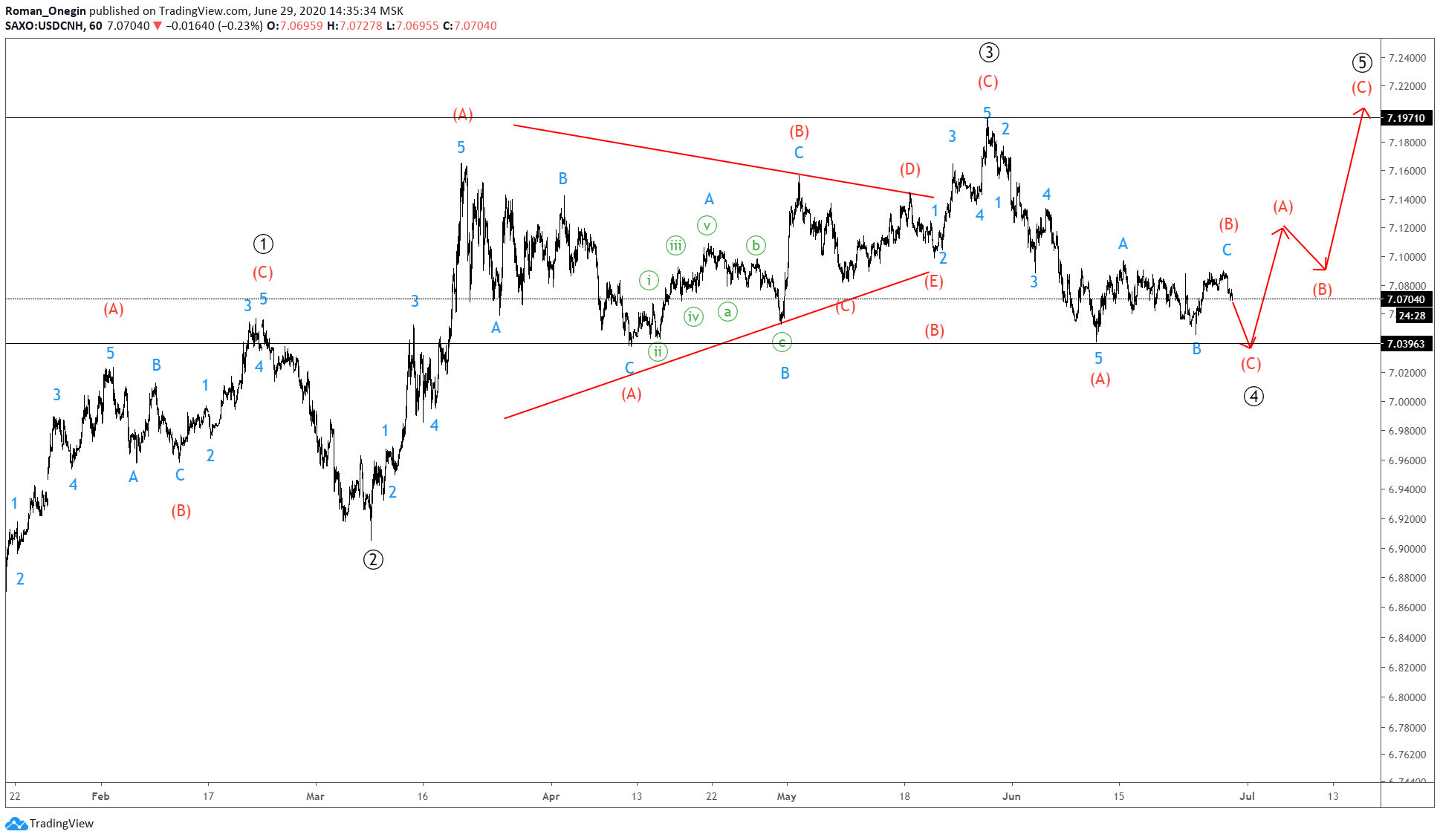 A birds-eye view suggests an alternative scenario where the primary-degree structure takes the form of an ending diagonal.

In this case, all sub-waves are zigzags consisting of intermediate waves (A), (B), and (C).

If the hypothesis is correct, wave ④ could complete near 7.039. This is the low of wave (A). This could be followed by a final bullish zigzag above 7.197 – i.e. above wave ③.

Euro Struggles to Breakout Above Resistance