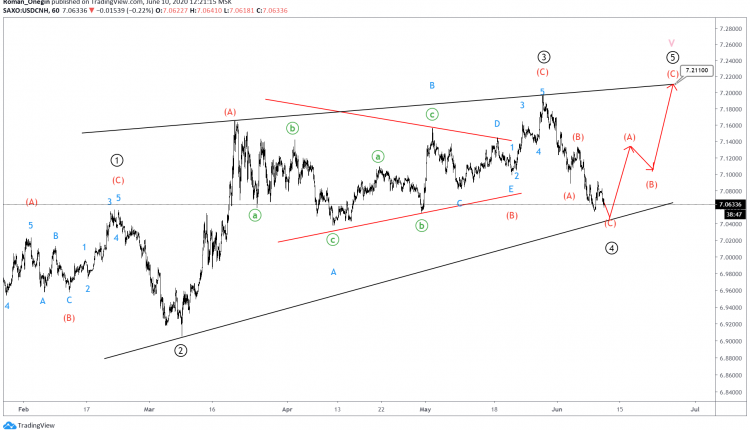 USDCNH seems to be forming a cycle degree wave V which is taking the form of an ending diagonal and consists of five primary sub-waves ①-②-③-④-⑤.

At the time of writing, the corrective wave ④ is more than halfway through its completion.

Most likely, in the short term, we could see a slight decline in intermediate impulse (C). Then, the bullish wave ⑤ could form another zigzag consisting of sub-waves (A)-(B)-(C).

The upside rise could reach the 7.211 area. The level is on the resistance line. 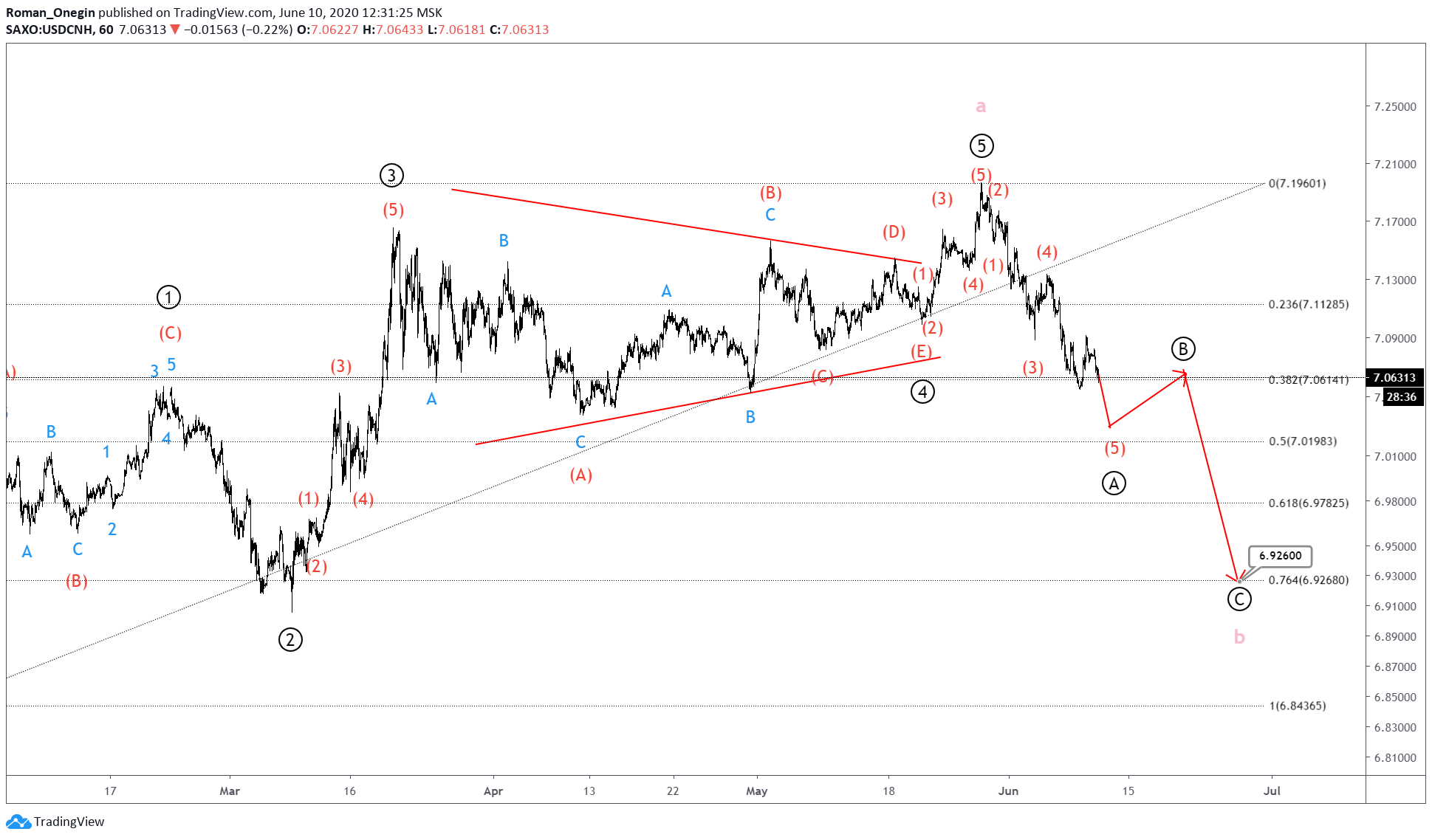 In this situation, an alternative scenario is considered. According to this view, instead of an ending diagonal, we are forming a simple cycle degree a-b-c zigzag.

If this hypothesis is correct, then in the near future we could see the completion of this construction near 6.926.

At that level, wave b will be at 76.4% along the Fibonacci lines of wave a.

What Do the US Protests & Riots Mean for the Markets?