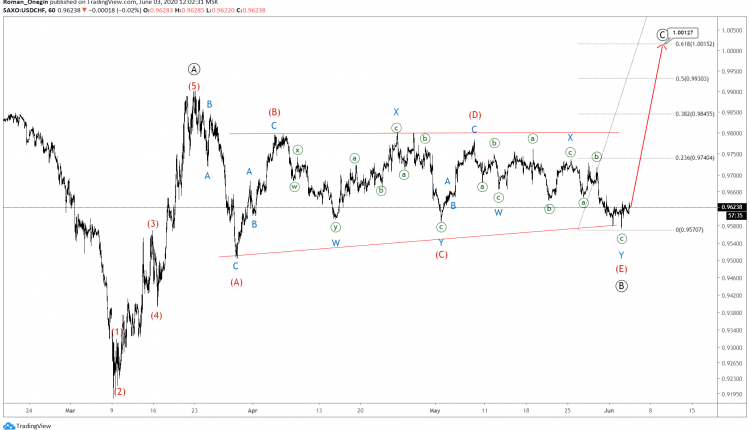 USDCHF seems to be forming a bullish zigzag that consists of primary sub-waves Ⓐ-Ⓑ-Ⓒ.

The market has completed an impulse wave Ⓐ, which was followed by a horizontal contracting triangle in wave Ⓑ.

It seems that the pair has now begun to form the initial part of the final impulse Ⓒ. 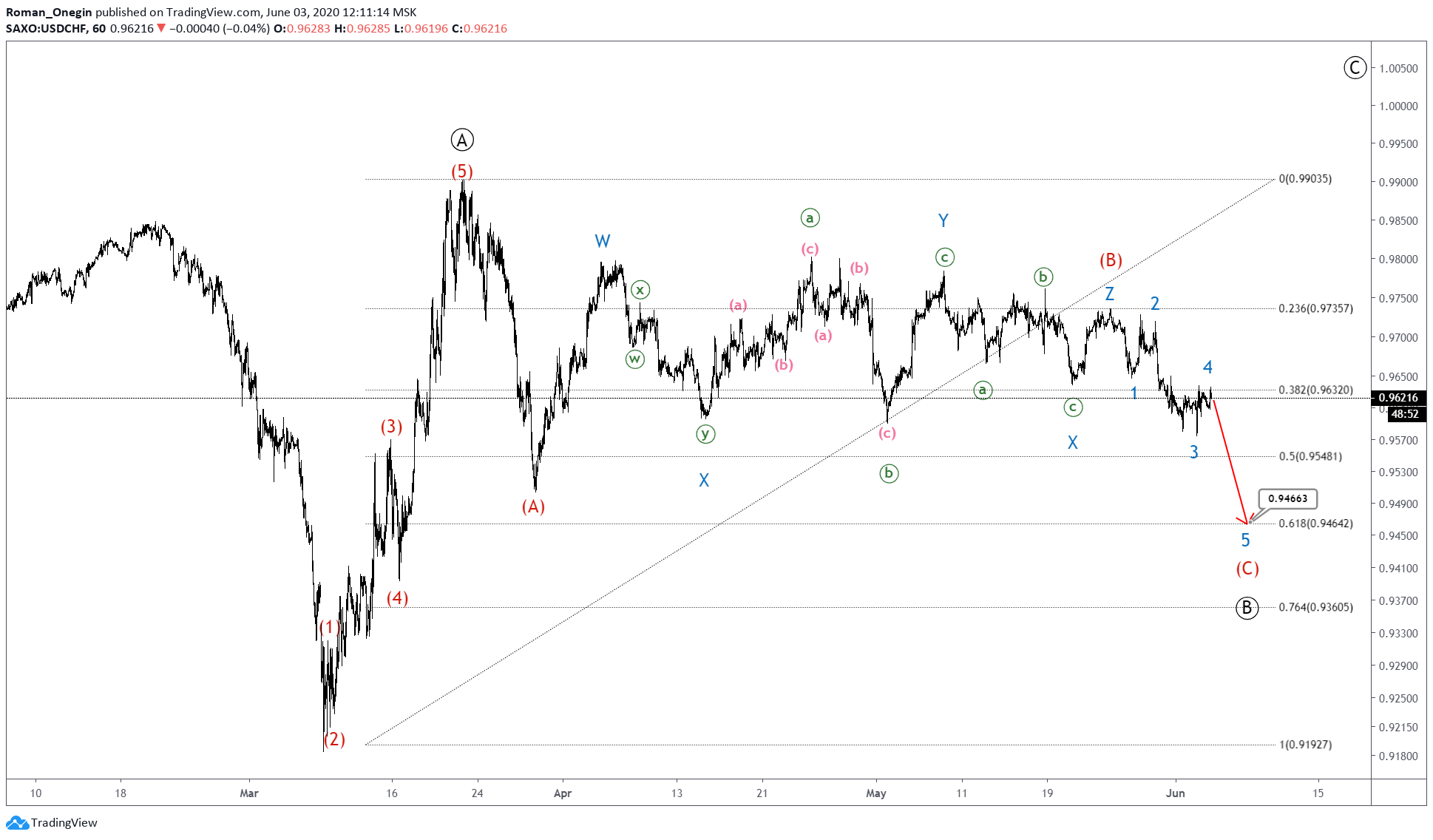 However, an alternative scenario is indicative of an incomplete correction Ⓑ.

It would appear to consist of intermediate sub-waves (A)-(B)-(C) and a standard zigzag pattern, where, currently, prices are structuring an impulse in wave (C).

Wave 4 looks fully complete at the time of writing. This is a signal for a bearish move in wave 5.

Test your strategy on how the CHF will fare with Orbex - Open Your Account Now.
analysis_enElliott WaveUSDCHF
0 1,196
Share FacebookTwitterGoogle+LinkedinPinterestTelegramWhatsAppEmailPrint