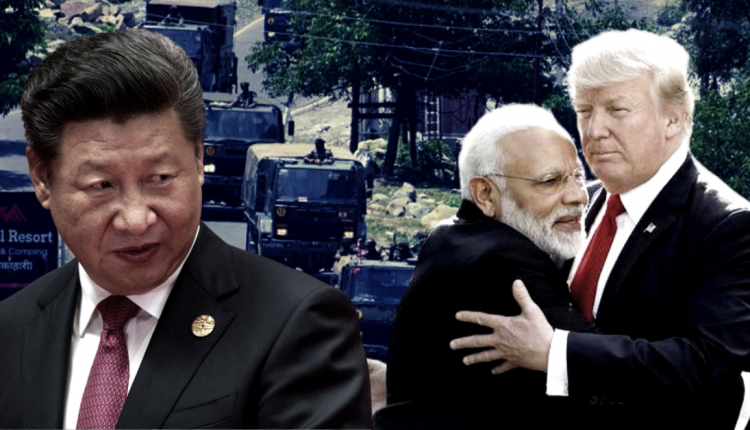 Donald Trump has confirmed that he is involved in the dispute between China and India. This spooked equity markets late last week.

The US President told reporters at the White House that he is acting as a mediator between the two nations in an attempt to help them resolve the current friction.

Speaking with reporters briefly before heading to his first election rally over the weekend, Trump said

India has received widespread support from the global community over an incident last week where Indian soldiers were killed by Chinese troops during an illegal incursion into the Eastern Ladakh region.

The Chinese Army has reportedly made a string of such incursions across the Line of Actual Control. This was all in an effort to claim part of the Himalayan region as its own.

Reports indicate that as many as 20 Indian soldiers died during the clashes in the Galwan Valley. India reported that as many as 35 Chinese soldiers were killed by its troops defending the border.

In a speech made last week, the US secretary of state, Mike Pompeo, said:

“On land, for the sake of grabbing territory, the PLA appears to have instigated the most violent clash between China and India since those nations went to war in 1962…Needless to say, the rest of the world has watched with grave concern this violent exchange between two nuclear states. We are encouraging de-escalation and hoping for peace”.

Risk sentiment weakened in response to the clashes. This is because there are fears of a broader conflict developing. The allegiance between the US and India has strengthened over recent years as India has sought the US to act as an ally against Chinese aggression.

The market now waits to hear if the US is able to help resolve the situation without any further bloodshed.

The Indian Rupee has weakened materially against USD over the year so far. However, there are signs now that a potential reversal could develop.

The move up into the 77 level highs came with a strong bearish divergence on the RSI indicator. The correction to that level looks to be forming a head & shoulders reversal pattern with a supporting neckline at 75.

Bears will need to see a break of the level to confirm the reversal. And this would put focus on the 72.4196 level as the next main support.

The Week Ahead: A Friendly Reminder