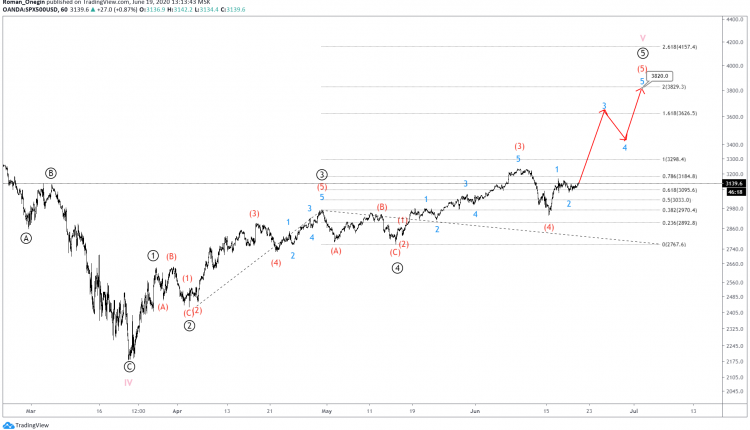 The current SPX500 structure hints to a bullish impulse pattern of a cycle degree consisting of primary sub-waves ①-②-③-④-⑤.

Presumably, the first four parts of this impulse are already fully complete, whereas wave ⑤ is still under construction.

We can see that the formation of an intermediate impulse wave (5) has recently started inside the primary wave ⑤. Its completion is possible near 3820.0.

At that level, primary impulse wave ⑤ will be at the 200% of wave ③. Therefore, taking into account the current proportions of the impulse, the probability of reaching this level is high. 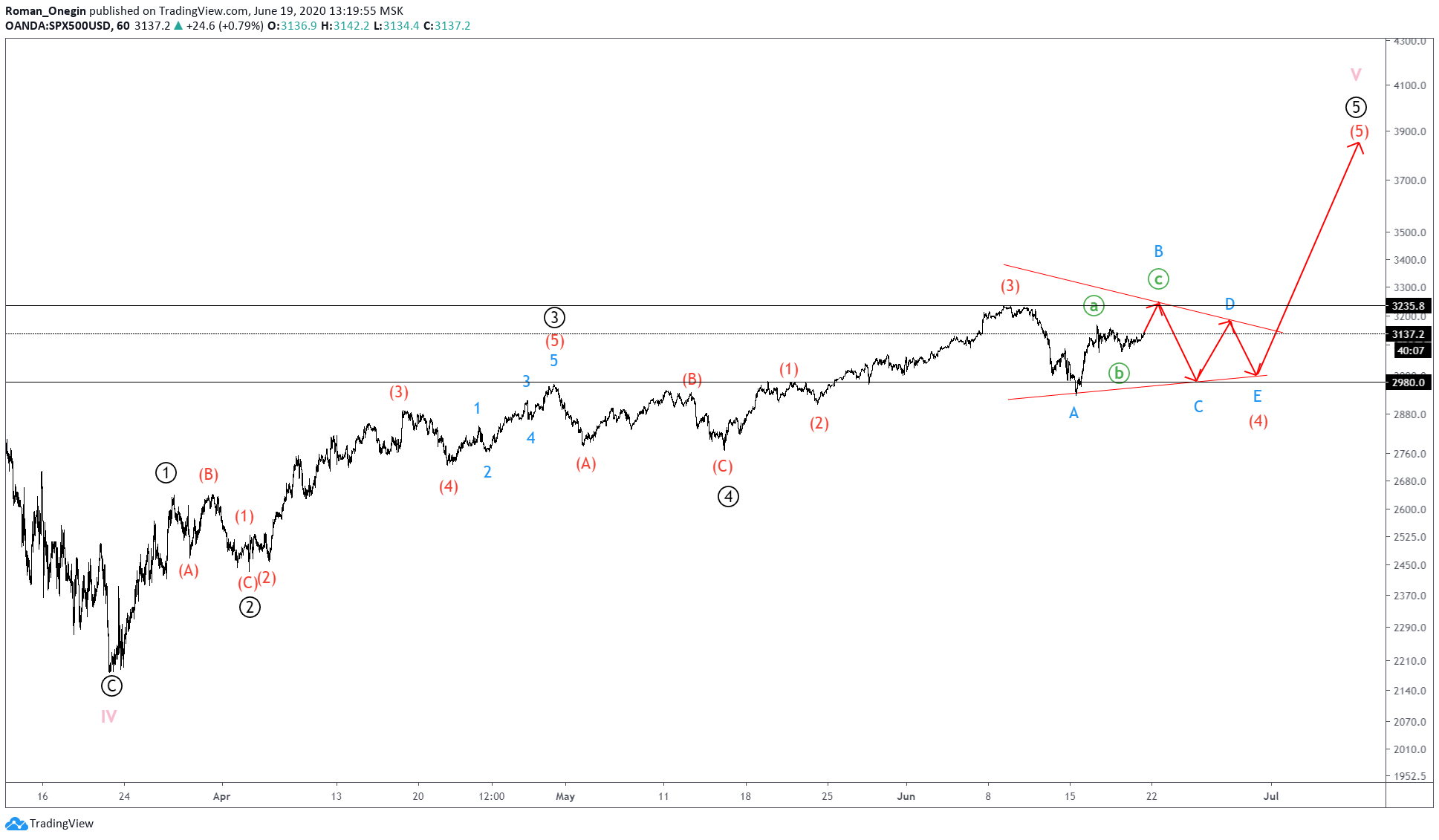 If we consider an alternative scenario, we will see that it is possible that the formation of an intermediate corrective wave (4) has not yet completed, since it could be a horizontal triangle.

According to this hypothesis, a minor wave B is now forming. It is a zigzag that could complete near 3235, the target would respect the tenancy of the previous maximum that the wave (3) formed.

Then the market could expect a decline in wave C to the 2980 area, i.e. wave C may not reach the end of wave A a little.

Euro remains on the backfoot