Is Trump Getting Desperate? 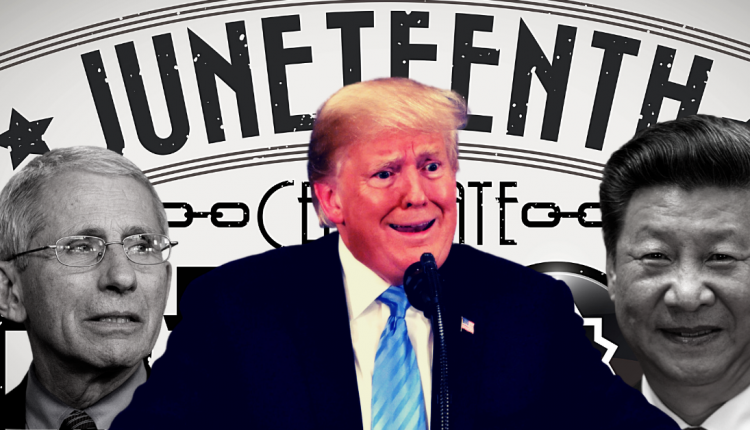 Trump’s presidency has been controversial, to say the least.

Yet, despite the many scandals and controversies, including impeachment, Trump has always seemed to land on his feet.

However, recent crises appear to have changed that narrative. It looks as though, for the first time, Trump is grappling with the very real possibility of losing his presidency.

This is out of character for a man who didn’t even seem to entertain that as an option during his impeachment trial.

The trade war with China was initially positioned as a national rallying cry for the country’s agricultural and manufacturing workers. However, it eventually went on to damage the very sectors it was supposed to support.

Farming and production both suffered severely as a result of Trump’s tariff war. As such, his longstanding support within this demographic became heavily diluted.

Towards the end of 2019, however, it looked as though some of this support was returning. This came as Trump proclaimed himself the champion in the war, achieving a “great victory” for the country’s farmers and manufacturers as a result of his watered-down trade deal with China.

That said, his diluted support then weakened further as the COVID crisis ballooned.

Trump initially faced criticism for being slow to act. He then was blasted for being inefficient in providing PPE and testing. And, ultimately, he was condemned for moving out of lockdown too quickly.

In all three circumstances, though, he provoked outrage for wasting countless American lives.

His attempts to deflect criticism by placing blame on China and re-igniting tensions there failed to garner support from American voters. In fact, the public blamed Trump for the excessive loss of life due to his missteps in dealing with the crisis.

Social and political unrest ballooned following the killing of George Floyd over a fortnight ago. Now, this appears to be presenting a devastating threat to President Trump’s re-election chances in November.

Trump faced criticism for meeting the national protests with a poorly judged authoritarian approach. This mainly included his threats to deploy troops nationwide.

Trump has been caught off-guard throughout the course of the entire situation. Protests are now running across two weeks in more than 700 US cities. And, throughout it all, the president has appeared outdated, antiquated, and in many circumstances has been accused of racism himself.

In an apparent effort to help address his plummeting poll rankings, Trump has now announced that he will be taking to the campaign trail.

He seems to be hoping for high media coverage of the packed rallies of his election campaign, in order to lift his ratings the president, This, in turn, is placing him under fire for dismissing the importance of the BLM protests as well as the threat that still remains from COVID-19.

The US infection rate topped 2 million last week. Meanwhile, the death toll still sits at around 1000 people a day.

In a further sign of ignorance, Trump announced his first rally date as June 19th.

As a result, he eventually had to move the date to the next day following widespread criticism.

Bearing all this in mind, it seems quite clear that Trump is somewhat desperate now that he sees his re-election chances plummeting.

However, with both the civil and humanitarian crises still raging in the US, it seems unlikely his rallies will do little other than damage his ratings further.

The DOW JONES suffered its largest daily drop last week since the COVID crisis began. Price failed at the test of the 27435 resistance. It has since traded back down to retest the bullish trend line. This is holding for now.

The trend line has been a key pivot for price action over the last year and a break back below the level and 24624 support will put focus on the 22943 level next.

The Week Ahead: Long March