How Long Will the Risk Rally Last? 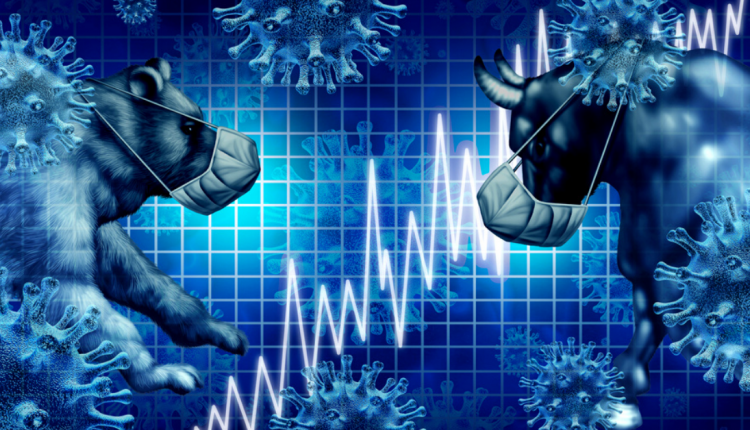 The media tends to focus on specific events that might have a short term impact, such as the ECB raising asset purchases (which buoyed the euro as expected.) However, such a consistent move in investor sentiment generally implies a combination of factors pointing towards optimism.

The S&P 500, the premier gauge of equities in the US, has recovered 40% since touching the bottom at the end of the best 50-day stretch in history.

Just as the crash from COVID-19 was historic, so too appears to be the recovery. Another example is that the AUD, a strong correlation of risk sentiment, has not only recovered all its losses since the beginning of the outbreak but is actually moving higher.

At this point, whether we are talking about a V-shaped or U-shaped recovery seems to be something of a semantic argument.

But, Will it Last?

Risk sentiment buoys markets until it doesn’t. If we go by historic trends, a strong downturn is followed by a relatively quick return to a bull market.

Historically, this period was followed by slower growth, but growth nonetheless. Typically, an average gain in the S&P 500 of 6.2% would follow over the next six months. And a 19.4% gain over the subsequent year.

However, the market still has some more to go to recover.

On the other hand, some analysts are pointing at put-to-call ratios showing that the enthusiasm for getting ahead of the presumed upswing in growth might have pushed the market into being overbought. These analysts claim a near-term correction is in the cards. This, however, is before we take into account the delayed economic impact from the COVID shutdowns.

How Good is the Data, Really?

Friday’s NFP resoundingly beat estimates coming in with the largest increase in jobs ever.

However, as mentioned in the NFP preview, this didn’t correspond so much to job “creation,” but to people returning to the jobs they already had.

Digging deeper into the employment report, we find that permanent job losses were nearly 300K. In a normal scenario, without the distortion of COVID, that would be on par with a major recession.

The data is merely reflecting the economy trying to return to normal. However, there is still the open question of whether the initial (re)growth can be maintained.

As lockdowns end, businesses will hire as they try to return to normal. But if that proves impossible due to the losses during the shutdown combined with new restrictions, we could see another downturn in the next couple of months.

And then there is the worry of a second wave in the fall.

So far, the model for continued optimism is China, which has overcome their outbreak without major resurfacing of the virus as they reopened.

If the world hadn’t subsequently shut down as well, China’s economy would be much better off. The presumption is that this much better off trajectory is what the rest of the world will follow once lockdowns end.

Lagarde; “the Marie Antoinette of Debt”