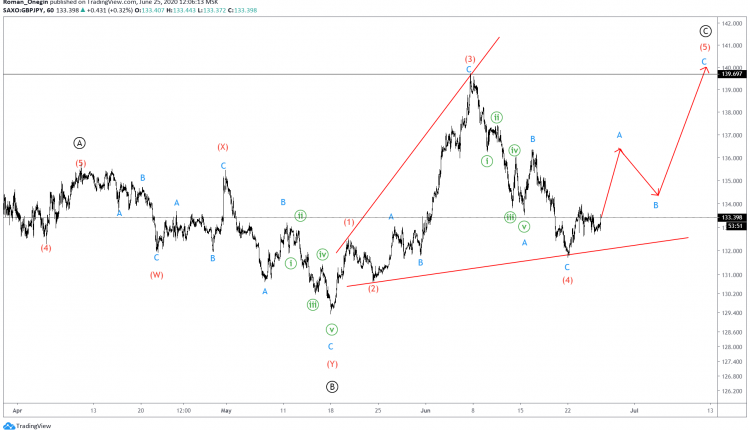 Primary waves Ⓐ and Ⓑ are fully complete. Wave Ⓐ is a 5-wave impulse and wave Ⓑ is a double zigzag. Primary wave Ⓒ, on the other hand, is only partially complete. Its formation points at an ending diagonal.

With 4 parts of the 5-wave pattern having been confirmed at wave (4) already, the intermediate zigzag wave -wave (5) – could carry prices up to the 139.69 resistance. This is where the intermediate wave (3) has registered a high. 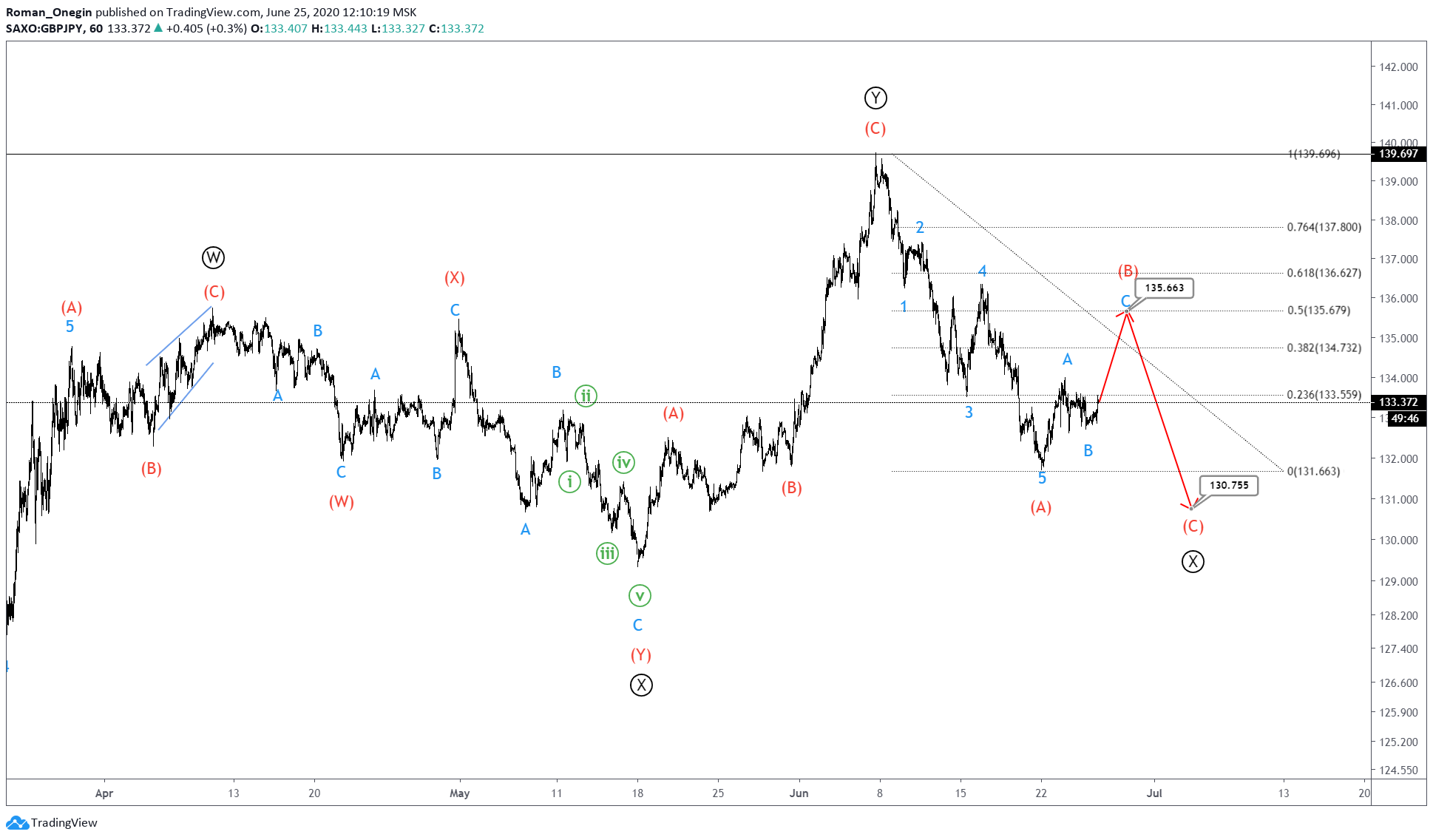 An alternative scenario suggests that the GBPJPY structure is a triple zigzag consisting of primary waves Ⓦ-Ⓧ-Ⓨ-Ⓧ-Ⓩ.

Thus, the (A)-(B)-(C) zigzag currently under development could end its course at the intervening wave Ⓧ.

Prior to Ⓧ being reached, we can expect wave (B) to finish correcting near the 135.66 region. This is where it will be at 50% of the intermediate wave (A).