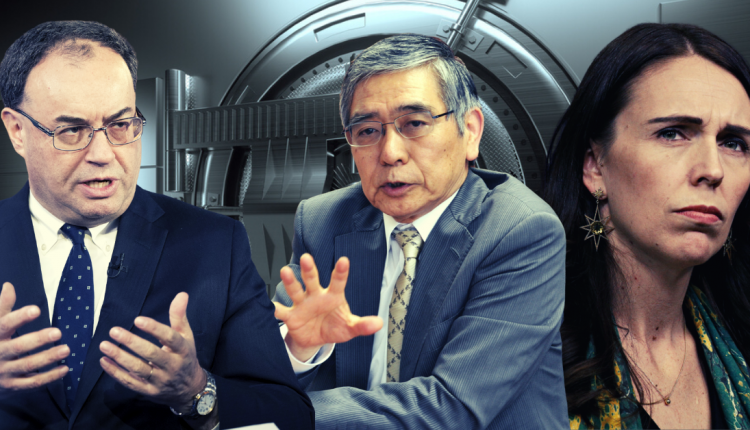 Headline PPI shrank 3.7% on a yearly basis in May. This comes after a 3.1% decline in April. The drop was the biggest fall in PPI in nearly four years.

Economic activity in the euro area fell at the fastest pace in 25 years, official data showed last week. Data from Eurostat saw gross domestic production fall 3.6% on a sequential basis in the first quarter of this year.

However, the pace of declines was somewhat better compared to estimates of a 3.8% decline. The drop in the first quarter reversed a modest 0.1% increase in the fourth quarter of 2019.

Private sector business in the eurozone continues to reel under the effects of the lockdown. The latest survey results from IHS Markit showed that the final composite index rose to 31.9 in May.

This follows the indicators hitting a record low of 13.6 in April. According to the report, the eurozone GDP might contract by over 9% this year.

Consumer prices in the United States saw a slower pace of declines in May. Data from the Labor Department showed that inflation fell a modest 0.1% in May. This follows April’s decline of 0.8%.

Energy prices were a bit better, falling just 1.8% in May, after a 10.1% drop in the month before. Food prices rose by 0.7% during the month. Core inflation, which excludes food and energy prices, also fell by 0.1%.

The Federal Reserve held its monetary policy meeting last week. No changes were made to interest rates nor to the Fed’s asset purchases.

In its economic projections, however, the central bank is of the view that interest rates will remain near zero into the end of next year. There was also talk of possible expansion to the economic stimulus as well.

In April, industrial production grew at a pace of 3.9%. For May, economists forecast an increase of 5.0%. Later, retail sales data is also due.

Forecasts point a fall of 2.3%, which is somewhat slower compared to a 7.5% decline in the previous month.

The Bank of Japan will be holding its monetary policy meeting on Tuesday. Interest rates are forecast to remain steady at -0.10% and the central bank will also be most likely keeping its stimulus plan unchanged.

The BoJ might, however, maintain a cautious tone given the GDP contraction in recent months. Alongside the decline in domestic growth, bleak global demand will probably urge policymakers to maintain an accommodative monetary policy.

UK Unemployment Rate to Rise to 4.7% in May

The monthly labor market report from the UK will be out this week. Following a GDP contraction, the unemployment rate is now expected to rise to 4.7%. This comes after the previous month’s rate was at 3.9%.

The last time the UK’s unemployment rate was at 4.7% was in April/May 2017. Wages, as per the average earnings index, are forecast to rise at a slower pace of 1.4%.

The labor market report comes ahead of the BoE meeting due on Thursday. Speculation is rife that the central bank will boost its asset purchases by an additional 100 billion GBP.

US Retail Sales to Recover from April’s Lows

Retail sales out of the US this week might offer some cheer. Economists forecast a rebound in retail sales activity.

The data comes during the time when the United States has been slowly relaxing the lockdown measures. Later during the week, Fed Chair, Jerome Powell is expected to testify to the US Congress.

New Zealand will be releasing its quarterly economic report this week. Economists widely believe that the New Zealand economy shrunk by one percent during the first three months of the year.

This completely reverses the 0.5% increase in the fourth quarter of 2019. It will also mark the first quarterly GDP contraction since 2009.

Is Trump Getting Desperate?