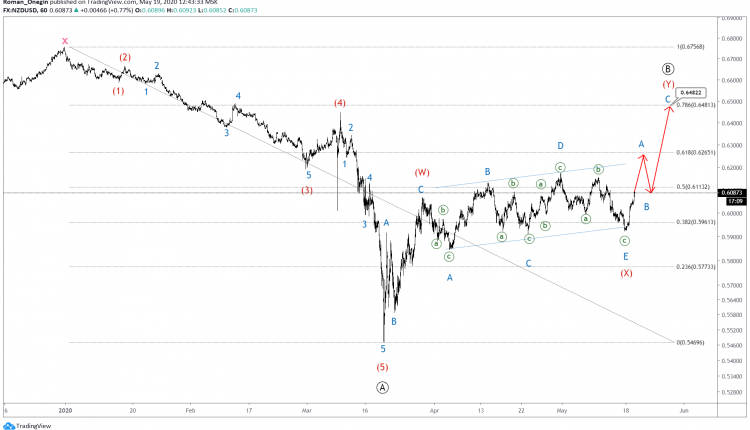 The current NZDUSD structure suggests that the primary Ⓐ-Ⓑ-Ⓒ zigzag is under development.

The standard ‘three’ pattern has only its 5-wave impulse Ⓐ completed. Wave Ⓑ, which is a double (W)-(X)-(Y) zigzag, is currently under formation.

Wave (W) of Ⓑ is a bullish zigzag, wave (X) a triangle, and wave (Y) resembles an incomplete zigzag.

In the short term, we could see minor sub-waves A-B-C complete intermediate wave (Y) near 0.648. 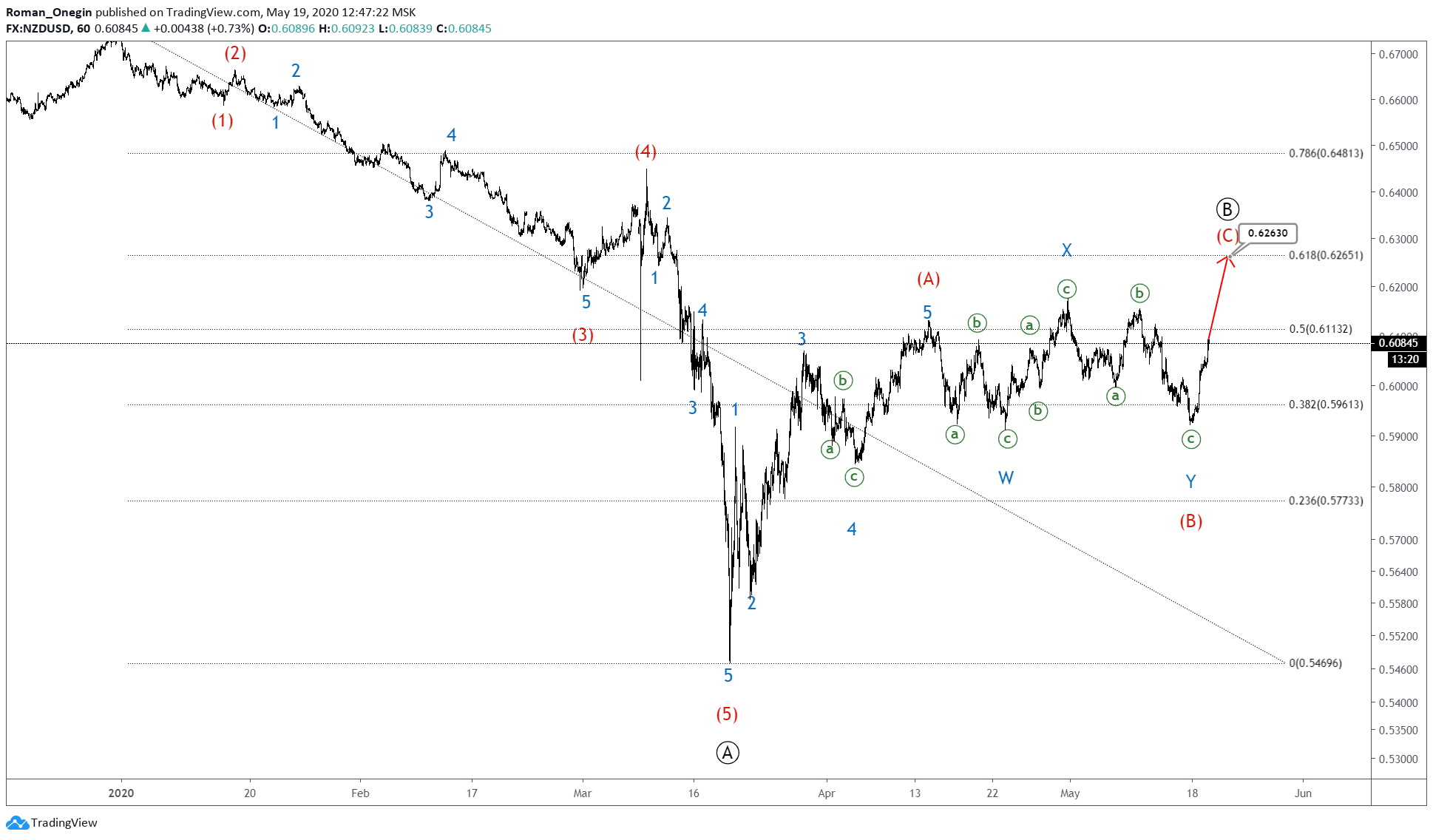 However, an alternative scenario suggests that the primary wave Ⓑ is a bullish zigzag consisting of sub-waves (A)-(B)-(C).

If this hypothesis is correct, then the formation of sub-waves (A) and (B) has been completed. In that case, wave (A) is an impulse, and wave (B) is a double ‘three’ W-X-Y.

Euro Breaks Out to 2-Week High