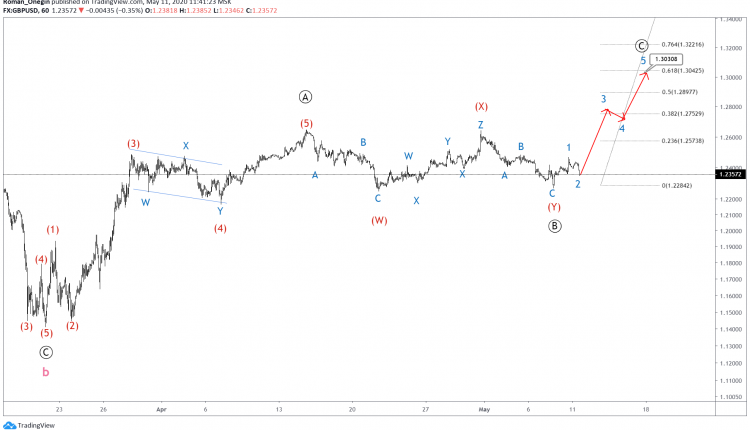 Wave Ⓐ is a 5-wave impulse and wave Ⓑ is a double three consisting of intermediate sub-waves (W)-(X)-(Y). Impulse wave Ⓒ is currently under development.

At that level, wave Ⓒ will be at the 61.8% Fibonacci extension of wave Ⓐ. 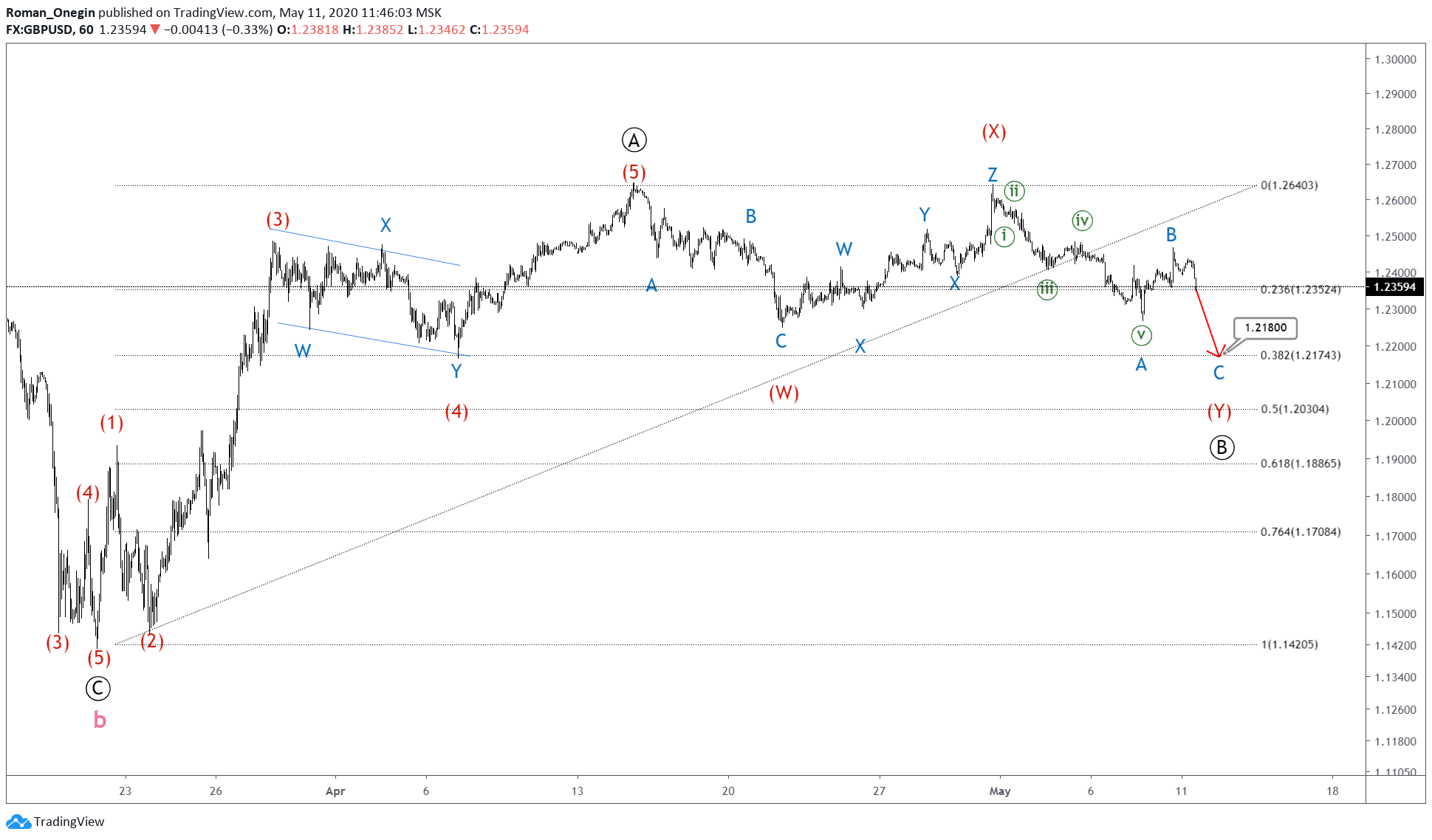 An alternative scenario is considered though. Accordingly, primary corrective wave Ⓑtakes the form of a double three (W)-(X)-(Y). It has not yet completed.

We can expect the zigzag in intermediate wave (Y) to end lower.

Therefore, the pair could continue to weaken in impulse wave C near the 1.2180 area.