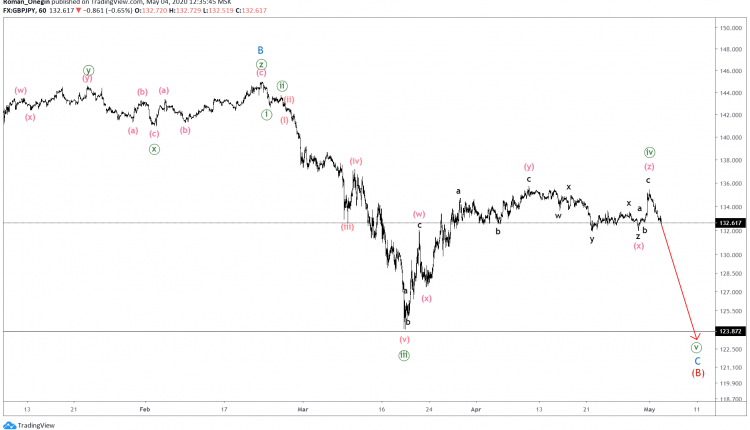 GBPJPY is in a corrective structure in both short-term and medium timespans.

With wave four of the 5-wave impulse completed on a triple zigzag pattern, we can expect minute wave five to conclude minor wave C.

It is worth considering an alternative scenario. According to this view, wave four of the 5-wave downsize move corrective isn’t yet complete. 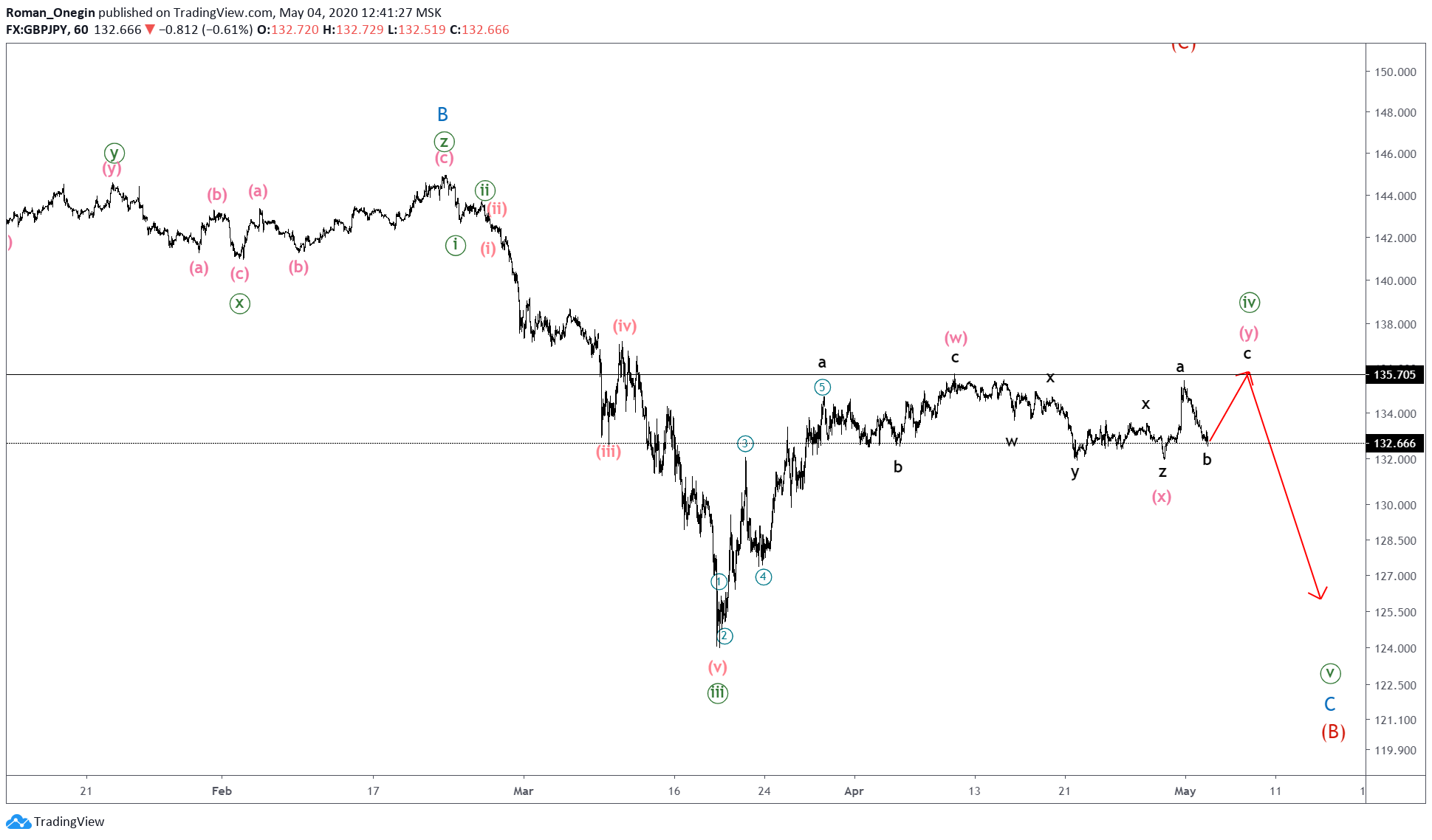 The said wave, in this case, could take the form of a double zigzag rather than a triple zigzag. The pattern suggests that sub-waves (w) and (x) of wave four ended with wave (y) being under development in an a-b-c zigzag structure.

In the short term, we can expect prices to extend up to 135.70 which is the previous high formed by zigzag wave (w).

Afterward, the decline in minor wave C might be seen.