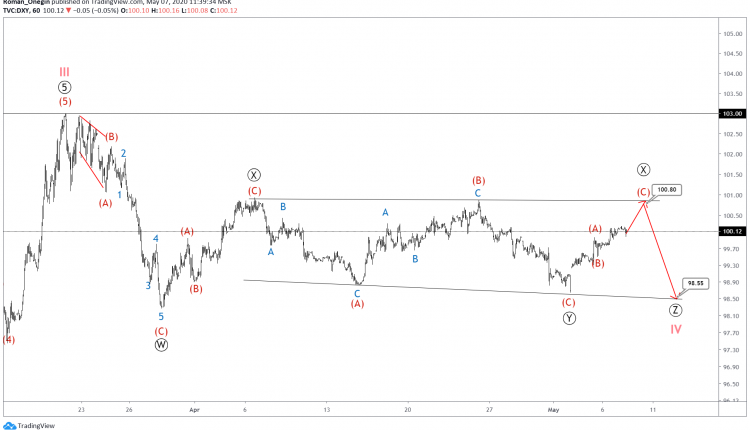 The DXY structure hints to a bullish 5-wave impulse consisting of cycle degree sub-waves I-II-III-IV-V. The fourth wave is currently under development.

Of those, waves Ⓦ-Ⓧ-Ⓨ are completed. The second intervening wave Ⓧ, however, is still under development and could complete its correction as an (A)-(B)-(C) zigzag near 100.80.

After reaching the said level, we can expect wave Ⓩ to take the pair towards 98.55. That is on the support trendline drawn through lows (A) and (C). 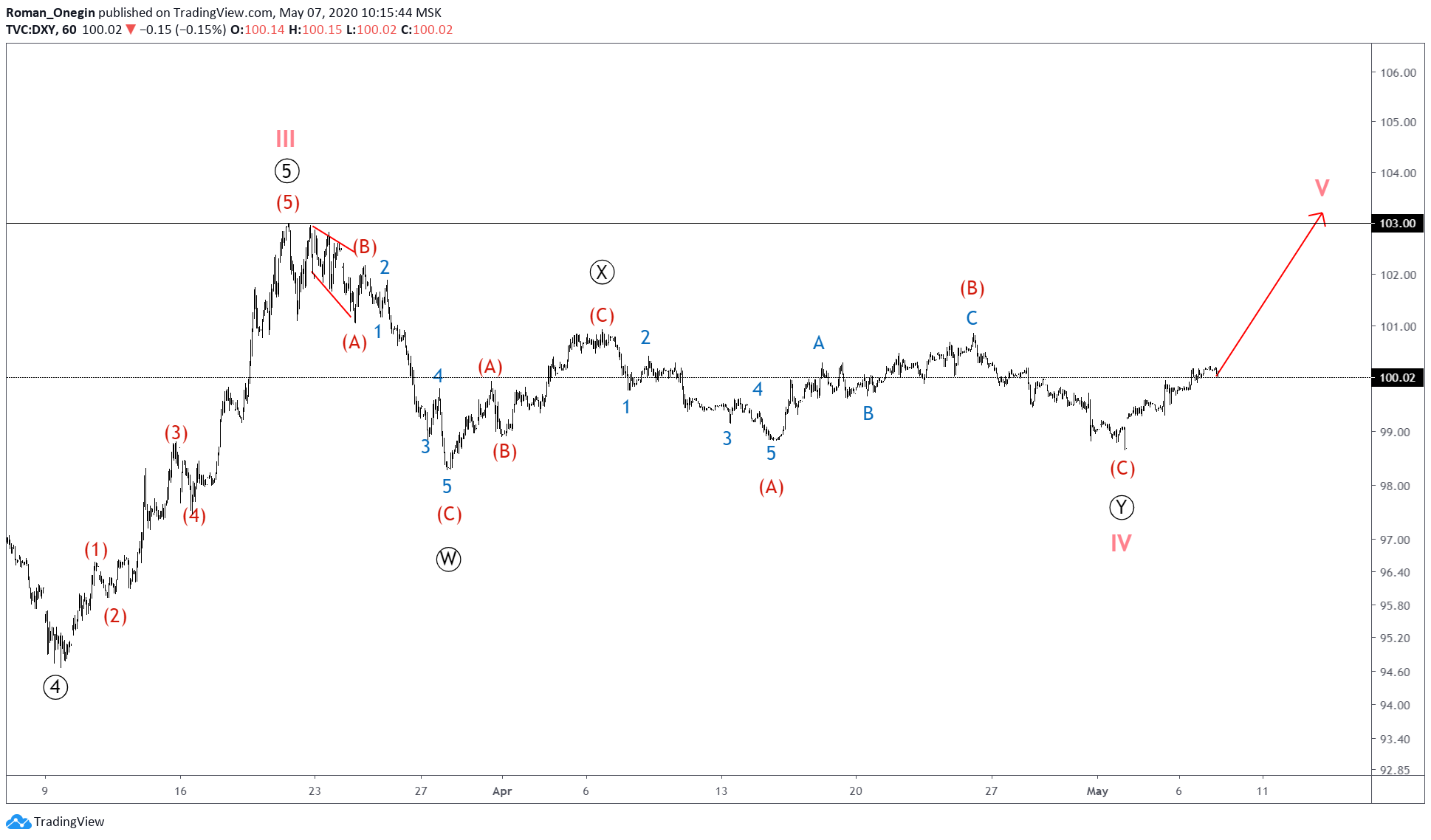 It is worth considering an alternative scenario too. According to this view, corrective wave IV is a double three.

It is likely that wave IV was fully completed by a primary Ⓦ-Ⓧ-Ⓨ zigzag that ended the correction with a truncated wave Ⓨ.

In the short term, we can expect prices to extend up to the previous high formed by wave III, that is, to 103.00. Provided of course, the index first breaks above wave (B)’s highs.

Which Industries Will be Benefited by the Reopening?