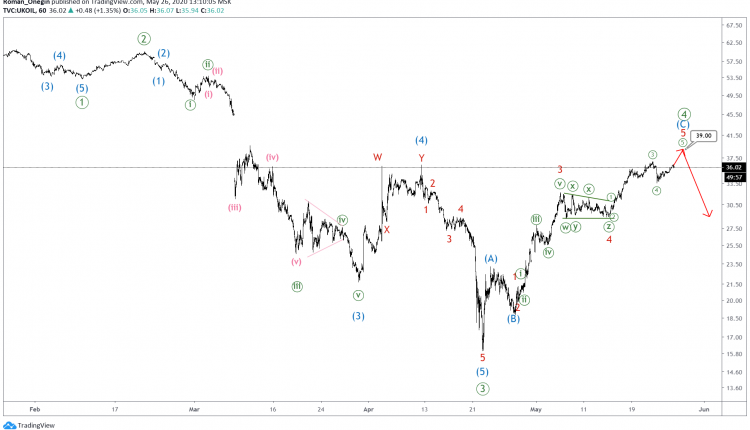 Currently, prices are forming a flat in correction wave ④. The flat is of the intermediate degree (A)-(B)-(C) degree and at the time of writing wave (C) is under development. 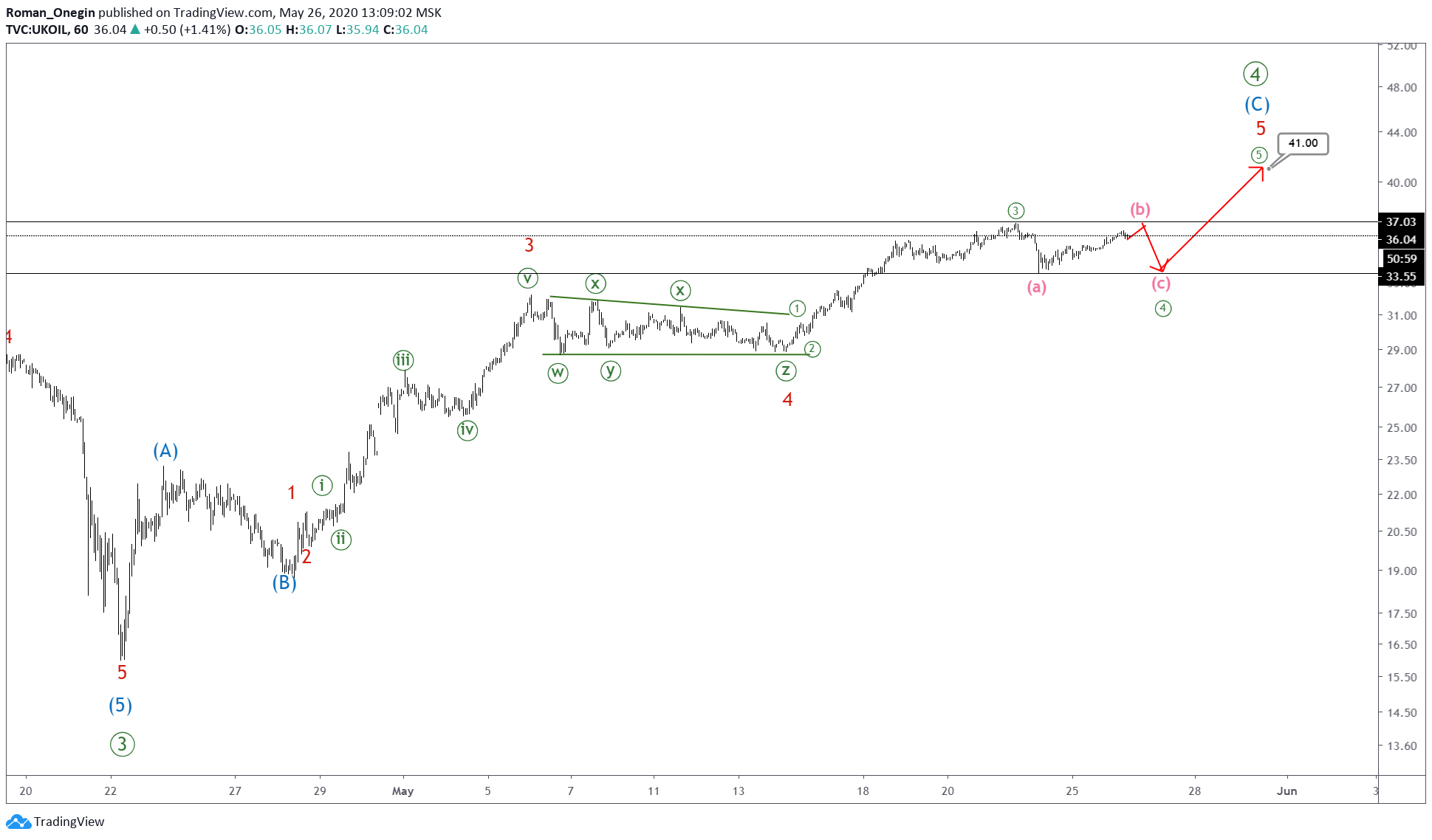 However, an alternative scenario indicates that the primary correction wave ④ may last longer.

In this scenario, we are seeing the minute degree correction wave four taking place.

In the short term, we could see the completion of this correction near 33.55. That is, near the previous low.

Then, markets could rise in the 5th-minute wave. As a rule of thumb, the longer the fourth correction wave lasts, the larger the range of the fifth wave. Wave ⑤ could then end near 41.00.