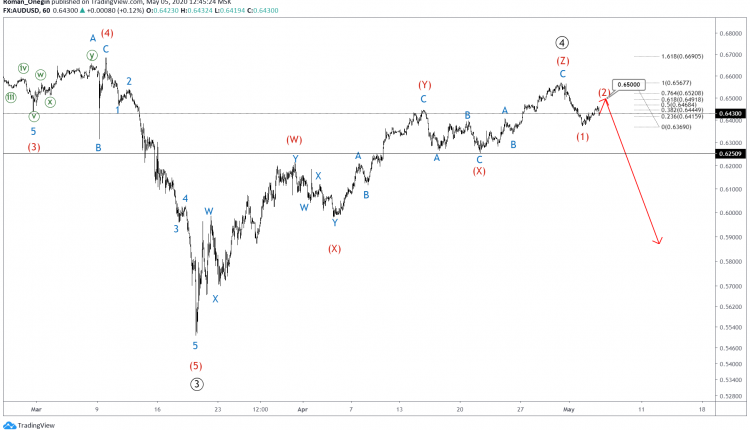 The first four parts of the primary degree pattern appear to be fully completed.

After this correction, we could see a decline in wave (3). That could take us beyond intermediate wave (X)’s low. In other words, below 0.625. 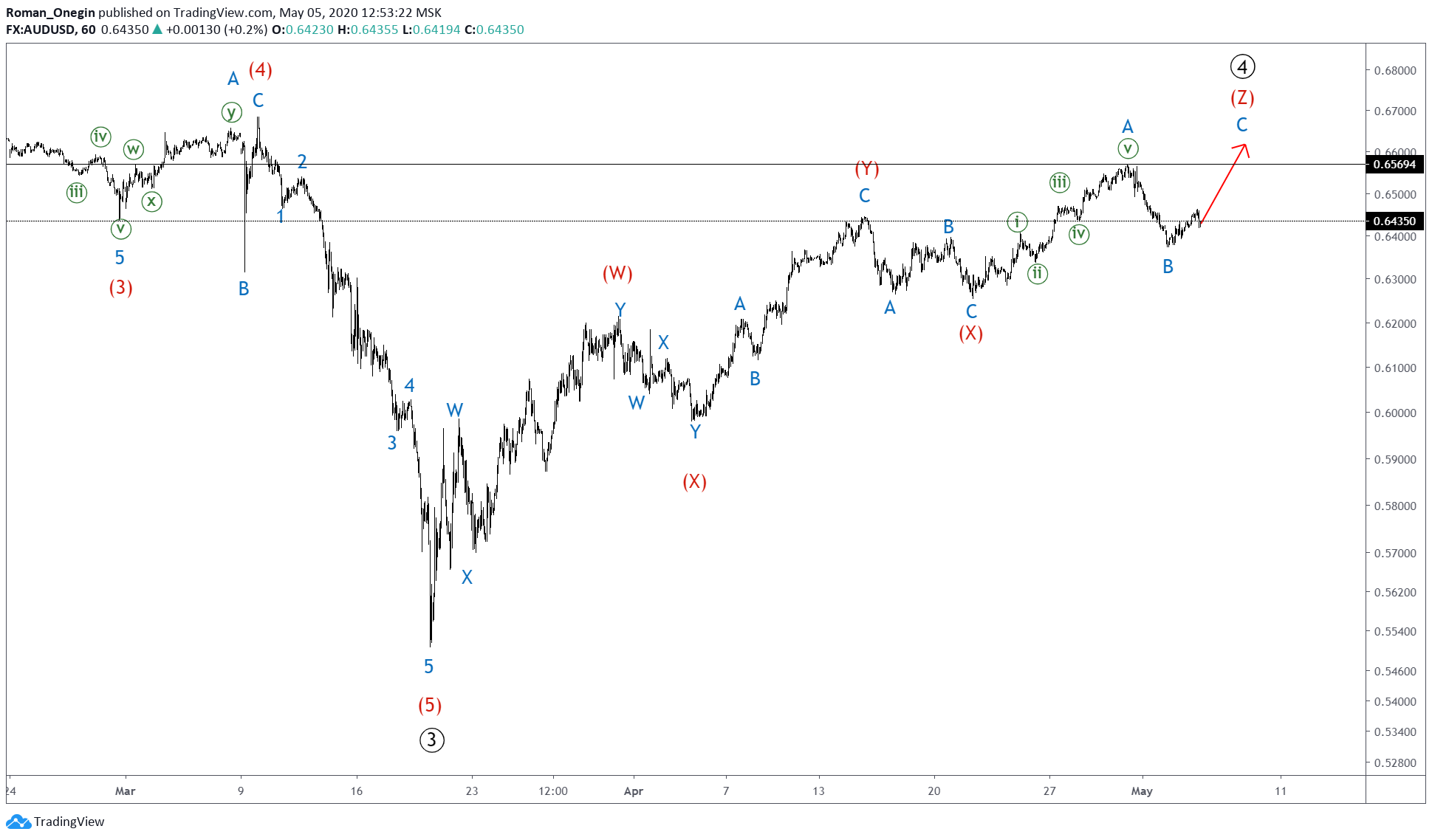 Let’s consider an alternative scenario, as seen above. According to this, the development of primary correction ④ has not yet completed.

The structure of the intermediate degree correction suggests a triple zigzag as indicated by waves (W)-(X)-(Y)-(X)-(Z).

As part of the last corrective move upwards, we could expect a short-term upside in wave (Z) above 0.656 or even higher.

This level, the previous high recorded by minor wave A, will have to break to validate wave C.